The third of four Laois GAA All County Clubs Members Draw was held this evening in the Laois GAA offices with the top prize of €10,000 claimed by Noel Maher from Ballaghmore on a Kyle GAA ticket.

Once again a total of €29,000 in prize money was given out in 25 prizes with 20 different clubs represented.

The second prize of €5,000 was won by Mick Nolan from Slieve Bloom GAA with Dale Phelan from Ballyroan-Abbey taking the €3,000 third prize.

This particular draw is a huge source of finance to Laois GAA clubs. While all clubs must sell a levy with everything from that going directly to the County Board, 90% of every subsequent ticket sold goes directly back to the club.

The fourth and final draw will take place on Friday, June 1. 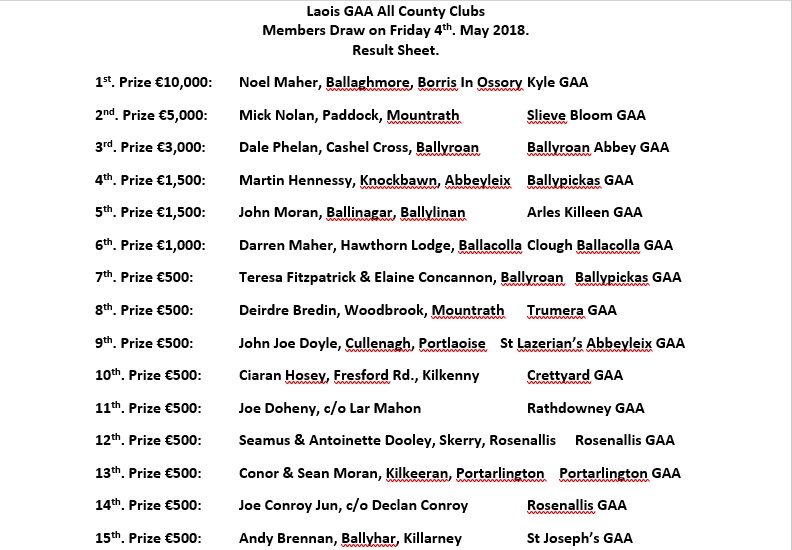 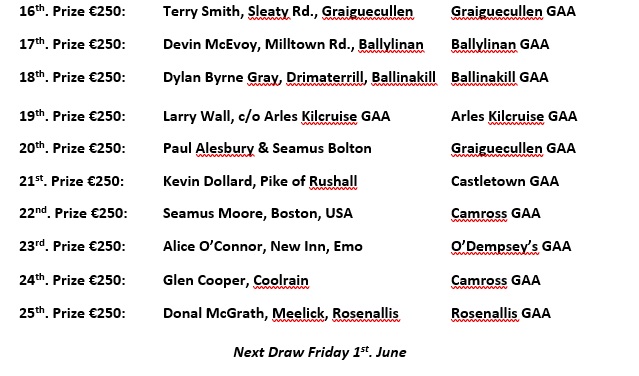