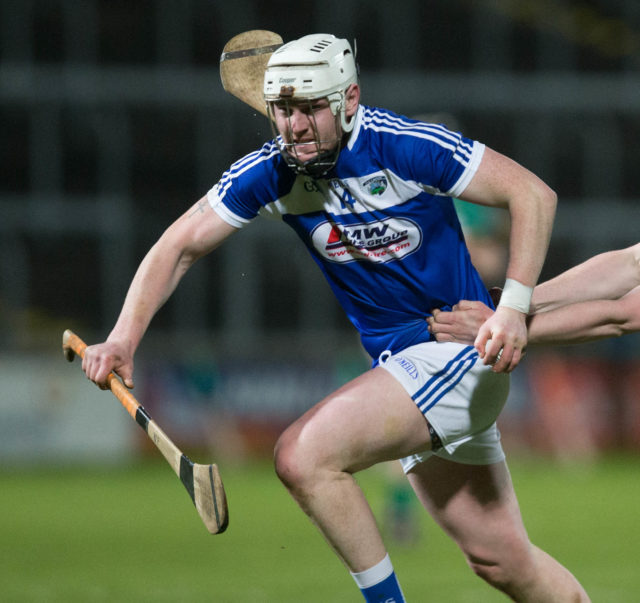 The Laois hurling team to take on Antrim in the Joe McDonagh Cup on Saturday shows five changes from the side beaten by Kerry last Sunday.

Laois take on the Ulster side at 1.30pm in Dunloy and with Laois having lost their opening two games – to Westmeath and Kerry – another loss here will end their slim hopes of making the final of this competition – and also place them in danger of a potential drop to the third tier Christy Ring Cup.

Manager Eamon Kelly has made a number of personnel and positional switches, three of them in defence and two up front.

Out of the starting team go Podge Lawlor, Leigh Bergin and Eric Killeen from the backline while PJ Scully and Stephen Maher make way in the forward line.

Last year’s county minor Ciaran Comerford will make his first championship start as he is named at wing-forward while Joe Phelan, James Ryan, Colm Stapleton and Neil Foyle also come into the starting 15.

Phelan, Ryan and Stapleton were all brought on as subs last week but Foyle missed the game with injury.

The Laois squad travelled north on Friday afternoon for the early Saturday throw-in and it marks their third championship game in two weeks. They lost to Westmeath two weeks ago in O’Moore Park and then went down to Kerry in Tralee last Sunday.

The quick turnaround and another long away trip means they are outsiders again against an Antrim side that have won their two games to date – away to Meath and at home to Antrim.

Laois, however, will be hoping to make it three wins from three against Antrim this season, having already beat them twice in the league, including a relegation playoff in Antrim in March.

Laois will have a two-week break after Saturday’s game before hosting Carlow and they then finish up away to Meath a week later.

The team that finishes bottom of the Joe McDonagh Cup is automatically relegated for the 2019 season while the second from bottom side will face a play-off.