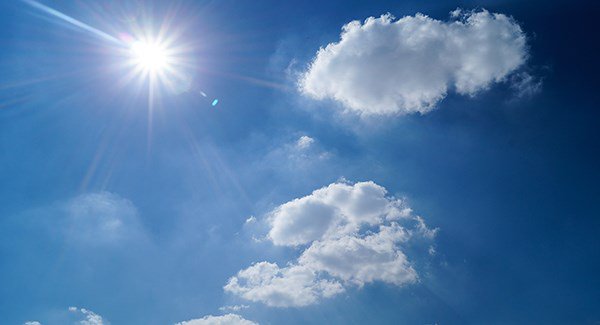 Remember the rain from yesterday? Well it is gone now and things are really set to hot up.

After a cool night, forecasters are predicting a major upswing in our weather over the next seven days.

Indeed, it is predicted that we may see temperatures of 26 degrees by the weekend!

The Midlands Weather Channel, which is run by Cathal Nolan and so accurately predicted the worst of the weather we got in the early part of the year, has some really good news.

They say: “The latest weather models continue to indicate that our weather will become very settled, warm and sunny over the course of the week, with temperatures by next weekend reaching into the Mid Twenties.

“The warmer weather will begin to establish itself fully from Tuesday onwards, with day time temperatures reaching the low twenties. Weekend temperatures may reach as high as 24-26 degrees Celsius.

“The hot weather over the weekend may trigger some isolated thunderstorms with these chiefly occurring across western areas.

“Summer is finally about to arrive!”

And this is something that has been echoed by those in Met Eireann.

They say: “Tuesday, will be dry, with sunny spells developing. Maximum temperatures 13C to 18C, coolest in Atlantic coastal counties and possibly up to 19C degrees in the southeast. Winds mostly moderate, northerly in direction.”

There will be a big change from Wednesday when “above normal temperatures” arrive.

The National Forecaster continued: “Wednesday will be dry, with sunshine. Warm, with temperatures into the low 20s in many areas, especially in the midwest, west and northwest. A little cooler in coastal areas, with sea breezes, especially on eastern coasts, with light to moderate northeasterly winds.

“Thursday and Friday will have most areas dry, with sunny intervals. However, there is a possibility of some heavy, thundery showers developing, especially in parts of the south and west. Winds will be mostly moderate, east to northeast in direction, with sea breezes developing by day. Warm, with maximum temperatures in the low 20s in many areas, but it will be cooler on coasts, with sea breezes.

“Early indications suggest that it will remain warm and mostly dry at the weekend, with some sunshine and just a slight chance of a few scattered showers. Daytime temperatures will continue to reach the low 20s away from exposed coasts and may reach the mid 20s in a few spots. Winds will be moderate, locally fresh, east to northeast in direction.”

Met Eireann finished by giving more good news: “Current indications are that it will remain warm and mostly dry for the early days of next week, though the forecast could change.”

Will it turn out as good as they say? We can only live in hope!