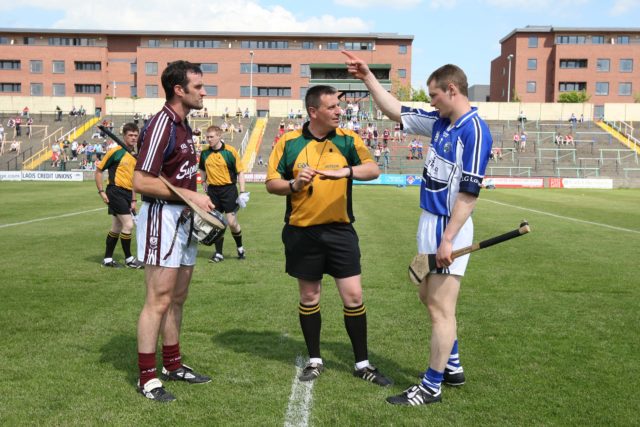 Leinster Senior Hurling Championship Round One

The scoreline may not give an impression of a good Laois performance, but at the time and where Laois hurling had been in the years leading up to 2009, those who witnessed Laois that day would have seen a performance that would give hope to the coming years.

It was a 27 point margin in the end, but Laois can take great encouragement with the likes of Willie Hyland, Brian Campion and John A Delaney. Without some key players including Tommy Fitzgerald and Zane Keenan while they lost James Young to a red card during the game, all leads to Laois hurling followers thinking all might not bad with Laois hurling.

The Laois men displayed a great ‘never say die’ attitude which they carried from minute one through out. Even in the dying minutes, John A Delaney showed that mentality even when already losing by 24, he made every effort to stop a goal despite making little difference at that point.

The passion that Laois carried boiled over just prior to the break, when James Young pulled wildly on a ball and what ensued was a brawl with a number of players on both sides. It resulted in Young being dismissed along with Kevin Hayes of Galway. Just moments later, Mick McEvoy then struck a Galway man, and having already been on a yellow card, McEvoy was shown his marching orders with a second yellow.

Galway had the game wrapped up well by the break, with Joe Canning and Niall Healy leading Galway to a strong lead. The second half was a much less intense affair as Galway kept on easing further and further ahead. Willie Hyland managed to keep Laois’ scoreline ticking along and his seven points was a reward for all his hard work against a strong Galway defence.

Alf Harvey was there on the day and he captured some of the best action below: