Mountmellick rounded off an impressive 2009 Division 5 campaign by defeating Kilcotton by eight points in Colt.

Mountmellick essentially had the game wrapped up early following a scoring spree, in which they opened up a whopping 11 point lead in the first quarter.

Karl Donoher was at the forefront of the attack scoring two points and having a hand to play in both goals.

James Donoher and Robbie Hibbits were the two men who grabbed the goals, before Karl Donoher added a third goal along with two further points.

Kilcotton were well and truly under the cosh, with Mountmellick already holding a 16 point lead, Niall Lynch chipped in with a nice point before heaping more misery on Kilcotton when he capitalized on some atrocious defending to slot home a goal.

With a twenty point lead established by Mountmellick, they began to fall asleep, and Kilcotton managed to conjure two late points before the break.

Kilcotton re-emerged a different side, with Noel Delaney and Ciaran Comerford grabbing early points. Comerford missed a penalty, but thankfully only moments later Alan Drennan rattled the net for Kilcotton.

Ronan Bishop and Karl Donoher kept Mountmellick’s scoreline ticking over, but credit must go to Kilcotton for finishing the game in a spirited fashion.

Padraig Bergin and Comerford slotted home two more goals late on, closing the gap but unfortunately for them the damage was well and truly done as Mounmellick marched on to claim the title.

Alf Harvey was there that day to capture some of the action. 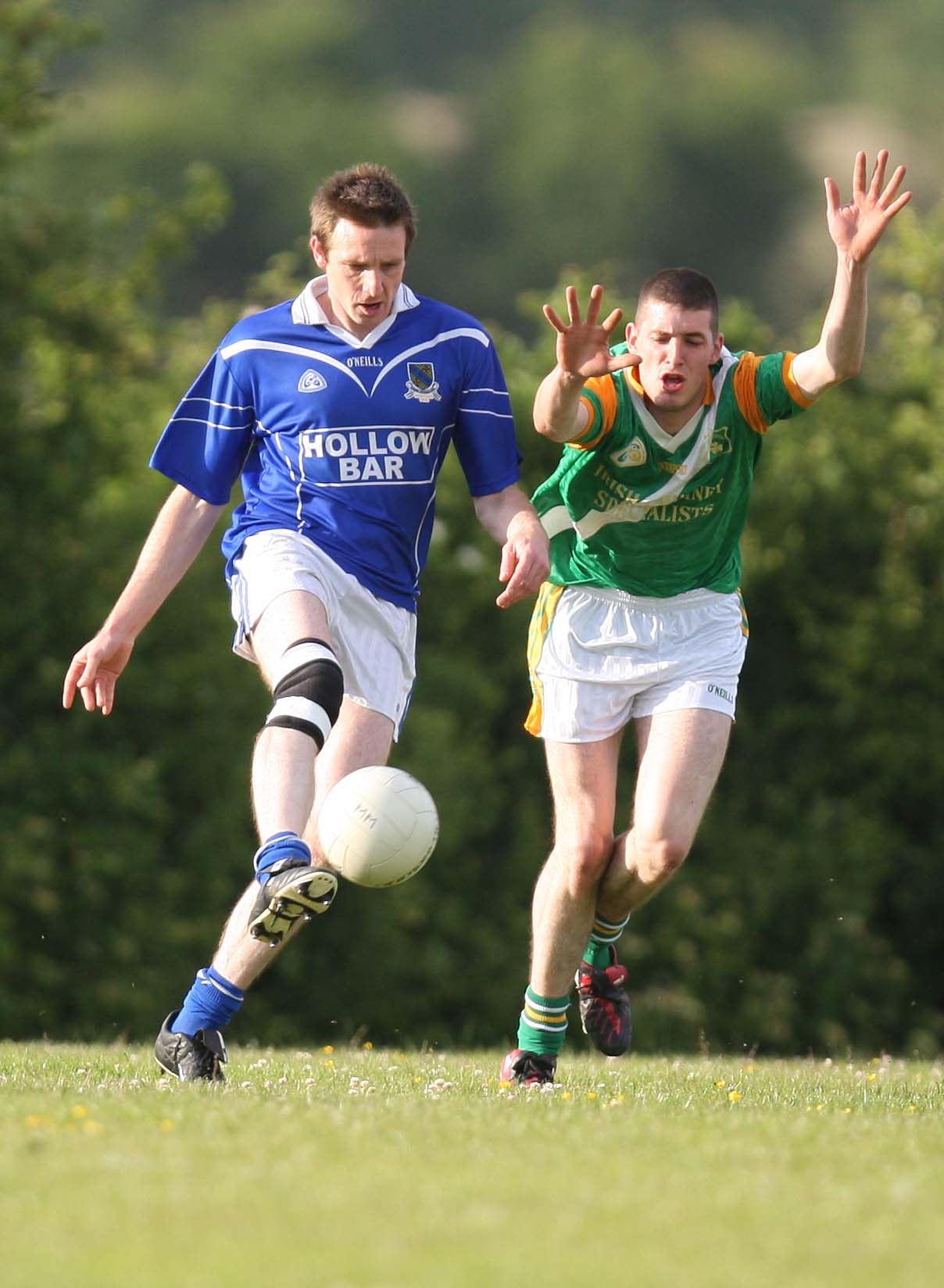