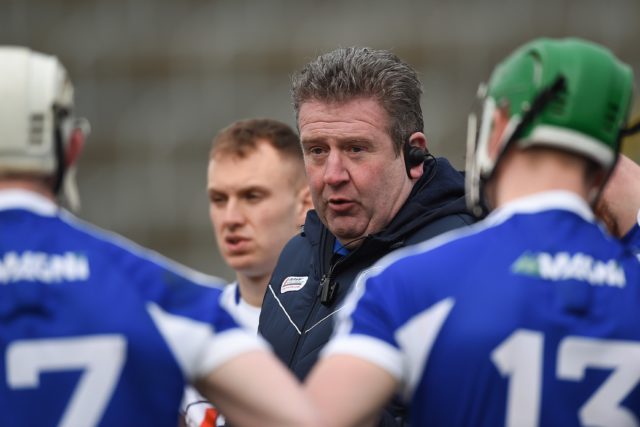 Laois hurling fans would have gone to O’Moore Park last weekend expecting to see a Laois side keep their Joe McDonagh Cup hopes alive, but instead they came away feeling low, and it is possibly the lowest the Laois hurlers have sunk to in a long time.

Many people’s favourites to book a spot in the final and the All-Ireland proper, Eamonn Kelly’s men have flattered to deceive and now there is a distinct possibility of the situation getting a lot worse.

In Navan today it is simple for Laois, come away with a win or a draw and they will live to fight in the Joe McDonagh Cup next year, lose and they will be relegated to the Christy Ring Cup.

Questions will be asked regardless of the outcome today, but securing their Joe McDonagh Cup status is vital for and rebuilding to take place.

What Laois need to do to avoid relegation?

As mentioned already, if Laois lose today they will finish bottom of the group and be automatically relegated to the Christy Ring Cup, which is now the third tier of hurling.

The team that finishes fifth in the group will face a play-off against the Christy Ring Cup winners as next year’s Joe McDonagh Cup will be a five-team competition.

For Laois to avoid the playoff the need:

The problem for Laois there is that an Antrim win would give them a chance of making the Joe McDonagh Cup final – if Westmeath beat Carlow – but Kerry cannot make the final as even if they win to move to six points and Carlow lose to remain on six, Carlow have the better head-to-head.

And Laois have named an unchanged team from the side which lost out to Carlow last week, although there are a number of positional changes.

When did they last meet in the championship?

Laois met Meath in Round 2 of last year’s Round Robin in Navan, a game Laois won 3-25 to 2-13 to end Meath’s long winning run of form that extended back into last year’s league and the 2016 Christy Ring Cup which Meath won after a controversial replay.

Paddy Purcell was the outstanding player on view that day as he scored 3-6 in a phenomenal display.

Meath’s Division 2A league campaign was a solid one, securing a mid-table place and winning two games along the way, in Kildare and London. They ran Westmeath close in Navan, before travelling to Tralee where Kerry dismantled them. Again at home, they were just edged out by Carlow.

So far in the Joe McDonagh Cup, they have failed to win any of their games and are now likely to make the drop to the Christy Ring Cup for 2019. If they beat Laois, that will secure their Joe McDonagh statuse, but only if they win.