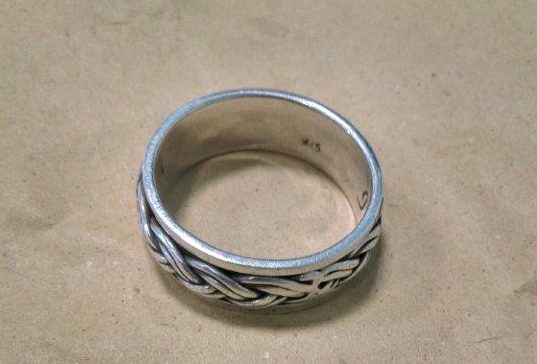 A Laois husband might be trying to keep himself out of the doghouse as Gardai in Portlaoise are trying to identify the owner of this silver Celtic wedding ring handed into the Garda Station.

The man’s ring was found outside the grounds of Portlaoise Garda Station.

Gardai believe that the owner of the ring could be from Portlaoise.

Gardai previously launched an appeal to reunite a woman with her stolen engagement ring in May.

Those who recognise the ring are being asked to contact Portlaosie Garda Station 0578674100.