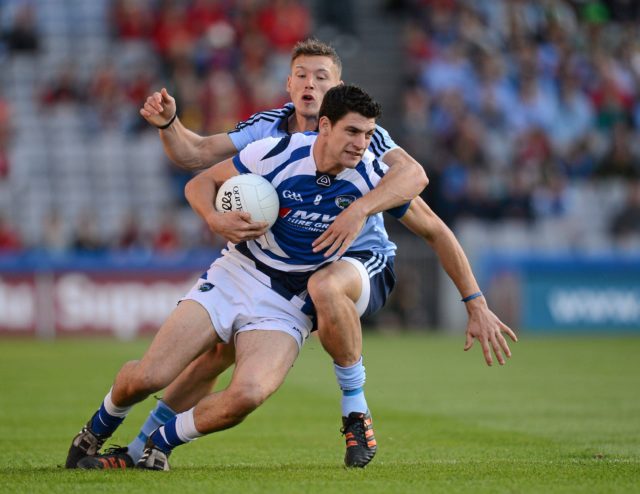 We’re counting down the days now.

The Laois footballers take on Dublin in the Leinster final on Sunday and we continue to look ahead to the big game with some of the news and happenings from around the county.

Laois Anthem to be aired in Portlaoise school this Friday

A new Laois song – The ‘Laois Anthem’ – is doing the rounds and the Horahan Brothers from Killeen will be performing their catchy tune in Gaelscoil Phortlaoise this Friday.

This isn’t the first time the Horahan Brothers have dedicated a song to Laois football either. Frank Horahan penned a few verses in ode to the Laois minor team who won the Leinster football championship in 1996.

This was followed a few years later with the ‘Laois Leinster champions song’ in 2003.

Lead guitarist and singer with wedding band Helter Skelter, Paul Horahan, said that following their previous homages to Laois, the band were encouraged by supporters to write another song.

“People asked us if we were going to write another song and we thought ‘sure why not’. I wrote the song on Thursday, we performed it on Thursday night and edited it over the weekend to have it ready to go for Monday,” said Paul.

The Horahan brothers – Michael, Frank and Paschal – were joined by Michael’s son Paul and Frank’s son John for the song.

Paul’s wife and family were also involved in the song and Paul is hoping that the school children in Gaelscoil Phortlaoise will all get involved in singing on Friday.

“Their teacher Ms Ní Nualláin is teaching the children the words so hopefully they all get involved in singing the song,” said Paul.

You can hear the Horahan Brothers ‘Laois Anthem’ here.

In the second year of Justin McNulty’s reign as manager Laois recovered from a bad loss to Longford in the opening round of the Leinster championship to go on a great run through the Qualifiers, one that ended with an All Ireland quarter-final defeat to Dublin.

Playing a very disciplined defensive game, Laois pushed the All Ireland champions all the way but the difference in the end was an unfortunate goal in the first half, which saw John O’Loughlin deflect the ball into his own net.

Laois were only a point down with 20 minutes remaining but could only score two points in final quarter as Dublin did enough to hold on.

“They have given absolutely everything. The intensity was phenomenal. Maybe we deserved a little more that we got but that’s football. It’s a cruel sport – you just have to keep your head up and keep going.”

Kerry native Jerome Stack was previously involved with the Laois footballers under Tomás Ó Flatharta in 2014 and 2015 and has an impressive coaching CV.

From Listowel he had a spell as Kerry U-21 coach and the guided Dromcollogher-Broadford to Limerick SFC glory in 2012 before linking up with Laois in 2014 and 2015.

He then spent 2016 as a coach with the Limerick footballers. In 2017 Stack was appointed as a coach with former Laois boss Liam Kearns with Tipperary but stepped down from that role because of personal reasons prior to the season starting.

Last year he was involved with the Adare team that were surprise winners of the Limerick senior football championship.

The former county player and long-serving Stradbally player Jamie Kavanagh cuts to the chase on Twitter. Not a regular tweeter but worth following all the same.

If that is wat they call #carlowrising they really should pack it in #embarrassing @CLGLaois done what was required 11 from 11 #winning pic.twitter.com/kMFSzjU7nK

In 2003, only two players – Michael Lawlor and Damian Delaney – were in their 30s whereas now five players on the team that started the semi-final will be 30 or older in 2018.

The average age when Laois last reached the Leinster final in 2007 was 25.6 when only goalkeeper Fergal Byron was over 30.