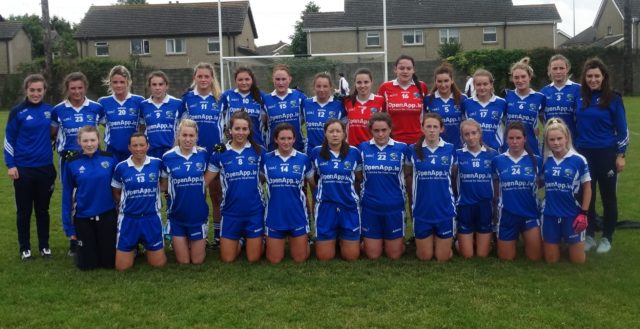 Laois Ladies are taking on Wicklow in the Leinster intermediate final in Netwatch Cullen Park this Sunday, July 1.

Kevin Doogue’s side are hoping to build on their wins over Offaly and Wexford and bring the trophy back to Laois. 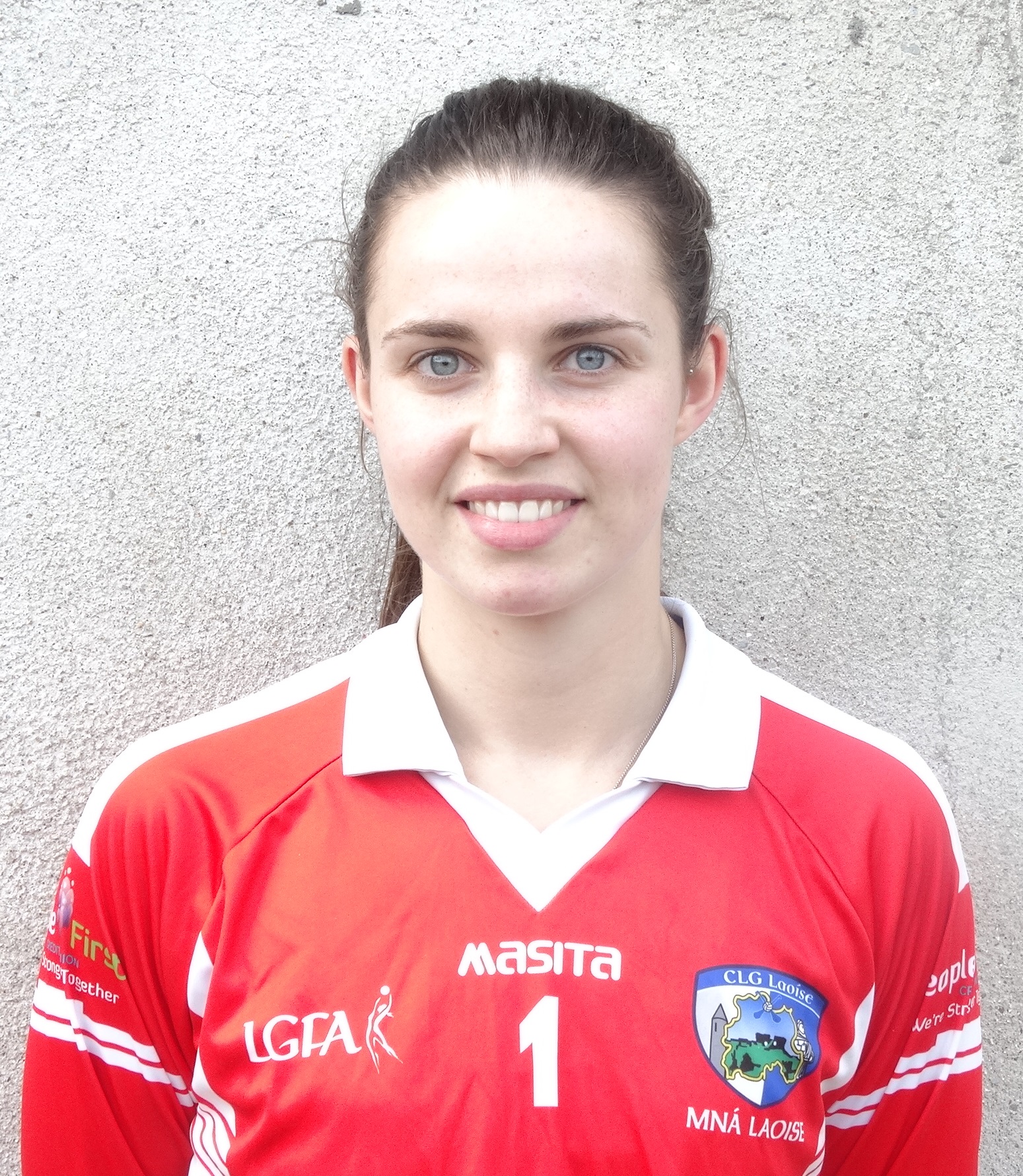 Fiona made her championship debut for the Laois intermediate side this year and although the young Park-Ratheniska player had big boots to fill in Caoimh Dollard, she made three fine saves when Laois were under pressure against Wexford in the Leinster semi-final. 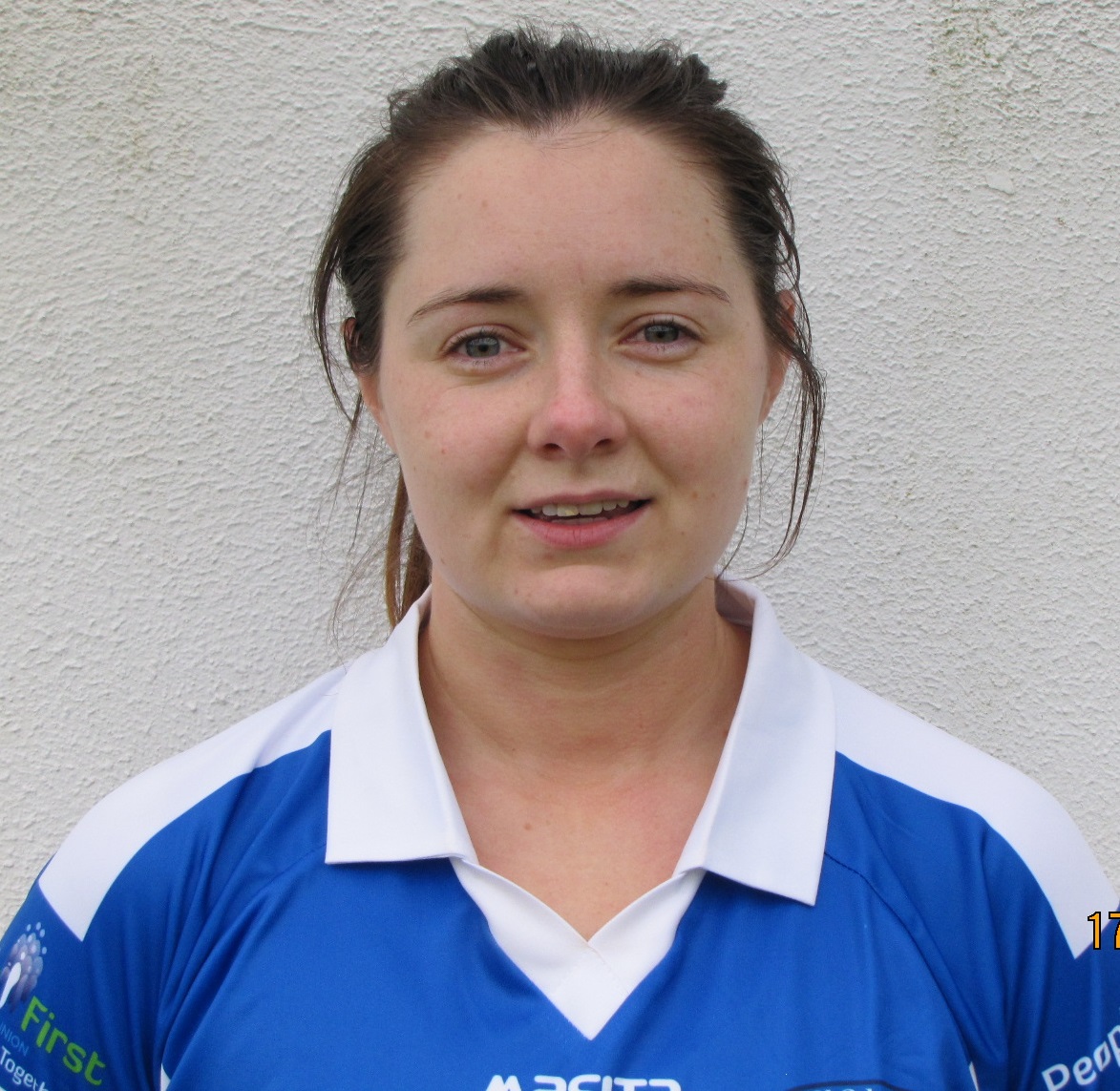 Mags took over as captain from the injured Laura-Marie Maher earlier this year, and the fellow Rosenallis woman has made the role her own from the corner-back position. 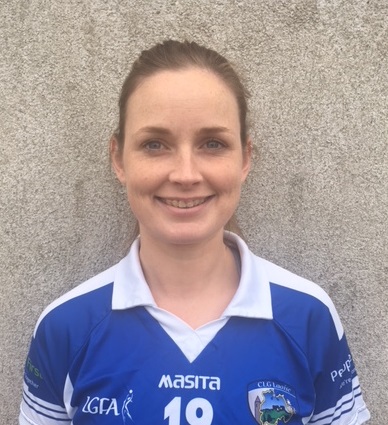 Jenny has been in with the Laois panel for two years and in that time she has solidifed her position at full-back on the team. 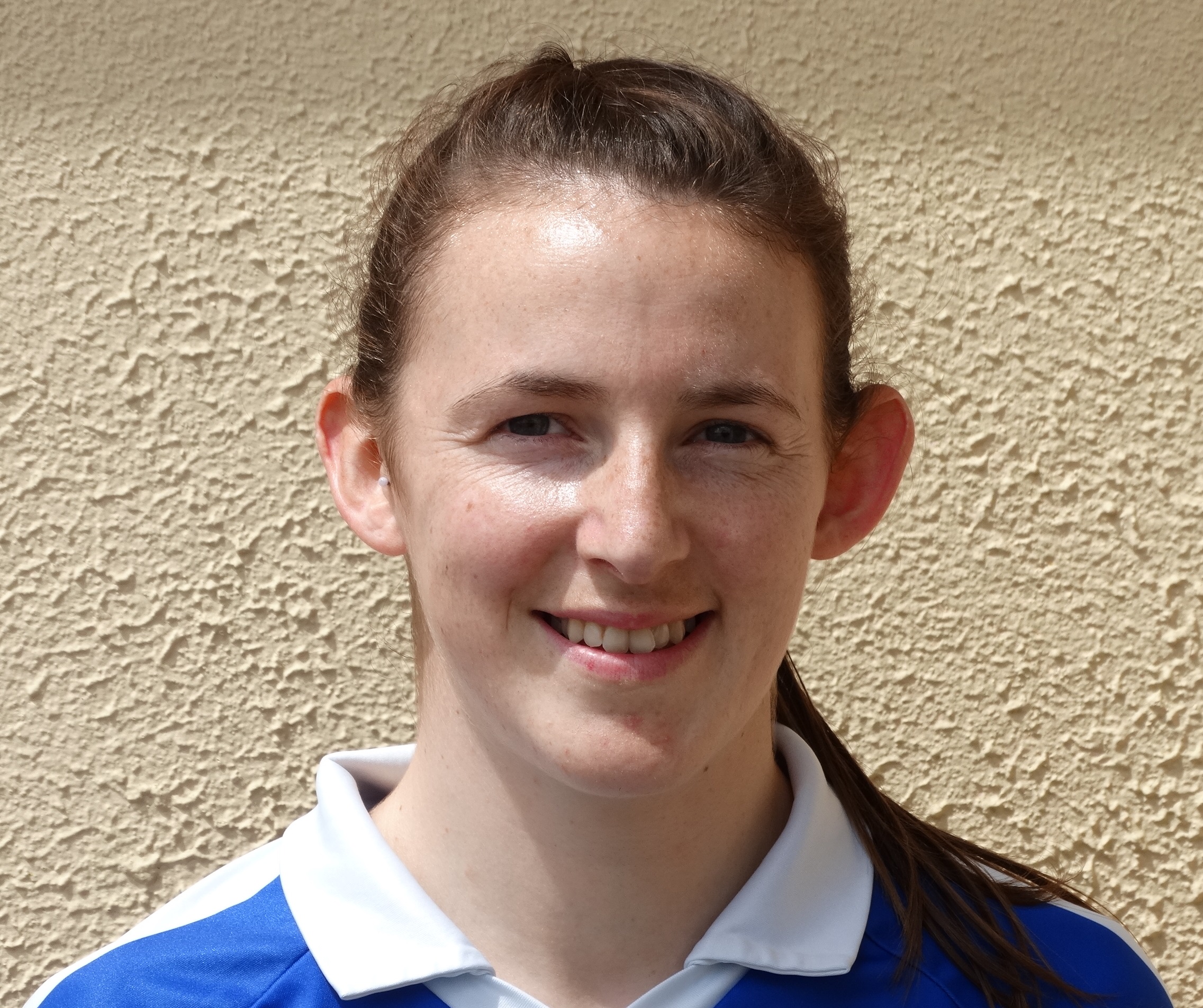 Jenny’s younger sister Alison lines out alongside her at corner-back. Alison has had a few roles marking roles in her position, most recently that of Caitriona Murray from Wexford. 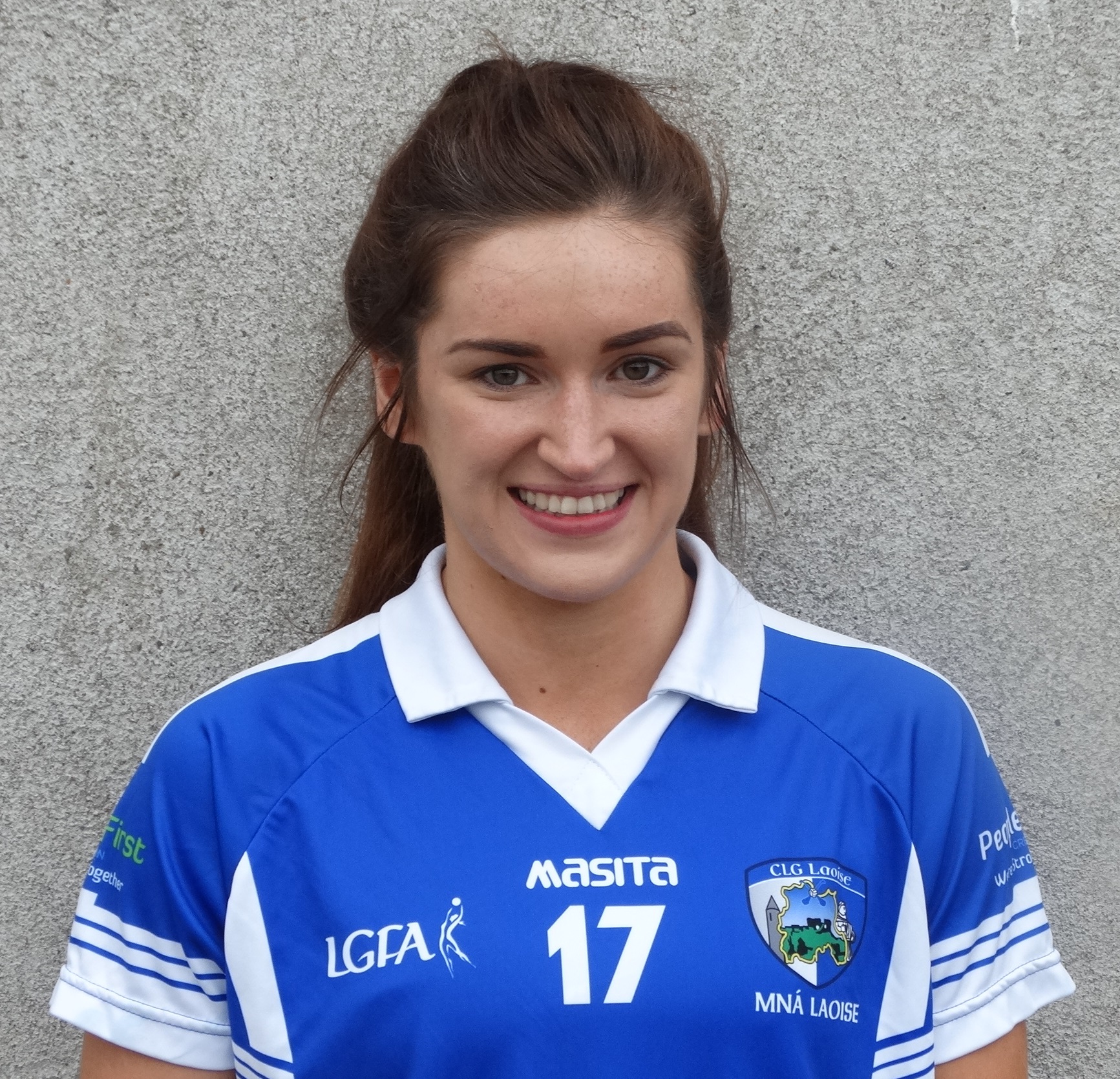 Amy Potts seriously impressed with her carrying and driving out with the ball in the Leinster semi-final against Wexford. She showed the same passion with her club, St Brigid’s, when they blew the championship wide open after defeating Timahoe last year. Although she is only 24, Amy has become a relible wing-back for Laois. 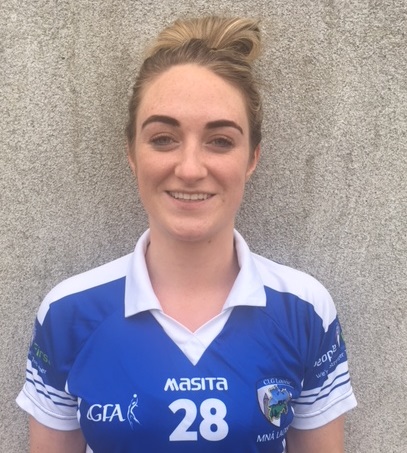 Kelly joined the side this year and is already showing her dominance in the centre-back position. The St Conleth’s woman is also a large part of the revival of the club at senior level. 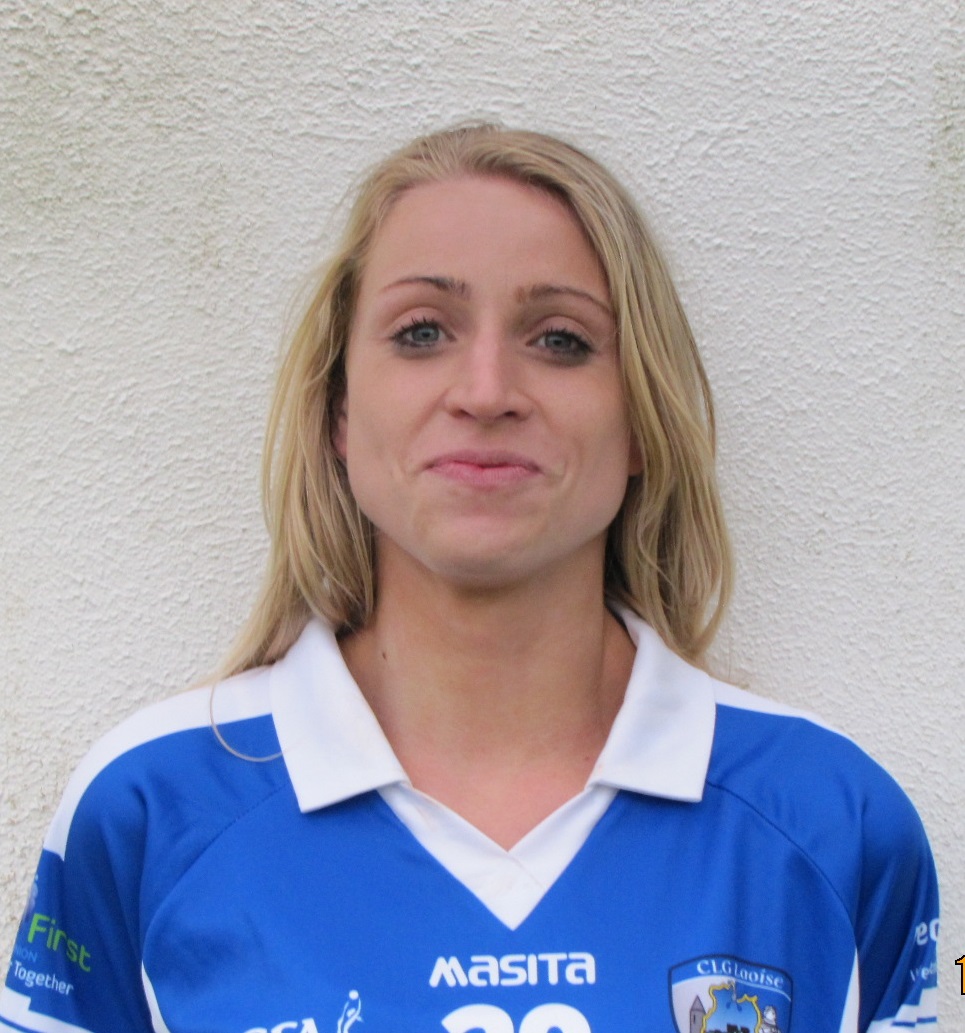 Laura is no stranger to big final days. Now living in Dublin, Nerney reached the All-Ireland senior ladies club championship with her adopted side, Foxrock-Cabinteely. Football is also in her blood – as her father Brian Nerney also played for Laois for many years. 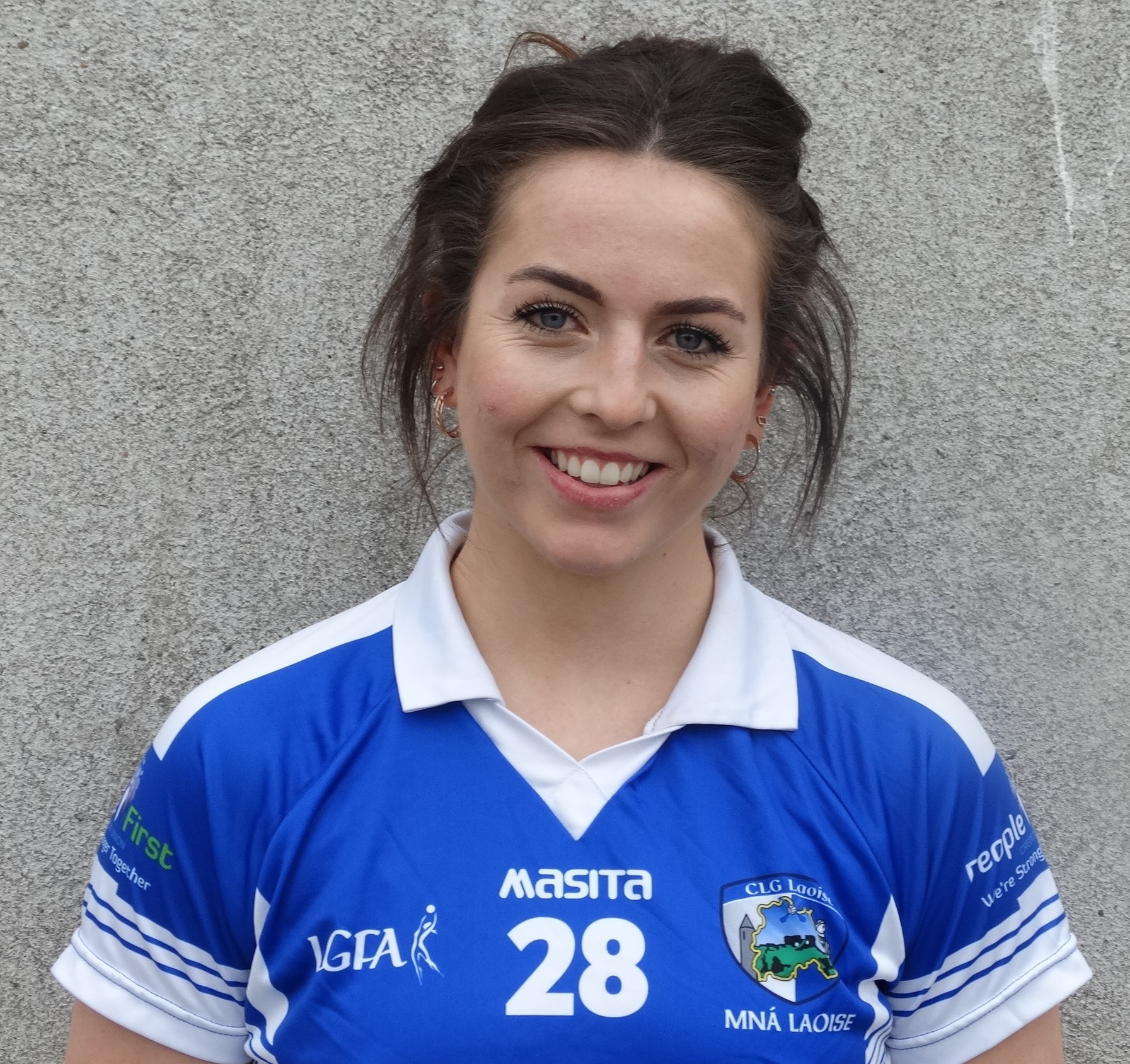 The Moore sisters are synonymous with ladies football in Laois. Jane was involved when Laois got to their last Leinster final in 2011. Jane’s workrate in midfield is immense – and she is often found doing the unglamourous work to get the ball down the field. 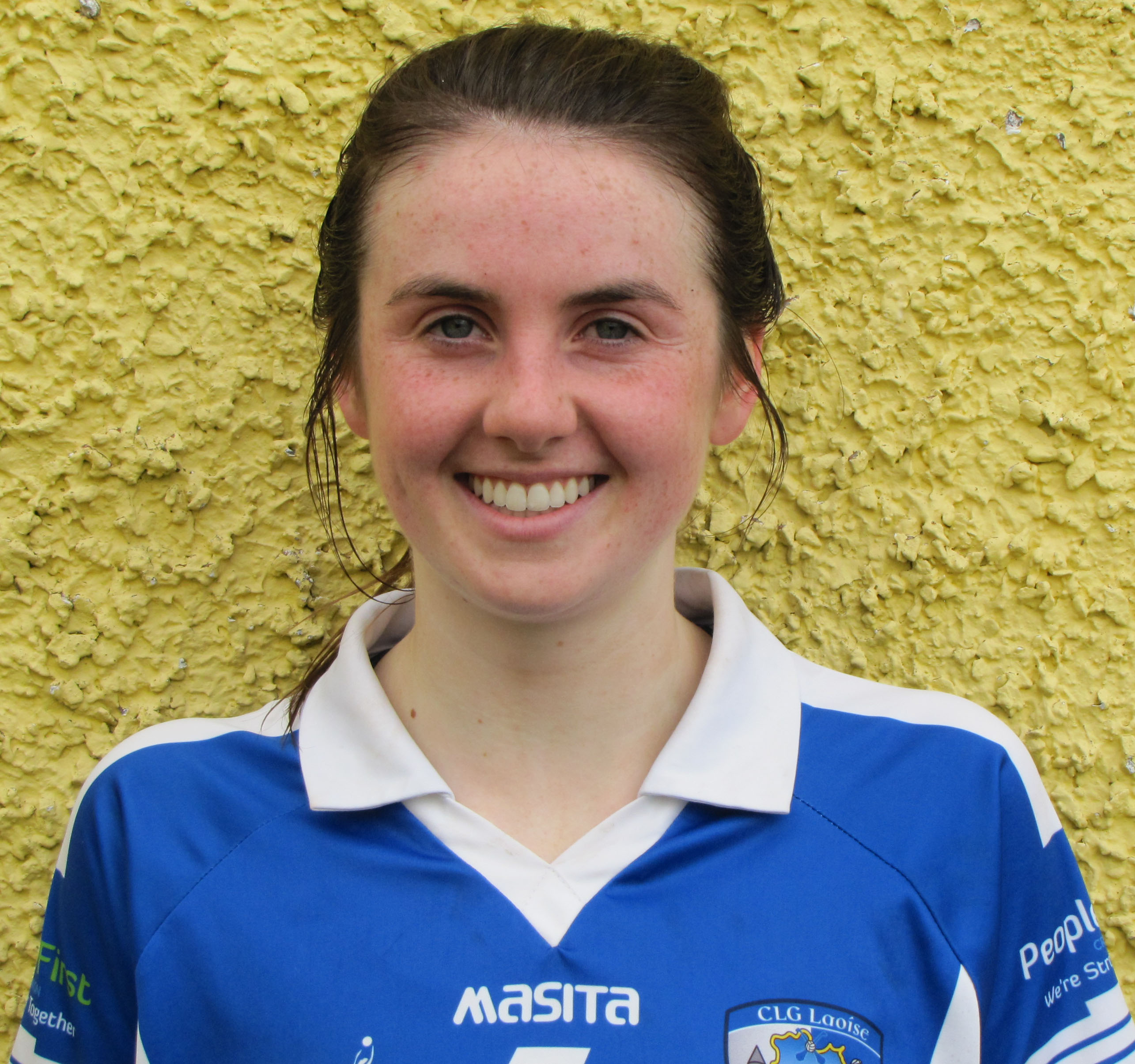 This intermediate player of the year orginally started out in wing-back but has grown into the midfield position. Anna has experience of with and against some of the highest calibre of intercounty players from playing for UL in the O’Connor Cup. 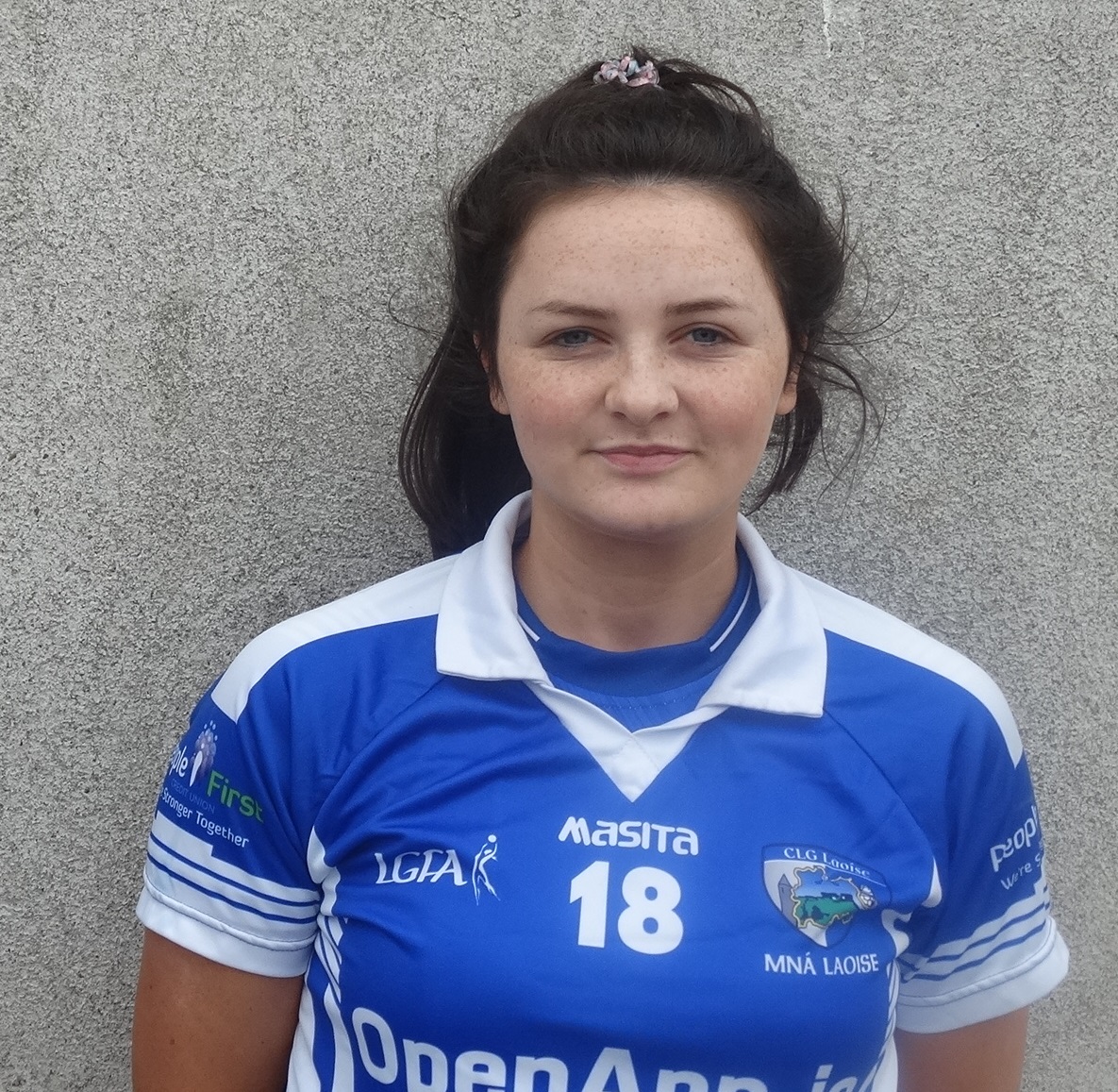 Erone and Emma Lawlor may be two of the youngest in the first 15, but they have as much talent and experience under their belts as some players twice their age. Erone was instrumental in Laois’s U18 Leinster final win over Wexford and her ability to take the shot under pressure helped Laois in the dying minutes of the Leinster intermediate semi-final. 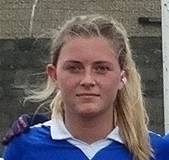 Ciara was out until the league this year due to injury but in many ways it’s like the Sarsfields woman never left. Ciara did suffer a hard knock to her shoulder in the Leinster semi-final but has been training with the team since and has been praised by manager Doogue for his tenacity 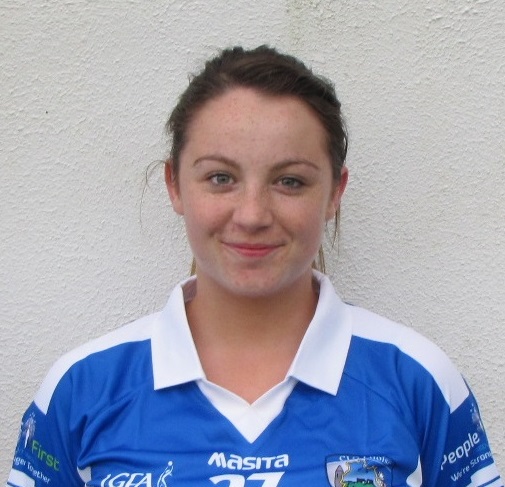 Rosenallis woman Meaghan is a forward who defends like a back. Dunne came up through the ranks with the likes of Ciara Burke and Laura-Marie Maher so she knows what both success and defeat both feel like. Her ability to read the game sets her apart. 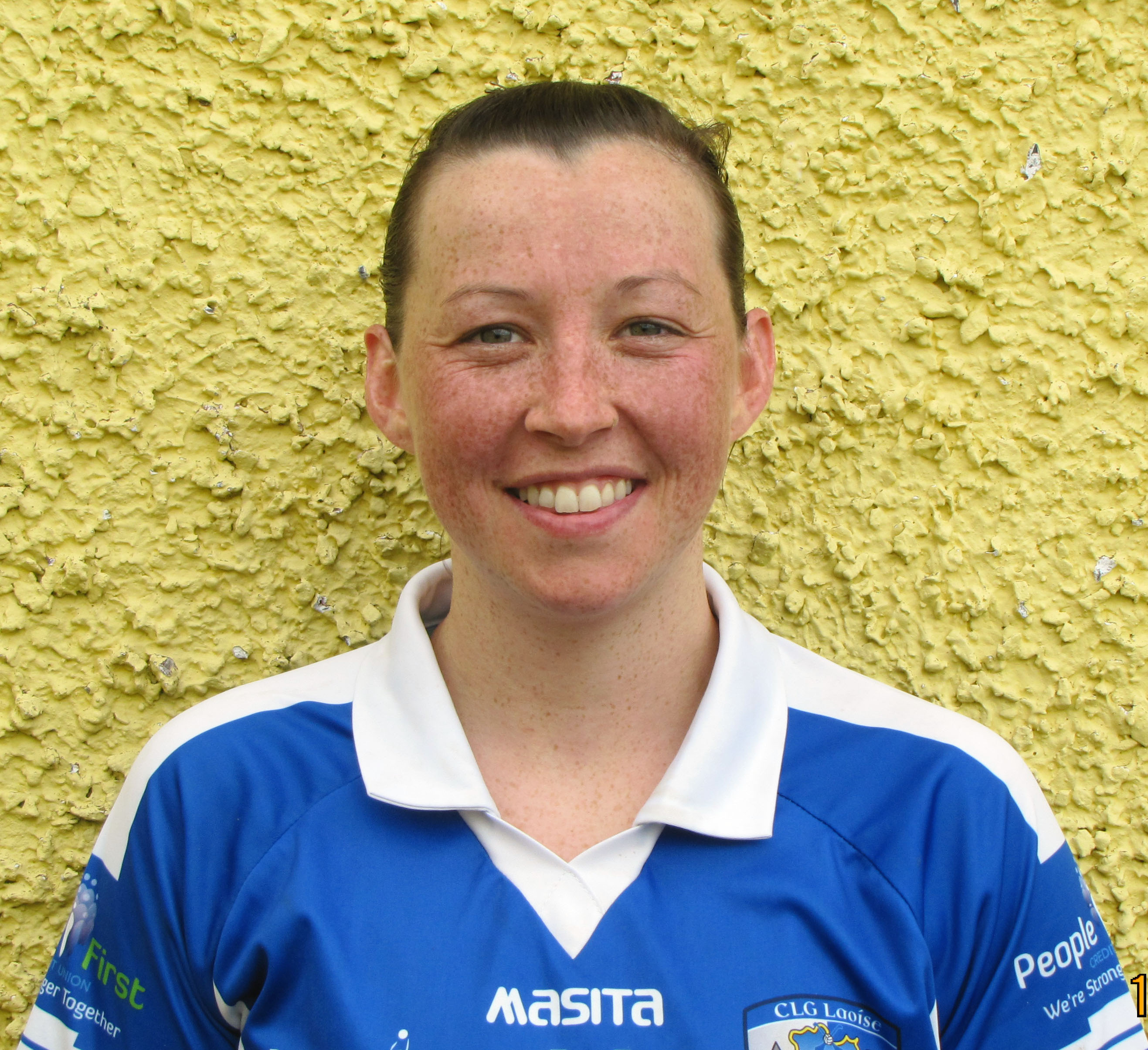 In such a young team, Clare is one of the most experienced players. Clare has put her name on the scoreboard hundreds of times for Laois over the years, both from play and frees. This Sarsfields woman is a real leader on the inside forward line. 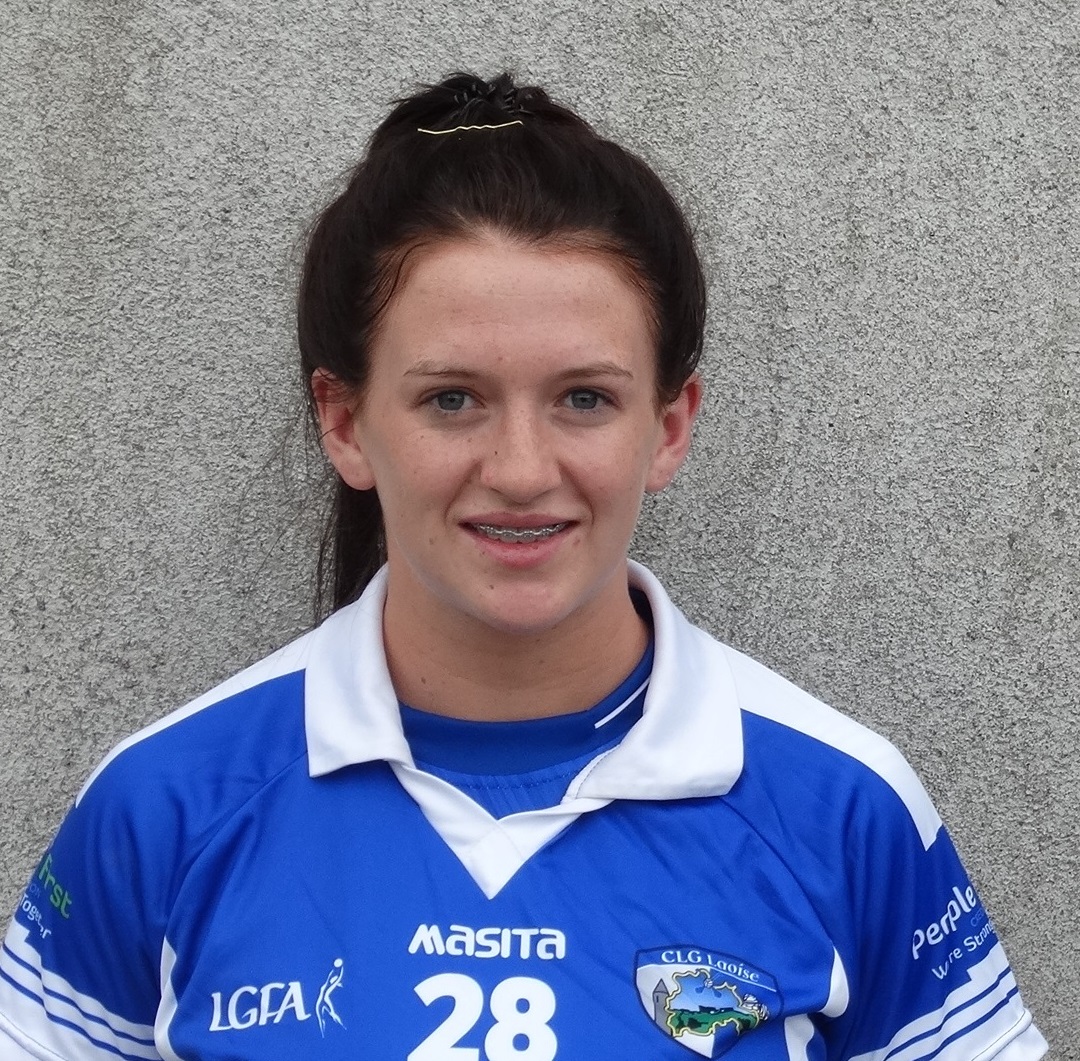 Although Emma Lawlor one of the youngest players on the team, between underage football, soccer and schools’ football – this Emo player knows what it takes to win on a big day. Emma’s latest final for Laois was a last minute goal clincher – in which she scored 1-6 – so she’s able to step up when it matters. 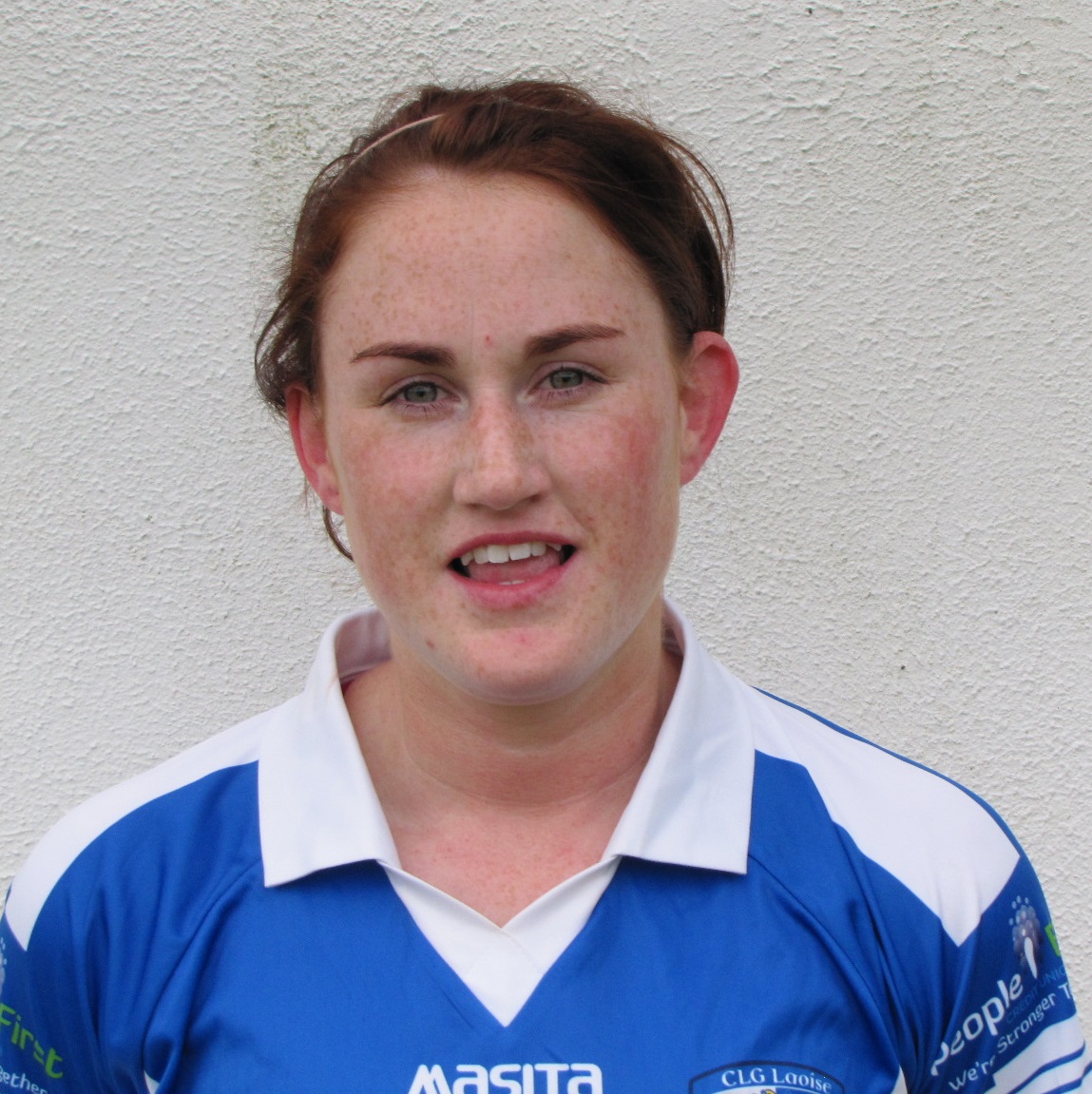 Maggie’s footballing record speaks for itself. One of the stalwarts from Laois’s famous All-Ireland win in 2001, Maggie has added three national league titles, three Leinster final wins, a Leinster minor title and played on the Leinster interprovincial team of 2010. There is no questioning this Timahoe woman’s skill or dedication. 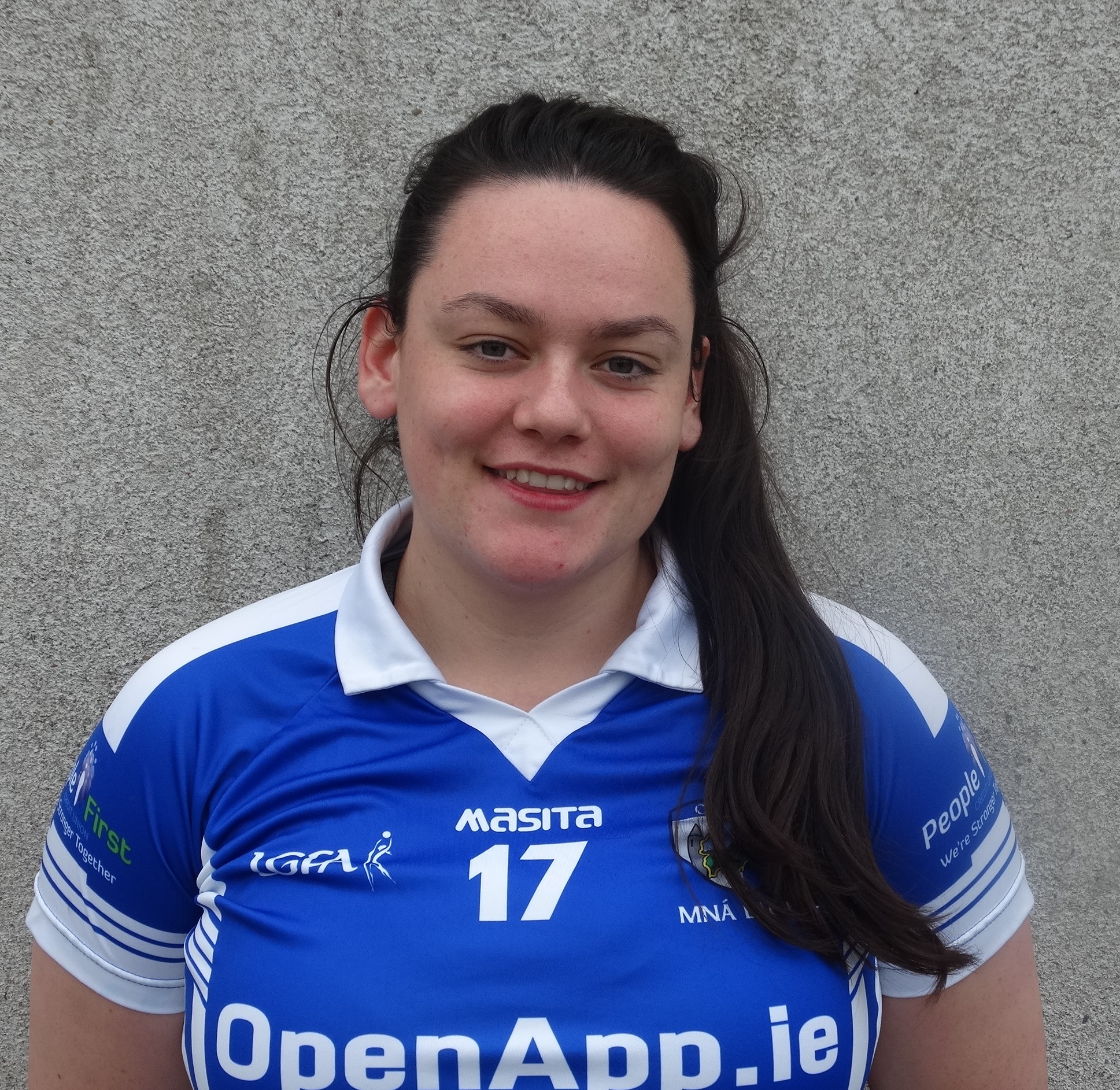 18 year old Sinead is now substitute goalkeeper for the intermediate side following some fine performances as the county’s minor goalie this year. 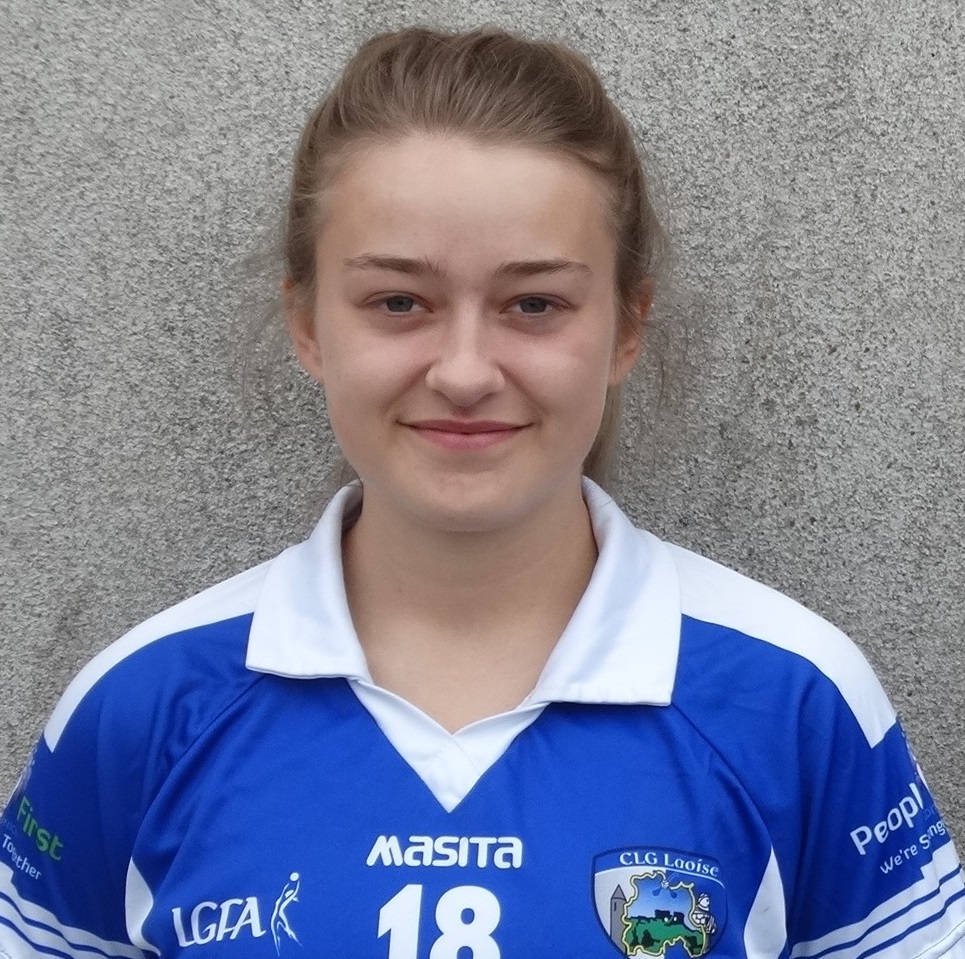 Mary also has plenty of experience playing on big match days. The St Conleth’s woman played for the UL freshers side and also on on the Laois minor team that won last year’s ‘C’ championship. 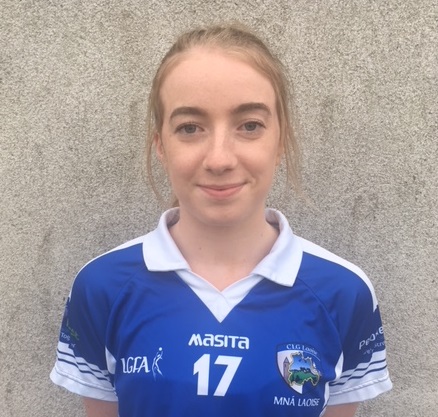 Ciara Hughes, also a member of the Laois minor team, started playing senior with Sarsfields last year and has since earned a spot on the Laois panel. She is a determined defender, honest tackler and great at making bursts forward. 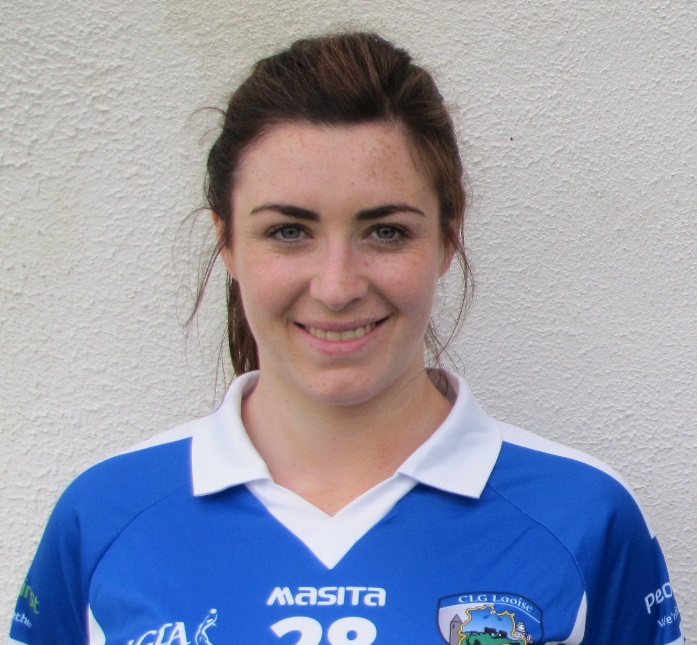 Aoife was subject to a tear to her cruciate the Monday after Laois’s quarter-final win over Offaly. The St Conleth’s woman came on as a sub in the match and the following Monday she felt her cruciate go in a warm-up drill before a club match. 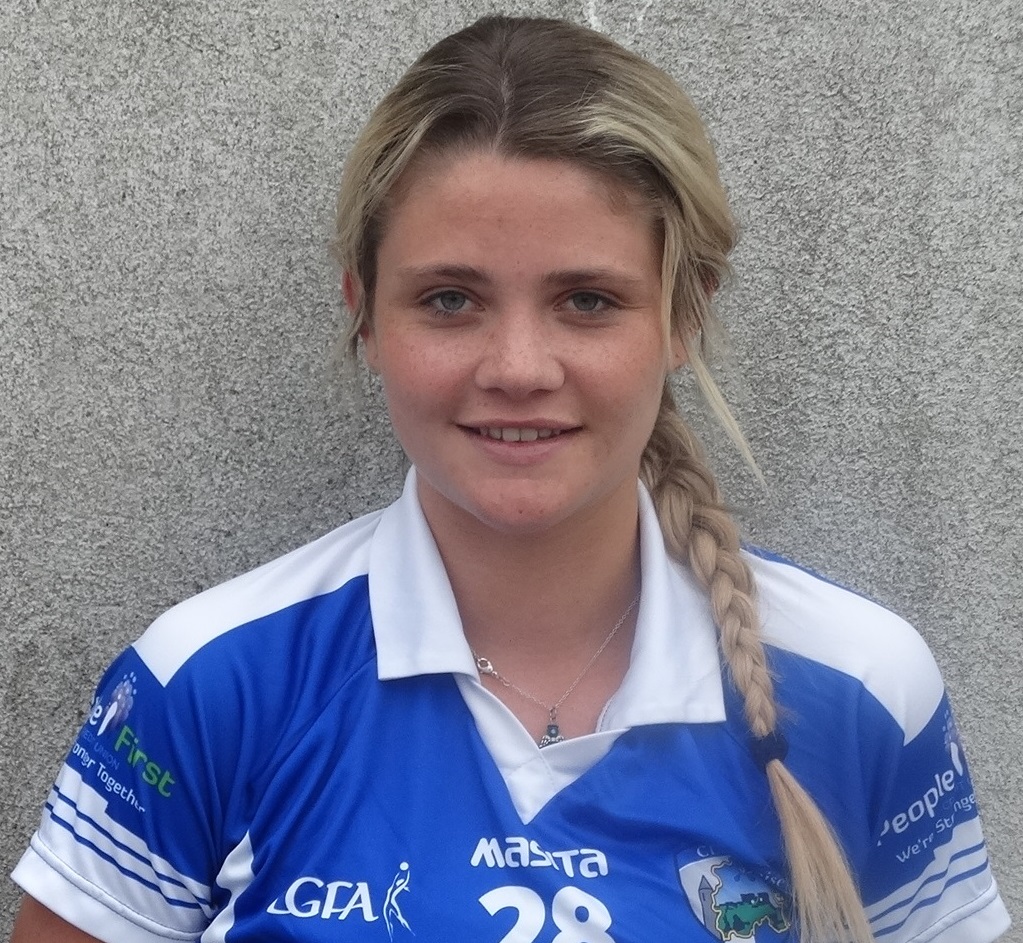 Eva played a starring role in Laois’s match against Wexford in the Leinster semi-final by coming on a scoring a goal in the starting minutes of the second half. Eva is also part of the Bennett family that has five grandchildren representing Laois at different levels. 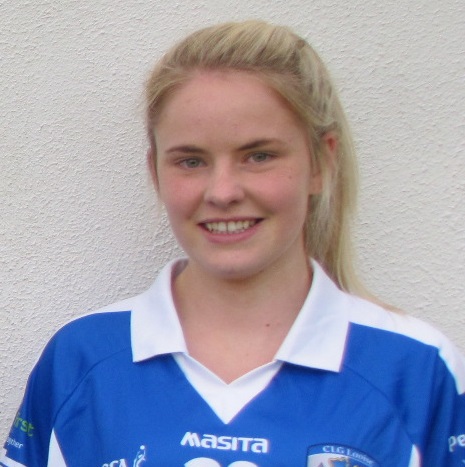 Caoimhe also came up with the likes of Meaghan Dunne and Ciara Burke and her pace sets the game alight. Set up very valuable scores when she came on the Leinster semi-final. 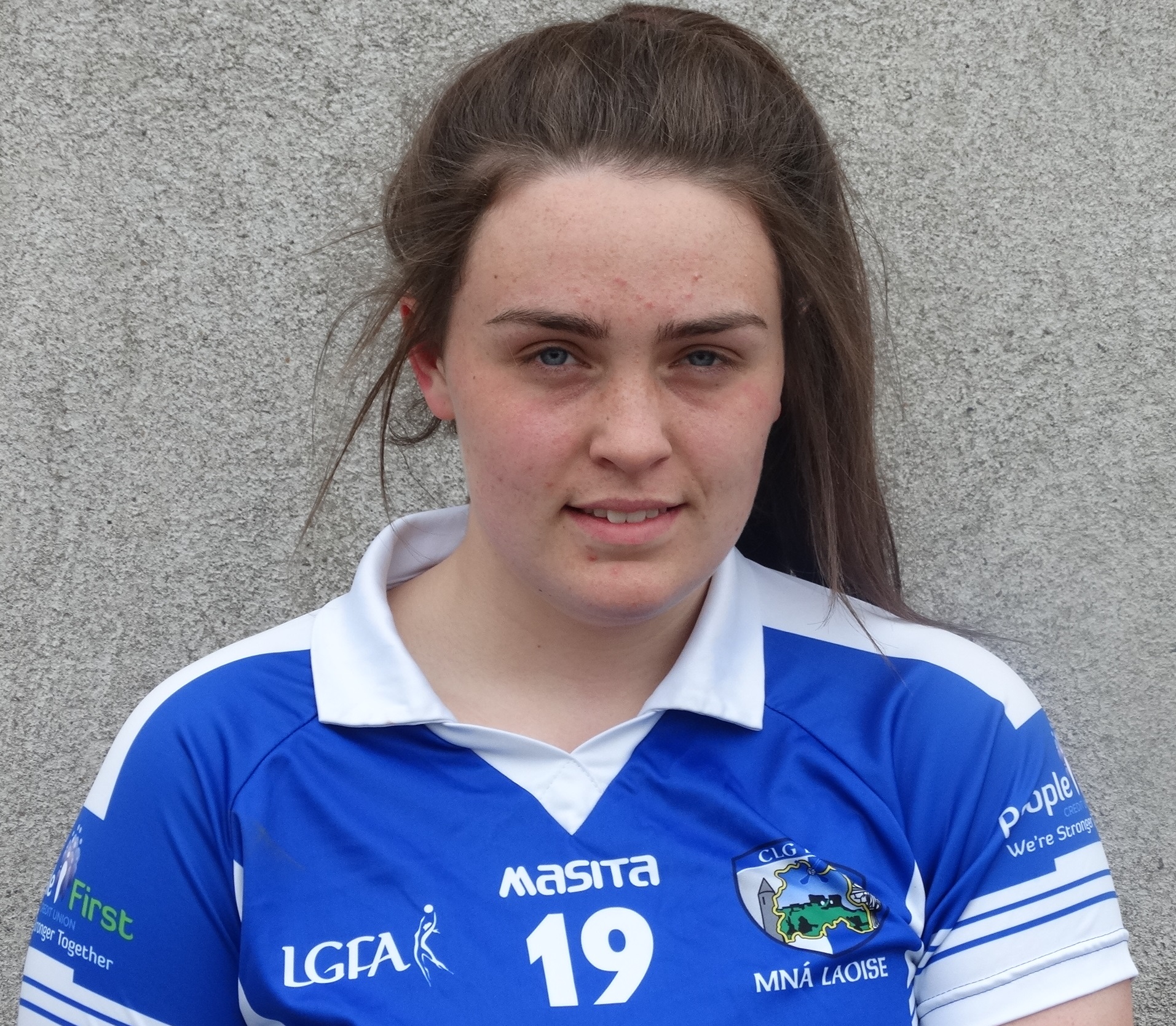 Sarah is the youngest player on the panel at 17, but has experienced success with Laois by winning the minor championship already this year. An incredible sharp-shooter at full-forward, she can kick off both left and right and is an ideal target woman. 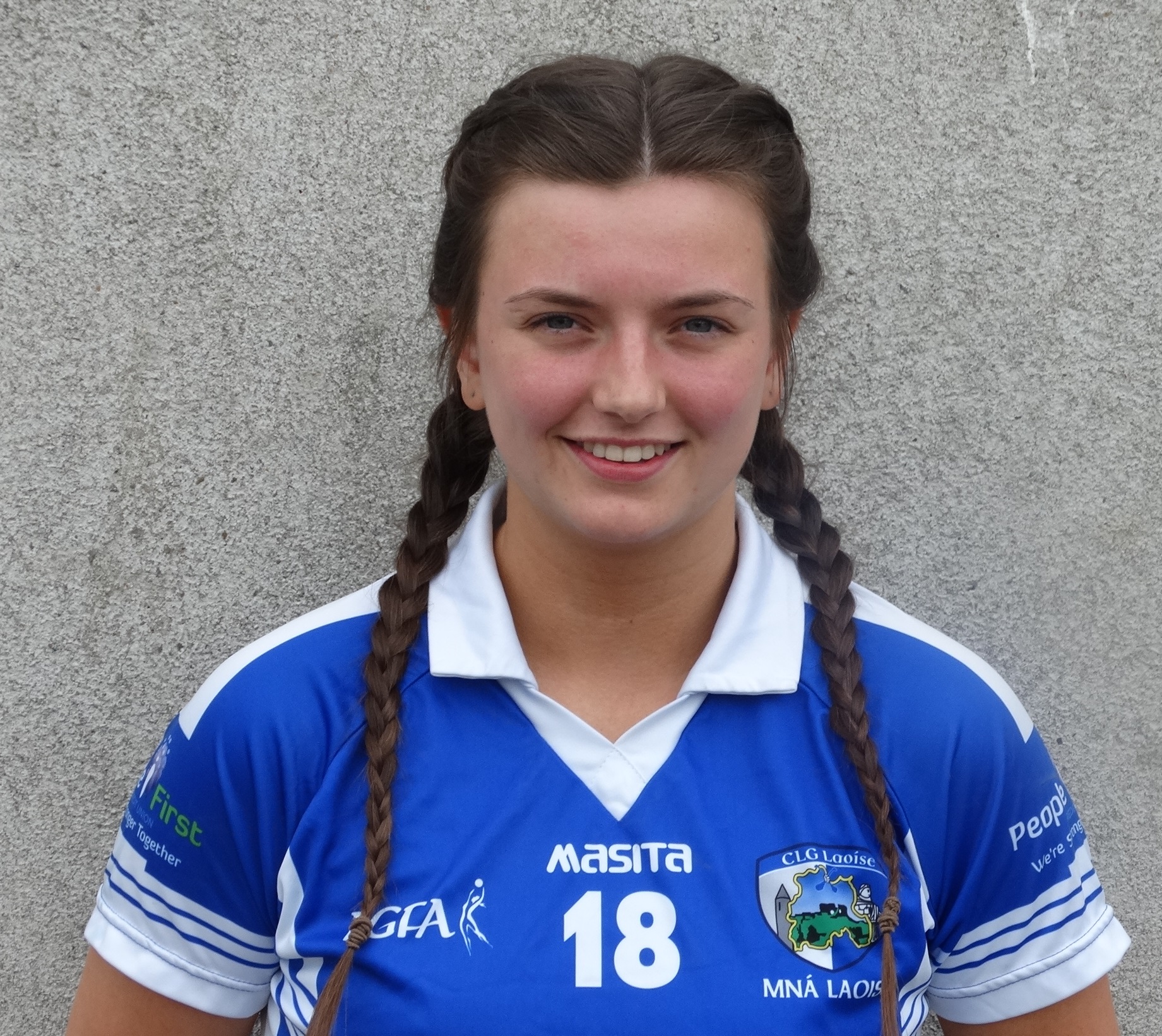 Ciara was Junior player of year last year and  is part of the up and coming St Joseph’s side and has been involved in winning with Laois teams since the U16 Leinster ‘B’ championship. This is Ciara’s first year on the squad and her sweet left boot makes her a huge asset to the team. 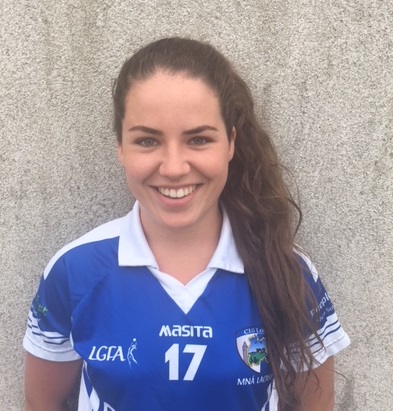 Caoimhe was part of the highly successful Laois side which won a Leinster minor ‘B’ final in 2016. 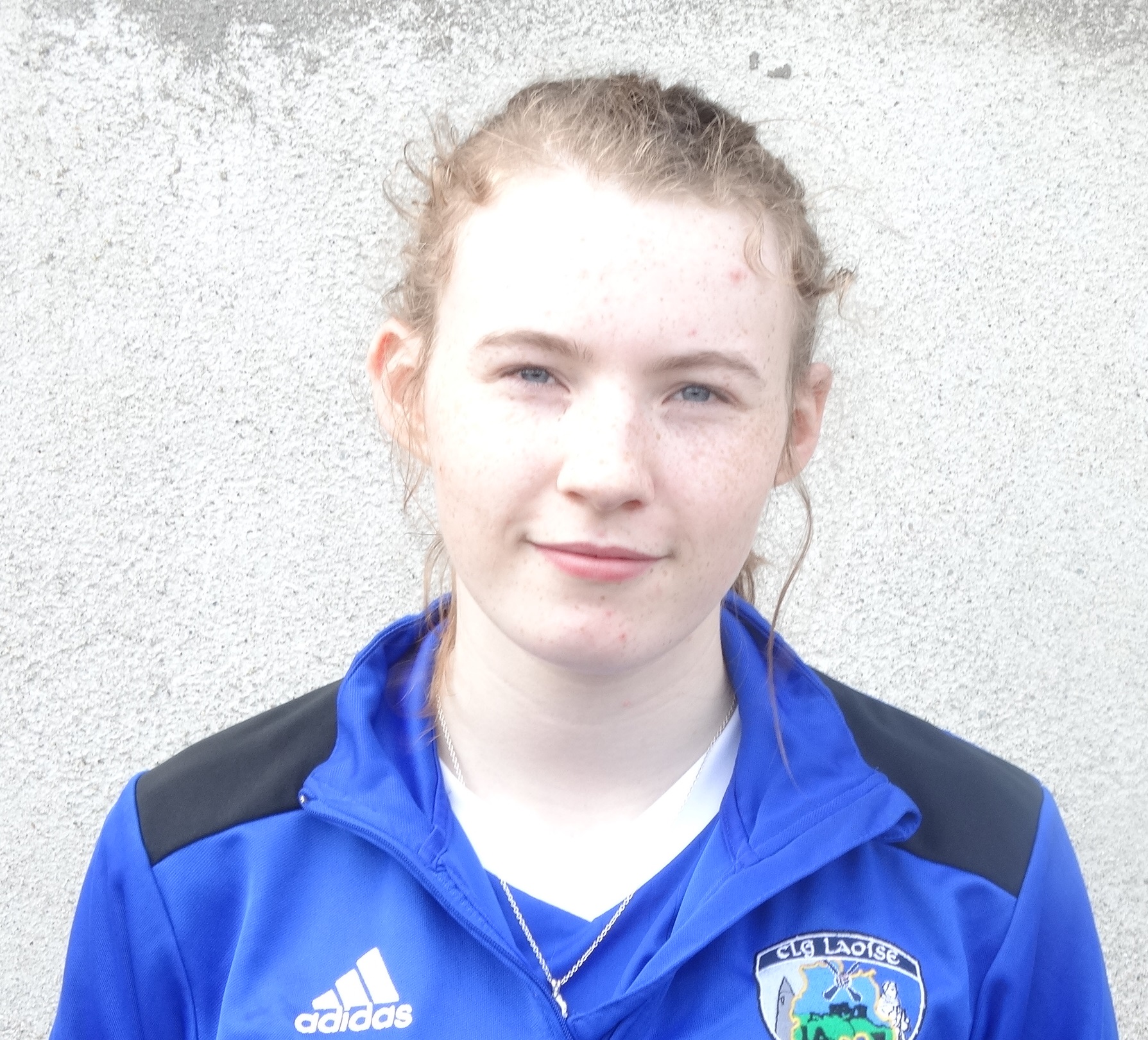 One of the youngest on the team, Shauna brings great pace to the game and also played on the Laois side that won the Leinster U-16 final. 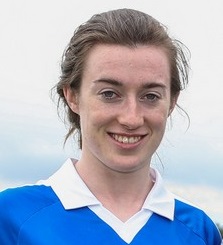 Former captain of the side, Laura-Marie tore her cruciate in April of this year. Laois manager Doogue says the Rosenallis woman’s comeback will be ‘greater than her setback’