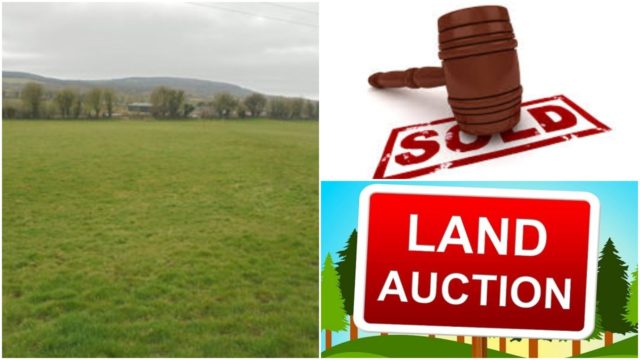 It was a successful day for Castlecomer auctioneer Joseph Coogan in the auction room in recent days, when he sold a 47ac farm at Luggacurren in Co Laois for €587,000.

Located 11km from Stradbally and 14km from Athy the land is described as good grazing ground, capable of producing good crops of hay and silage.

It sold in two parcels, the first made up of 16ac with road frontage.

Farm land in Laois has been consistently achieving prices well in excess of €10,000 per acre over the past few months.

The land at Ballydavis, The Heath, was sold at public auction by Matt Dunne & Associates at an auction in the Keadeen Hotel in Newbridge.

The sale of the land saw it achieve approximately €14,236 per acre at a full house in the Keadeen.

In May, a 10-acre plot of land near Ballybrittas sold after a lively bidding war at auction for just under €180,000.

The land at Cloneen, just off the old N7 road between Monasterevin and Portlaoise, is about 2.5km from Ballybrittas and 3.5km from Killenard.