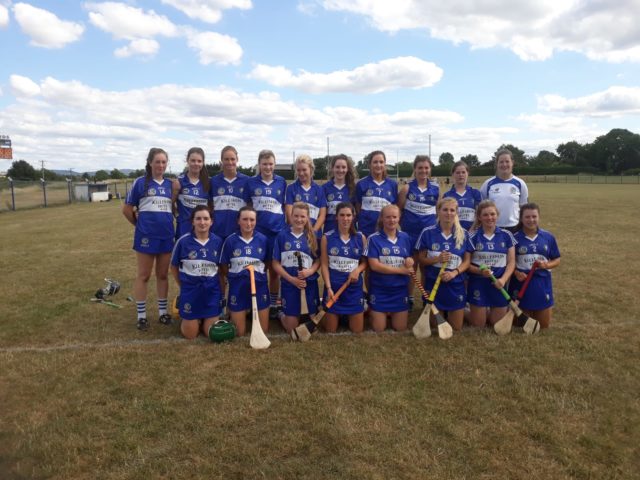 A late point from sub Alison McEvoy rescued a draw for the Laois camogie team and kept their hopes alive of reaching the knockout stages of the All Ireland championship.

McEvoy was part of the Laois ladies football team that won the Leinster title last weekend but the dual player only came on for the last ten minutes here after being delayed getting to the game.

She made a big impact when introduced and scored a brilliant point to rescue the game late on.

Laois had lost to Cork in their opening group game so needed to pick up something out of this to have any chance entering the final two rounds against Down and Derry.

Laois got off to a good start with two early points from full-forward Kirsten Keenan, the Camross girl one of three of last year’s All Ireland winning U-16 players in the starting team alongside Aimee Collier and Molly O’Connor.

But Carlow soon got on top and after Kate Nolan pointed, they then hit five points in a row to go four ahead. All five came from frees from the deadly accurate free taker Eleanor Tracey.

A Keenan free before half time ended a 23-minute spell without a score but at the break Carlow led 0-6 to 0-3.

Laois again got the second half off to a flying start when Keenan scored a bullet of a goal and they took the lead when midfielder Sarah Creagh pointed.

A Tracey free levelled things again but Sile Burke and Tracey (a free again) had the sides level entering the final quarter.

Another Tracey free late on looked as if it would win it for Carlow but Alison McEvoy popped up to fire over the equaliser from distance.

Keenan was unlucky not to be awarded a free in injury time but there was to be no further score as the sides had to be content with a share of the spoils.