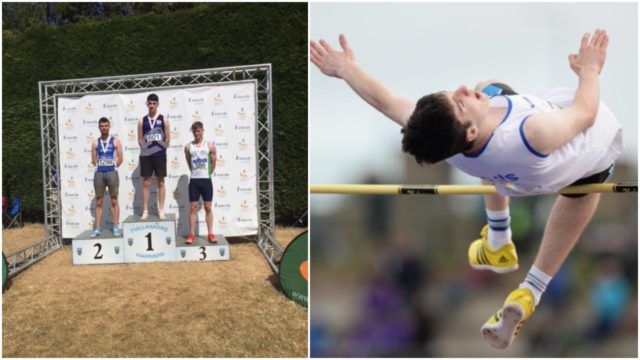 One Emo-Rath athlete has continued to excel in the long, triple and high jumps and is earmarked for even more success in the future.

Eoin Keenan won the national U-19 long jump in Tullamore on Saturday July 14. As well as his national success, he also made a  new personal best, clearing an incredible 6.23m.

Eoin will be competing in the high jump on Sunday and triple jump next weekend.

He is building on from his success last year, where he cleared 1.85m (almost 6″1′) to claim bronze in the Leinster Schools Track and Field Championships.

Chairman of Laois Athletics John Scully said, “His win today is icing on the cake for a hard year of training. He will be hoping to make the podium again before the Nationals are over.”

There are a number of Laois athletes competing in the All-Irelands this weekend and next.

We will bring you reports on how each of them get on as we get them.