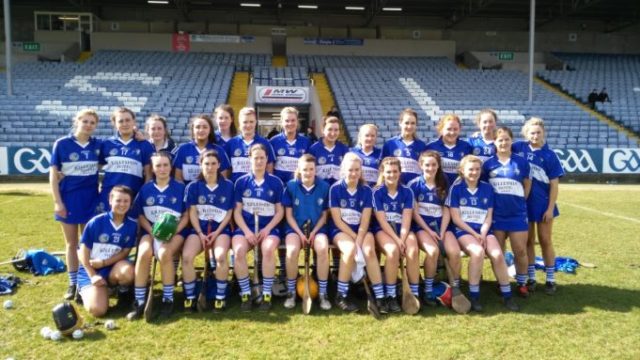 Laois intermediate camogie are contesting their third championship match of the season in Rathdowney this Saturday at 5pm.

This is a must-win match for Laois, after suffering a heavy defeat to Cork last month and scraping a draw against Carlow last weekend.

Laois camogie made headlines after it emerged that the management team of Eanna O’Neill, Dave Hughes, Fiachra Foran and manager David Dunning resigned this week.

Laois and Derry previously met in the division two league in Owenbeg in March of this year. Laois came out on top that day, scoring 4-5 to Derry’s 2-9.

Neither teams have released their teams as of yet but with Alison McEvoy cleared after her head injury and putting up a late point to secure a draw against Carlow, Laois look to have a clean bill of health.

Where will it be on?

Laois will play their second home match in Rathdowney at 5pm.

Derry upset the odds and produced a draw against strong favourites Cork last weekend. Their first championship match against Down resulted in a draw and their no-losing streak has put a lot of confidence behind these Derry players.

What Derry players should we watch out for?

Players like Grainne McNicholl and Janey McGuckin have high intercounty standings and will be key markers in this match.

The referee for the game is Philip McDonald. The Cavan man refereed the Liberty Insurance All-Ireland Premier Junior camogie championship final in 2017 and previously won Ulster camogie referee of the year in 2016.

We’ll be live-blogging the game on LaoisToday.ie and will have a full report up on site after the match.