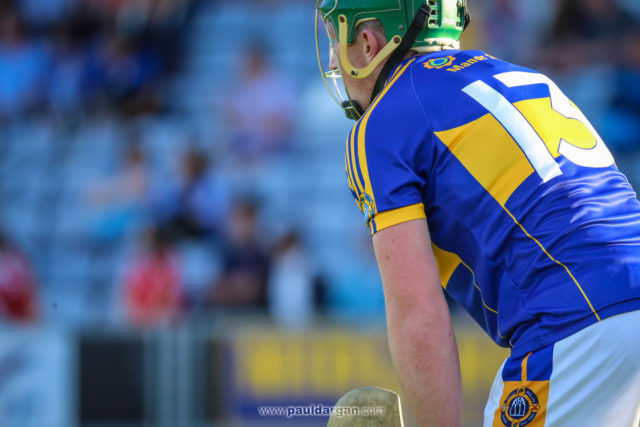 Brought to you in association with HFS Accountants

We have the first round of the club hurling championships behind us and while it’s still a long way to county final day, there has been plenty of indicators of who is going well and who could be in bother.

We’ve updated our rankings – with some movers and some just clinging on to their spots.

Mountmellick won their opening game in the JHC ‘A’ against Borris-Kilcotton’s third team – and while we still have them as the highest-ranked team in that competition, they drop one place due to performances above them.

Ballypickas lost their opening round game to Clough-Ballacolla in the IHC and now must beat Park-Ratheniska/Timahoe to avoid a relegation playoff. But a decent performance against the Division 2 league champions sees them jump up a spot in the rankings.

Appeared to have a good chance to win their first championship game as a club facing a Camross side that had lost a number of players to their senior team. Their game with Ballypickas will be interesting and it’s one they have to win to stay in the championship.

Clonad looked good for an opening round win when they led at half time against Slieve Bloom. But they faded off in the second half and now face a tough game against last year’s beaten finalists Rathdowney-Errill to avoid going into a relegation playoff.

This team have won back-to-back league titles but lost a number of players to senior. In that context it was a very good win over Park-Ratheniska/Timahoe and they go up one place.

This team will feel aggrieved not to have won the IHC last year and they followed that up by reaching the Division 1A final of the league. But they lost a couple of players to their senior team, then lost to Borris-Kilcotton and now drop three places. Are still a team that could contend for this title though and could rise again.

Their Division 2 league final win over Slieve Bloom was impressive but they then lost almost half that team to their seniors. Got the better of Ballypickas in their opening IHC game but they still drop one place.

An impressive win over Clonad and others losing players sees them come up in the rankings. Have to be considered challengers for the IHC title but they still have improving to do if they’re to go all the way.

Relegated from the senior ‘A’ grade last year, their clash against last year’s beaten IHC finalists Rathdowney-Errill was always going to be a tight one. Borris-Kilcotton won by a point and are one of the biggest movers in this week’s rankings.

Two first-half goals kept them in it against Clonaslee and while they never threatened to win they performed well. Will need to get something from their games against Portlaoise and Rosenallis to have any chance of avoiding the relegation playoff.

Went down to 14 men midway through their game against The Harps. Always up against it in that one anyway and their next games against Colt Gaels and Mountrath could represent their best chance of a championship win.

They performed well enough for long spells against Colt Gaels – but not well enough to go up in the rankings.

They conceded a couple of bad goals against Trumera but never looked in any real danger. Could pose a threat to some of the sides above them and their game against Portlaoise, in particular, will offer them a chance to come up in the rankings.

Last year’s beaten finalists will be hard beat and they are off to a winning start again. Their game against The Harps should decide who tops the group.

They were beaten by Rosenallis in their opening game but they should still make the knockout stages. With players to come back from America and Cahir Healy likely to feature at some stage after a long injury lay-off, they should get better the longer they stay in the championship.

A good win over Portlaoise in the opening round has set them up well to top their group and go straight into a semi-final. Plenty of young talent but they remain our second-ranked team in the Senior ‘A’ grade.

A routine enough win over Shanahoe Gaels in the opening round. Colt Gaels will provide the toughest game to them in their bid to go straight through to a semi-final.

Battled well enough against Borris-Kilcotton but were over-powered in the end. Their final round game against Abbeyleix could be their best chance to avoid instant relegation.

Put in a very disappointing performance against neighbours Ballinakill and were a shadow of the side that reached the semi-final last year beating Castletown and Camross along the way. Will need to improve quickly if they’re to avoid getting dragged into a relegation scrap.

The old dogs for the hard road. Were slight outsiders against Abbeyleix but controlled the game from start to finish. Have an excellent free-taker in Eamon Jackman, a top forward in Cha Dwyer and a range of other players well able to score. Will give most teams above them a good rattle.

Were responsible for the shock of the championship so far when they beat champions Camross the last day out and definitely look a side on the way up. Their game against Clough-Ballacolla the next day will be another great test.

Had they not staged a great comeback against Clough-Ballacolla they could well have been in relegation bother. Have a massive game now against Camross where a win could knock out the champions.

There’s very little between the top four teams and Borris-Kilcotton had a predictable enough win over Ballyfin Gaels. They appear to be in the easier of the two groups and it could be a semi-final before they’ll play one of the other big guns. Remain unchanged for now.

They could well have been our Number 1 ranking if they’d beaten Rathdowney-Errill but they only just got out with a draw. Now face a rejuvenated Castletown side. A win would almost certainly put them through – but a loss would leave them in big danger.

Went down badly to Castletown Gaels but the lack of a strong performance from the teams beneath them mean they stay as our Number 1 for the time being. They take on Rathdowney-Errill in their next game where a loss (combined with a win for Clough-Ballacolla over Castletown Gaels) would knock them out. Need to show drastic improvement. And fast.