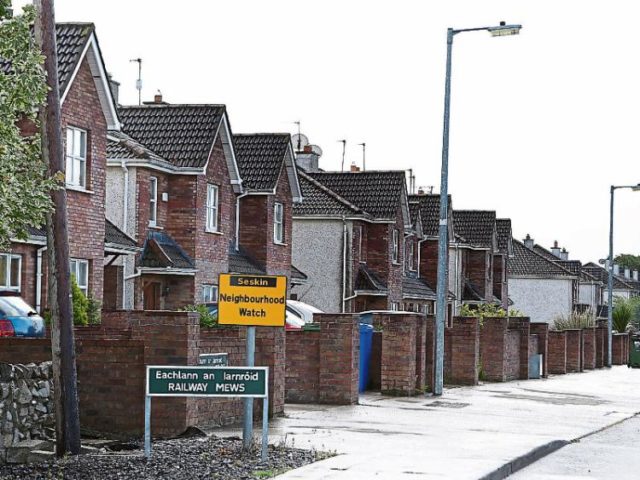 Railway Mews in Portarlington appear to be nearing the finish line at last after years of delay.

The charming development is one of the largest in Portarlington and contains roughly 100 houses.

A staff member with Laois County Council has been assigned to carry out infrastructural reviews at the development. A timeframe is expected to be made shortly outlining when the county council can take charge of the estate.

The update was given at the latest meeting of Graiguecullen-Portarlington Municipal district. C

ouncillor Aidan Mullins has been actively questioned why the works have taken so long, considering they are only minor.

In 2015, the residents were told that the estate was on track for being taken in charge the following year, on the completion of minor works.

A year later again, they were told it would be 2017 but currently, in summer 2018, they are still waiting.

Cllr Mullins told a previous council meeting that he is a bit confused regarding what’s happening.

“A lot of items on the list are minor repairs that would be done in a couple of weeks, yet we are still talking about the outstanding works.

“I just feel that more pressure should be put on the developer, as it is only small items that are delaying the taking in charge process for the past couple of years.” Cllr Mullins said.

Senior engineer Micheal O’Hora told the latest meeting that a “range of infrastructural services reviews” must be carried out for the taking-in-charge process.

A member of the county council’s staff was reassigned to deal with these infrastructural reviews. O’Hora believes he would be able to provide a timeframe within the next two weeks.