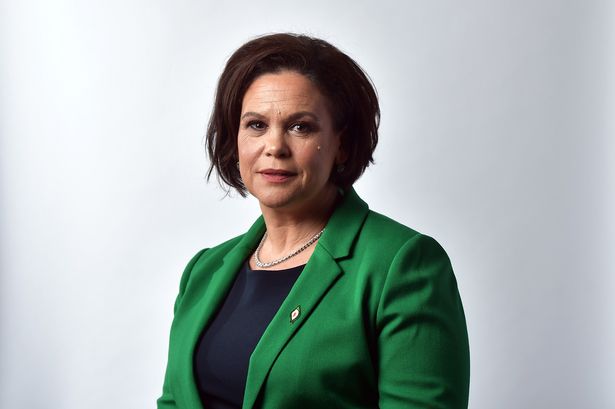 Sinn Féin leader Mary Lou McDonald will take to Laois this week on a constituency tour that will also she her visit Offaly as Sinn Féin prepares to try retain a seat in the key midlands constituency at the next General Election.

Ms McDonald will split Wedesday, August 29 between Portlaoise and Mountmellick.

During the visit, she will meet various groups including childcare providers, community alert groups, autism campaigners and parents supporting the building of a new school in Portlaoise.

She is also set to meet the Portlaoise Hospital Action Committee, which has been campaigning against the downgrade of the Midland Regional Hospital Portlaoise.

Preparing to try retain a seat

She tours the constituency with sitting Laois TD Brian Stanley.

Deputy Nolan resigned from Sinn Féin this year after opposing the party’s support for a Yes vote in the abortion referendum.

Retaining the seat will be a key target for Sinn Féin because of Dep Nolan’s resignation and Fianna Fáil targeting of Laois Offaly as a possible gain.

A large portion of Laois-Offaly that takes in Portarlington is going into Kildare South at the next election.

Ms McDonald is also due to visit Tipperary this week.