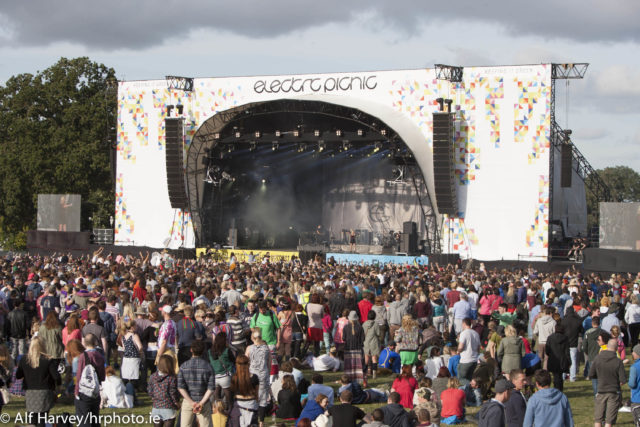 He is perhaps one of the most acclaimed rap artists of his generation and it will be a certain spectacle to see this man perform live on the Friday night.

A huge level of excitement has surrounded his arrival on the big stage in Stradbally, and is one of the reasons why tickets are like gold dust.

From Humble to All The Stars, Kendrick Lamar will have the crowd bopping along to his world famous tunes.

Not new comers to the fields of Stradbally Hall by any stretch, but Walking On Cars are always a guaranteed great act. Described as a modern, passionate, folk-influenced indie-pop band, the Kerry natives will create a special atmosphere on the main stage.

With hits such as Speeding Cars, Catch Me If You Can, and Don’t Mind Me, these guys are one of Ireland’s top talents right now, and they will be sure to attract a big crowd.

This will be one of the most spine tingling acts of the weekend, as it has been for the last couple of years when 2FM and the RTE Concert Orchestra combine forces to produce an amazing musical performance of the story of hip hop.

The stage will be packed with a huge number of the most talented orchestra players in the country, accompanied by a number of top DJ’s and singers.

A very popular electro-house group, consisting of two male artists, they have gathered quite the following in recent years, especially after the release of the hit Cola in the last year.

They will be on the Casa Bacardi stage belting out their own tunes, as well as some of the most modern songs with a twist. They will be one of the top electro-house acts of the weekend.

An Irish dance band, this group will certainly give a great performance at the second biggest stage at the Electric Picnic. They have a unique sound, and they will be one of the most anticipated dance acts of the weekend.