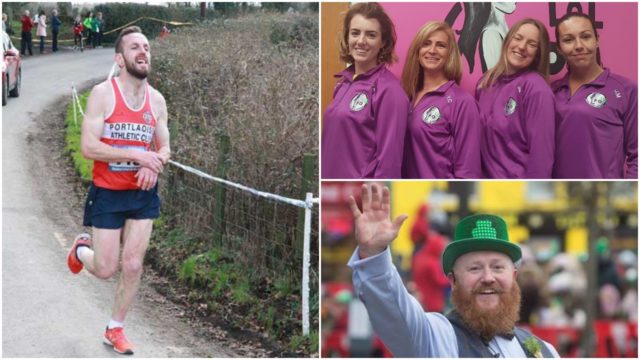 The first programme of a three-part documentary series on Portlaoise called The Town was broadcast to the masses on Virgin Media One, formerly TV3 tonight, Monday September 3.

The series, produced by Yvonne Kinsella for Motive TV, followed a number of people based around Portlaoise throughout the autumn and winter of 2017.

Those featured on tonight’s porgramme were praised for their honesty and hard-work, and a lot of very important issued were raised.

These included mental health, suicide, life-threatening illnesses and working hard to support those you love.

Among those featured tonight were Richie Reid and Julieka Cahill, Rose Maher, Yvonne and Sean Comerford, Christy Bannon and Noel and Marie Tuohy.

This episode is the first in the three-part series looking at the lives of residents of Portlaoise.

And it certainly stirred up some serious reactions:

Oh wow #VirginMediaTelevision has really blown their media competitors out of the water with the documentary now airing on @VirginMedia_One about Portlaoise! #TheTown! Well done guys! This is what Irish viewers want to see! Human interest stories! Excellent production guys???

This really is excellent from @VirginMedia_One. Very well done. This is what reality TV should look like. More like this please #TheTown

Good to see the TV spotlight being put on real people living in a real town Portlaoise. #TheTown

Emotions were raised right from the beginning with Rose Maher talking about her young daughter Mary Claire and treatment for her Dravet’s syndrome, which results in severe seizures for young Mary Claire.

Someone is cutting onions in #Portlaoise ?#TheTown but also, I want to be a lady who lifts ?️‍♂️and to be in a panto! ?

Oh god the poor little baby, your heart would break especially when you’ve one that age too ?#thetown

Prison guard Christy Bannon opened up about his life and how being involved in the pantomine helps him deal with depression.

Difficult viewing so far, moreso when it’s local and people you recognise from around #thetown in Portlaoise.

#TheTown on @VirginMedia_One #Portlaoise now this REALLY IS #realityTV pic.twitter.com/ogSqK091l4

Ratheniska residents Richie Reid and Julieka Cahill spoke about meeting for the first time, and preparing for the Dublin Marathon in honour of his son Denis who died by suicide in late 2016.

Powerful stuff there from Richie Reid&his wife!!Talking about how you are feeling is very undervalued in this country! #TheTown @VirginMedia_One

The suicide issue is so serious in this part of the country. People just dont understand. Such a brave family to talk about the realities of it. #TheTown

What a guy, Richie on #TheTown. Ever though his day begins at 4am, he runs every evening, training for marathon & raising funds for @PietaHouse #inspirational

Denis’s parents stressed the importance of talking to someone, and opened up about coping after Denis’s death.

Very worthwhile watch about real people and their lives in a real Irish town. Message I’ve taken so far is ‘just talk’ #thetown

Inspiring people! Well done to the people of Portlaoise for sharing their stories ? #TheTown #LifeCanBeCruel

It surely has been a terrible scar on rural parts of the country like here in Laois. I think we are starting to see it become less taboo. It’s the affect on those left behind that’s the hardest #TheTown

Thankfully, somehting has to happen. There is not a person my age who hasn’t been affected by it #TheTown

Watching #thetown and my da knows the lad talking about his son, didnt know about the sons passing 🙁 More needs to be done for mental health in Ireland

Gym owner Yvonne Culleton and husband Sean talked waiting on their house built, and Yvonne’s new Ladies Only Lifting gym, based in Portlaoise.

Are you watching #TheTown Deric on @VirginMedia_One? Isn’t Yvonne such an exceptional woman! Honest views for an honest country! Excellent story! #VMT

Local councillor Noel Tuohy and his wife Marie also appeared on the programme speaking about Noel’s diagnosis with Parkinson’s disease.

What a great show! Similar struggles going on in every town/village/family. Appreciating my life and putting my perceived struggles into perspective #thetown

A little reminder, no one knows what goes on behind closed doors or what personal battles people are having. It costs nothing to smile! #thetown #portlaoise

Proof you’ll walk past a friendly face in town, throw them a wave and a smile and not have a clue of the extent of what’s going on in their life #TheTown

Two more one-hour programmes will be aired at 10pm over the next two Monday evenings and is the culmination of almost six months of filming.

SEE ALSO – In Pictures: All the photos from another brilliant Electric Picnic weekend