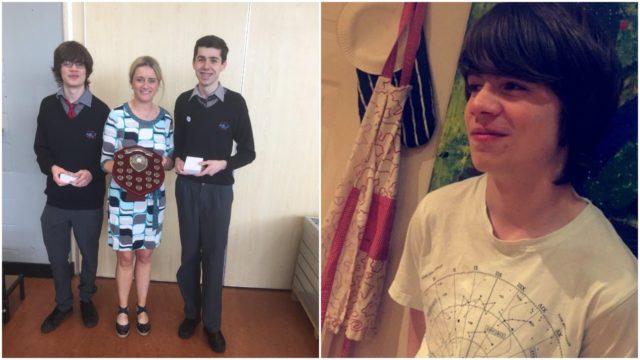 A young Portlaoise student who sat his Leaving Cert in June has been awarded with a prestigious scholarship.

Luan Fletcher-Calt, who was is a past pupil of Portlaoise CBS, was given the award.

There is at least one winner from each County in the Republic of Ireland.

The scholarship is intended as a reward and encouragement to exceptional students who would like to study in the STEM field (science, technology, engineering and maths) at University.

The school of each winning student also receives a prize for the schools science labs.

The aim of the Naughton Foundation and it’s two founders, Martin and Carmel Naughton, is to build a community of very bright students whom will be worldwide leaders in their fields in the future, be it in research or industry.

This is not the first time that a Portlaoise CBS student has been awarded a Naughton Scholarship.

Luan is currently in Trinity College where he is studying Maths.