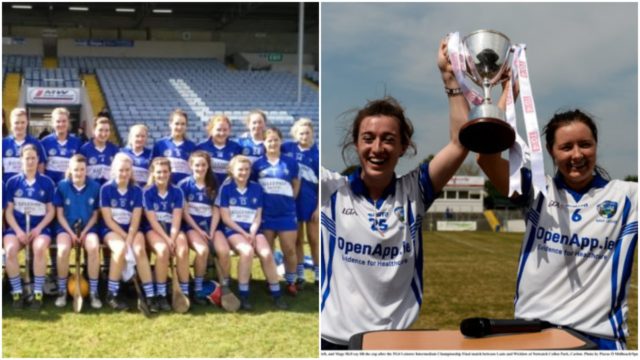 Both the Laois Ladies football team and the Laois camogie side are on the hunt for new managers.

The Ladies footballers claimed the Leinster Intermediate title last year but failed to win promotion back to the senior ranks.

They were defeated by Roscommon in the All-Ireland quarter final with manager Kevin Doogue announcing his departure a short time after.

Dublin’s David Dunning was appointed as Laois Camogie boss at the start of 2018 but he stepped away from the role midway through the season.

Former manager Owen Drennan took the reigns for the remainder of the season as Laois failed to get out of their group in the Intermediate championship.

He said: “Laois LGFA County Executive are seeking applications from suitably qualified people for the post of Manager of the Co Intermediate team.

“The team are currently Leinster Intermediate champions and play in Div 2 of the Lidl National League.

“Applications in writing to chairperson.laois@lgfa.ie.”

While Laois Camogie have also launched their search through chairman Barney O’Connor.

He said: “Anyone interested in the role should apply to secretary.laois@camogie.ie

“This should include their coaching qualifications and previous experience/involvement in club/county.

“It should also outline why they wish to become involved and your aspirations for the team.”