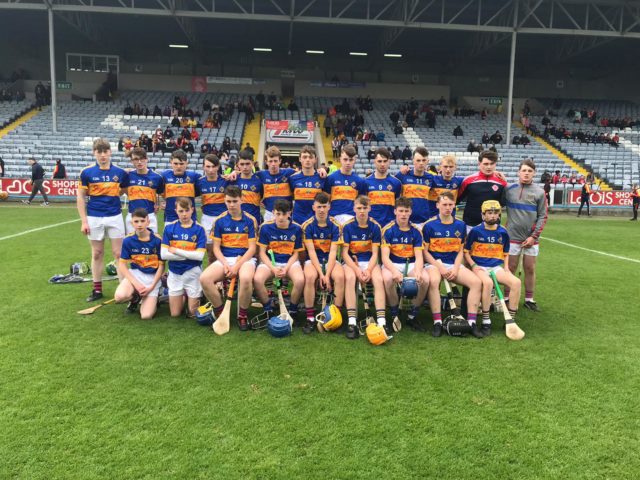 Teenage sensation Cillian Dunne put in a simply stunning display to lead Clough-Ballacolla-Mountrath to the MHC title in O’Moore Park this afternoon.

In a repeat of the U-16 final from last year which Clough-Ballacolla-Mountrath won also, they trailed for 53 minutes of this game before Dunne, who is still U-15, led them to victory with a mix of deadly free taking and lovely points from play.

It is Clough-Ballacolla’s first minor title since 2006 and it really was a gritty affair as The Harps made them push all the way.

The Harps had the strong breeze in the first half but really failed to take full advantage of it.

They got off to a great start with points from Conor Delaney and Mikey Monaghan in the opening ten minutes but failed to score from play again in the remainder of the opening period.

Four more Mikey Monaghan frees took their tally to six but Clough-Ballacolla-Mountrath caused them plenty of problems down the other end.

They almost had two goals from Adam Kirwan but keeper Lorcan Fitzpatrick pulled off two fine saves, the first of them utterly spectacular save as he flung full length to his right to deny the forward from close range.

But Kirwan, Cillian Dunne and Mark Hennessy all pointed to leave them trailing by 0-6 to 0-3 at half time.

The Harps needed a good start playing into the breeze and Mikey Monaghan gave it to them with a point straight from the throw in.

Cillian Dunne responded with a free for Clough-Ballacolla-Mountrath but The Harps centre back, Crettyard native Ciaran Burke, drilled over a 65 against the wind to restore the four point gap.

But a Cillian Dunne free and one from Kevin Mulhall narrowed it to two as we entered the final quarter.

Dunne, who is still U-15, then showed some lovely stick work to score his first from play and then followed that with a free to level matters for the first time after 48 minutes.

The Harps pushed to regain the lead but a few chances went astray before Clough-Ballacolla-Mountrath went down the other end where Adam Kirwan pointed to give them the lead for the first time after 53 minutes.

Cillian Dunne added another and they almost had a goal as three minutes of injury time were signalled but the brilliant Lorcan Fitzpatrick once again denied Adam Kirwan.

The Harps had a late chance for a goal through Cody Comerford when the ball broke his way but his shot just went wide and that was it for them as Clough-Ballacolla-Mountrath held on. 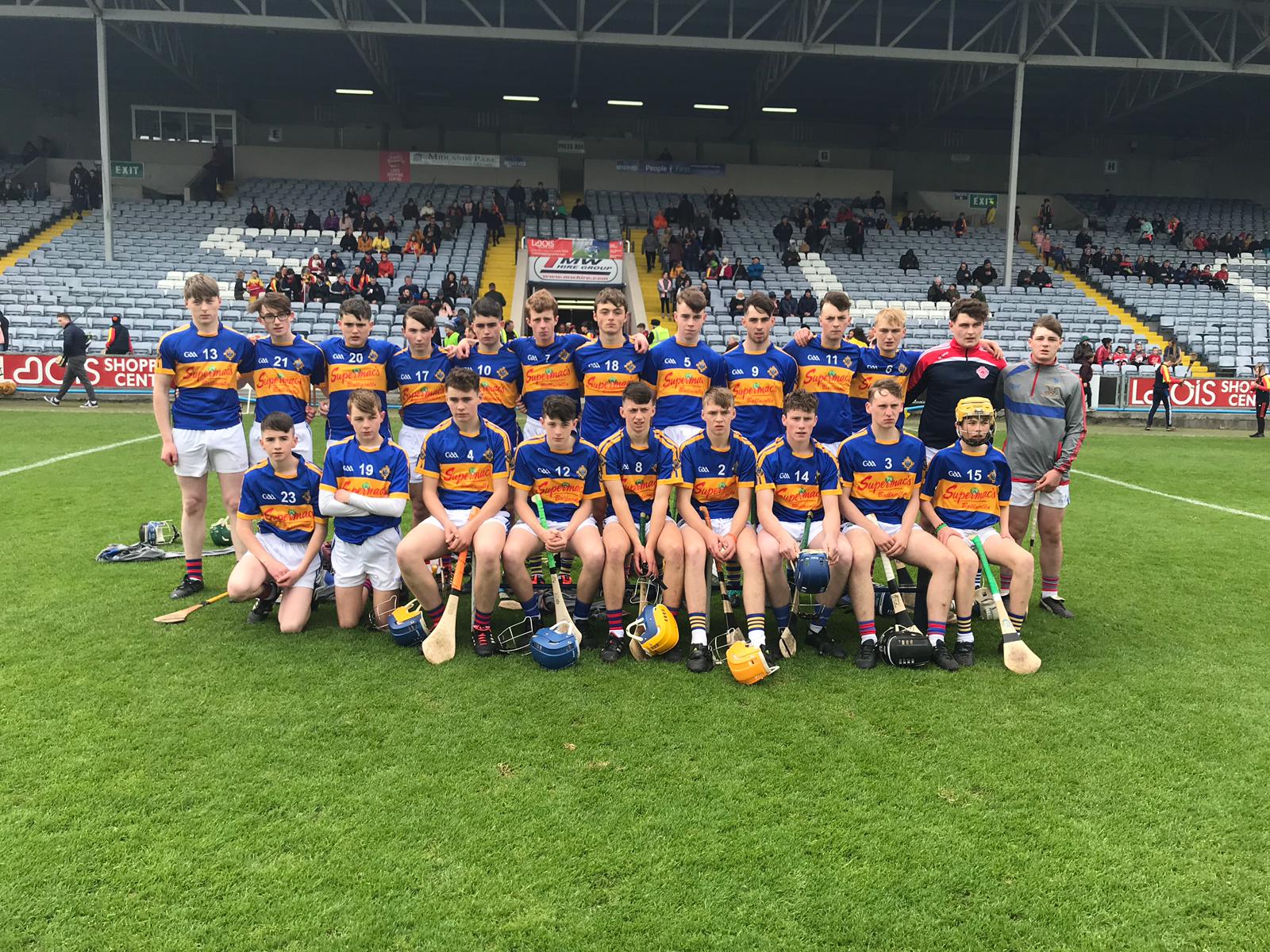 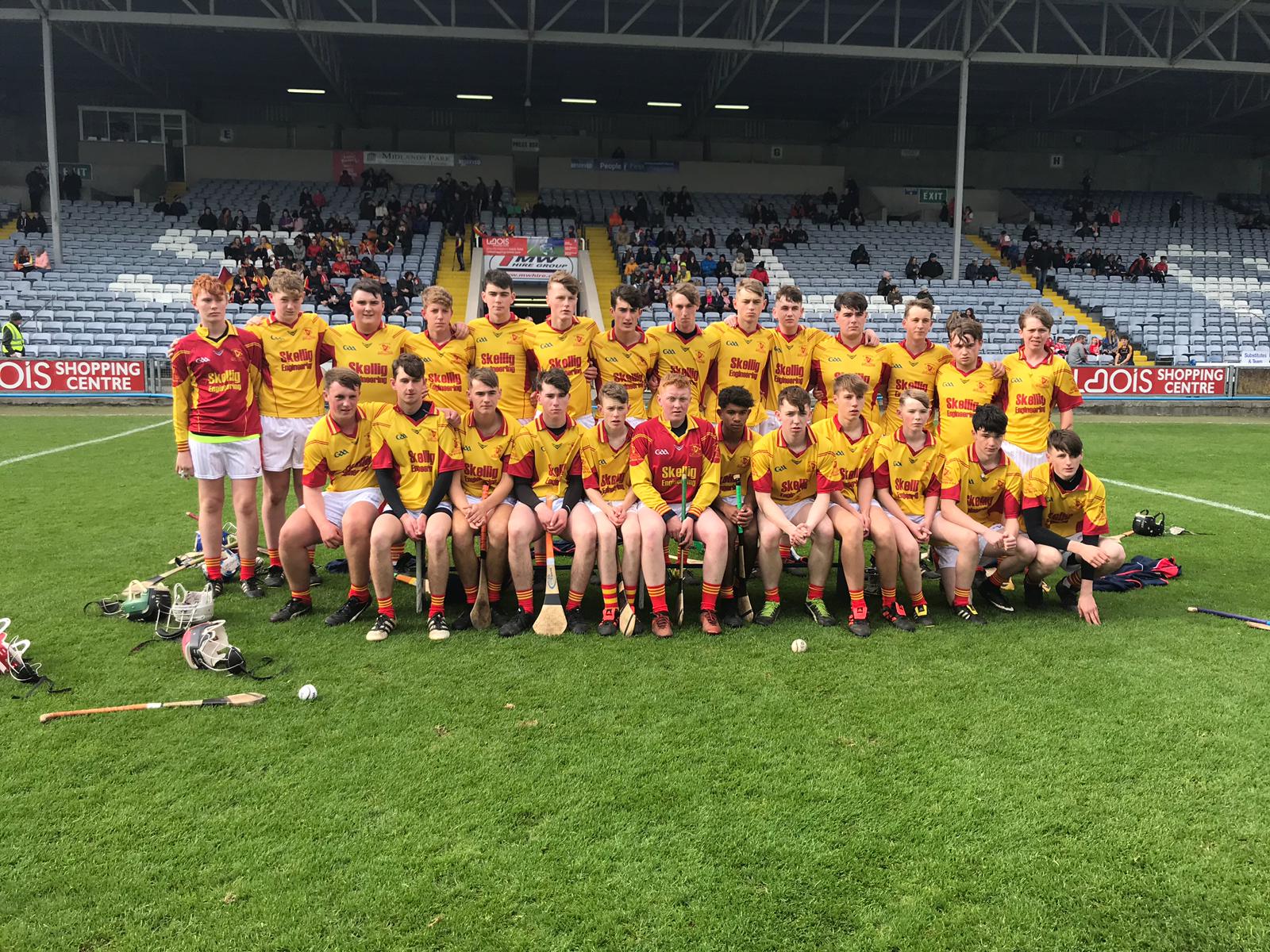 SEE ALSO – LIVE BLOG: Follow all the action from the Minor and Senior A finals