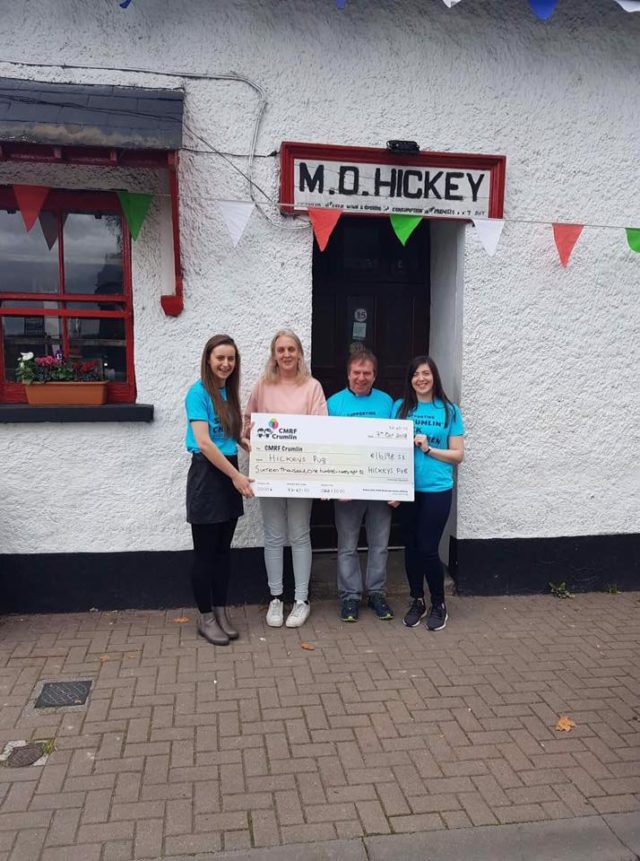 What an incredible deed.

Three Laois people have gathered an astounding €16,198.53 for Our Lady’s Children’s Hospital, Crumlin.

Dawn Flynn, Ciara Dunne and Tom McRedmond raised the incredible amount from the help of donations from the people of Clonaslee and Laois.

The three held one of the biggest fundraisers in Clonaslee this year on Sunday, July 15.

The Square and St Manman’s GAA field played host to a wide range of activities throughout the day, all in an effort to raise funds for the Children’s Medical & Research Foundation, Crumlin.

To start the proceedings, there was an epic battle of the sexes with a novelty ladies vs men football match in St Manman’s at 2pm.

A monster auction also took place in the Square outside Hickeys Pub at 4pm. Items that were up for auction include; a signed Laois football jersey, a penny farthing bike, turf, a mini barbecue and much more.

All this excitement was followed by a bake sale and live music from TJ Brewer at 6pm.

Organisers Dawn Flynn, Ciara Dunne and Tom McRedmond all work in Hickey’s Pub, Clonaslee, and come together every year to raise money for different charities.

“There’s been four or five skydives over the past 10 years,” Tom said previously to LaoisToday. “We talked about a few different charities and decided on focusing on a children’s charity for this year,” he added.

“We always get a great response, and the auction is set to go down really well. There’s anything there so if people are looking for something they’re bound to find it!” he laughed.

Tom, Dawn and Ciara completed the skydive for CMRF Crumlin in August to help raise such a staggering amount for the organisation.