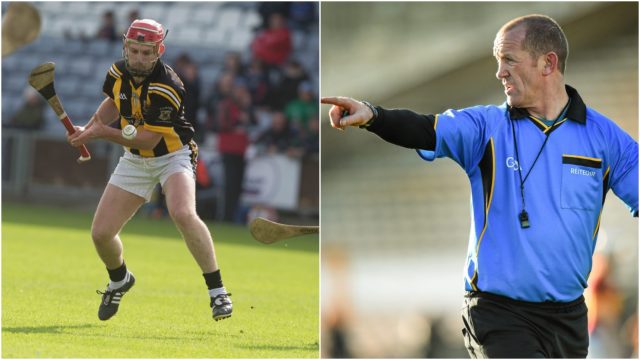 Camross hurler Darrell Dooley has had his two-game suspension lifted by the Laois GAA Hearings Committee on Monday night.

Dooley was suspended following a Laois GAA investigation into the county final incident that saw Rathdowney-Errill’s Ross King suffer a serious facial injury and has required considerable dental treatment since.

It has also emerged that referee Anthony Stapleton – from Rathdowney-Errill and a supporter of his club on the day – has been given a four-week suspension following an incident at the game involving the match officials.

He was involved in an altercation after full time, not at half time as we previously incorrectly stated.

Dooley received a yellow card at the time from referee John O’Brien – but was later suspended by Laois GAA officials. However, the Camross club sought a hearing and had the ban overturned.

It means that the defender will now be free to play in their upcoming Leinster club championship game against first-time Wexford champions Naomh Eanna from Gorey.  That game takes place in O’Moore Park on Sunday, November 4, with the winners to meet Kilkenny champions – Ballyhale Shamrocks or Bennetsbridge – two weeks later.

The aftermath of Camross’s first back-to-back Laois senior hurling success since 1994 and their 26th title in total has been dominated from the fallout surrounding the controversy.

Rathdowney-Errill manager John Delaney said after the game that it was a ‘disgrace’ that only yellow cards were handed out. Video footage then emerged of the incident and subsequent to that, images of Camross players appearing to mock the injury received by King also circulated on social media.

Then, earlier this week, four Laois councillors, including Cathaoirleach John King (Ross’s father), hit out at the incident and what emerged since.

Camross officials have been contacted for comment but so far haven’t responded.