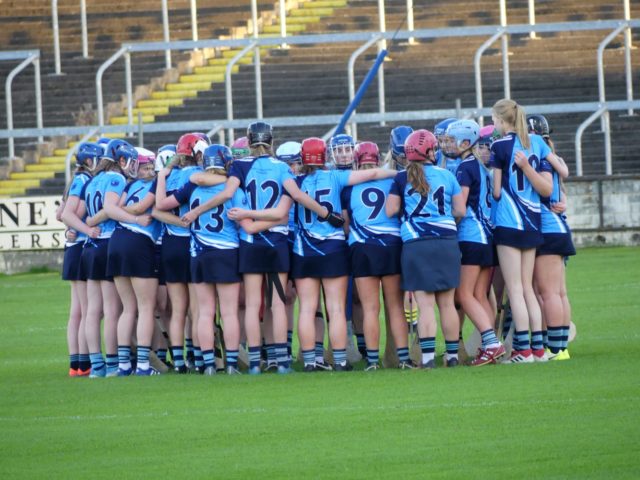 O’Moores of Laois have gone further in the Leinster camogie competition than they have ever done.

They are now aiming to go one step further as they take on Young Irelands Gowran of Kilkenny in the Leinster intermediate semi-final this weekend.

O’Moores began their Leinster campaign after first defeating Camross in a close-knit battle in O’Moore Park earlier this year.

Dermot McGill’s side previously lost to the black and amber during the championship and just squeezed past St Brigid’s in the semi-final to book their place in the final against their familiar final opponents Camross.

Mary Keating was pivotal to O’Moores success on the fateful final day, scoring 1-7 of their 1-11 as she stood over frees to bring the O’Moores women over the line and up the steps of O’Moore Park.

Mary also received camogie Player of the Year for her efforts, and six representatives from O’Moores were selected in our first ever Team of the Year in camogie.

Next for the O’Moores women was Cuala of Dublin in the preliminary round of the Leinster intermediate campaign. They finished victors on a final scoreline 3-8 to 1-9 to book their place in the quarter-final.

From here they marched through to the semi-final after defeating Buffers Alley of Wexford 2-10 to 1-3 in Mooncoin, Wexford.

They saw off their north Kilkenny opponents by 12 points to 1-3 to head straight into the Leinster semi-final this weekend.

The match was originally due to be played two weeks ago, but with the recent death Gerry O’Sullivan, father to O’Moores player Lorna, it was postponed and moved to this weekend.

Young Irelands captain Sarah Ann Quinlan looks to be the main attacking threat for the O’Moores side.

The centre-forward can score from distance and contributed seven points towards her side’s victory over Clara in the intermediate county final.

However, we reckon with the roll O’Moores are currently joining, Sunday could mark the day they face their dream of getting to a Leinster final.