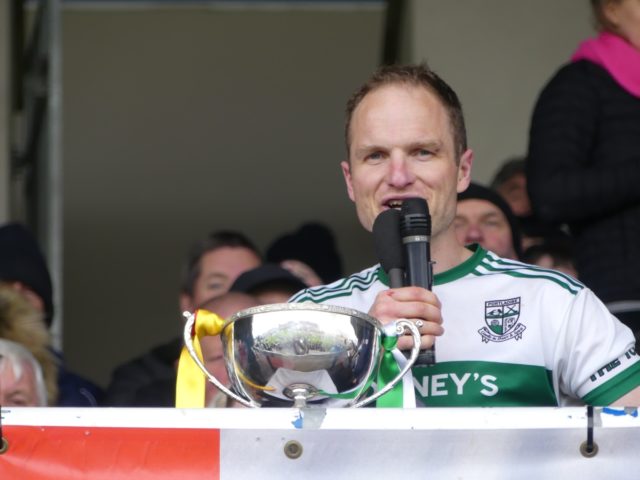 After the footballers exited the provincial competition last week, the Portlaoise hurlers will look to claim Leinster glory this afternoon.

The task facing Eamonn Fennelly’s side is a tough one as they travel to Nowlan Park to take on Graigue-Ballycallan.

The Senior A Hurling Championship in Laois came to a conclusion last month as Portlaoise defeated The Harps to claim the cup.

They began their Leinster IHC campaign two a month ago away to Wicklow senior champions Glenealy.

However, Portlaoise put in a brilliant display in Wicklow as keeper Eoghan Nealon saved a late penalty as they clung on to win by 0-16 to 1-10.

Up next were Offaly champions Ballinamere from Tullamore who came to O’Moore Park two weeks ago.

Here, a wonderful display from new Laois senior selector Tommy Fitzgerald inspired his side to a 3-12 to 2-11 victory.

And what that victory has done is put Fitzgerald on a direct collision course with the man he will work alongside with Laois next year – Eddie Brennan.

He is a key part of Kilkenny champions Graigue-Ballycallan who will be favourites to claim glory this afternoon.

Graigue Ballycallan cruised into the final, having beaten St Mogues of Wexford by fourteen points in their semi-final, 2-22 to 1-11. Eddie Brennan was one of the goalscorers for them last time out, and even at 40, he is still hurling superbly at centre-forward.

It is in that role that he will likely come head-to-head with Cahir Healy, which should be an intriguing battle between manager and likely future panelist.

Graigue Ballycallan will be a tough side to contend with though. Along with Eddie Brennan, former Kilkenny hurler James Ryall is still lining out, and corner-forward Conor Murphy is deadly accurate from placed balls they are a solid outfit without too many obvious weaknesses.

But Portlaoise have nothing to lose and we will be there to bring you all the action as it happens from 1.45pm.

SEE ALSO – In Pictures: Portlaoise lend their support to hurlers ahead of Leinster final