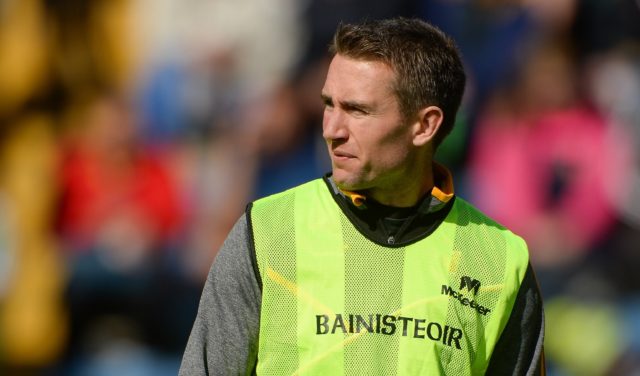 We love breaking news here on LaoisToday and this story was certainly a big one.

Laois bagged themselves a big name manager and he made an impressive start with a win over Offaly.

We look forward to see what 2019 brings.

An eight time All Ireland-winner with Kilkenny is set to be announced as the new Laois senior hurling manager.

In what is certainly a high-profile appointment, Eddie Brennan – who won eight All Ireland medals and four All Stars under Brian Cody with Kilkenny – is the chosen candidate of the three-man selection committee.

That committee of former Laois players Niall Rigney, Declan Conroy and Eamon Jackman have been meeting with interested candidates for the past number of weeks.

They met Brennan last week and his name is now expected to be ratified for the position by Laois County Board.

It’s understood that top Laois GAA officials met with the three-man committee this evening when they were told that Brennan is their preferred candidate. The rest of the Laois County Board were then informed of the decision.

Brennan played for Kilkenny from 2000 to 2011 when he was regarded as one of the top forwards in the game. He played 111 games for Kilkenny, 47 of them in the championship. An exceptional goal-scorer, he scored 26-62 in his championship career.

Since retiring he has had a two-year spell in charge of the Kilkenny U-21 team. He led them to last year’s All Ireland final, which they lost to Limerick. It was Kilkenny’s first All Ireland U-21 final appearance since 2012.

He is also a high-profile pundit on the Sunday Game and with the Sunday Times newspaper as a columnist. The make up of Brennan’s backroom team is not yet known.

Brennan’s appointment to the position comes after Tipperary man Eamonn Kelly announced he was stepping down following the end of Laois’s Joe McDonagh Cup campaign in June.

Kelly did two years in charge of Laois after he took over when Seamus ‘Cheddar’ Plunkett finished up after the 2016 season.

Brennan was stationed as a Garda in Portlaoise for a number of years during his playing career when he also lived in the county.

But he has since returned to his native Ballycallan in Kilkenny with his wife and young family and now works in the Garda Training College in Templemore.

Laois endured a disappointing 2018 season, which saw them lose three of their five Joe McDonagh Cup games and only survive relegation thanks to a final day win over Meath.

They were beaten by Westmeath, Kerry and Carlow despite starting as favourites to win the new Tier 2 McDonagh Cup competition.

Long-term rivals Offaly will be one of their McDonagh Cup opponents in 2019 along with Westmeath, Antrim and Kerry and the final of that competition is again expected to be a curtain raiser to Leinster hurling final.

Laois did manage to stay up in Division 1B of the Allianz Hurling League, however, so their opponents in that next spring will be Waterford, Galway, Dublin, Offaly and Westmeath.

Brennan’s appointment comes as the Laois hurling championship is approaching the knockout stages.

Two rounds of games have already been played in all the championships but there is still another round to be completed in Senior and Senior ‘A’ before it even gets down to the quarter-finals.