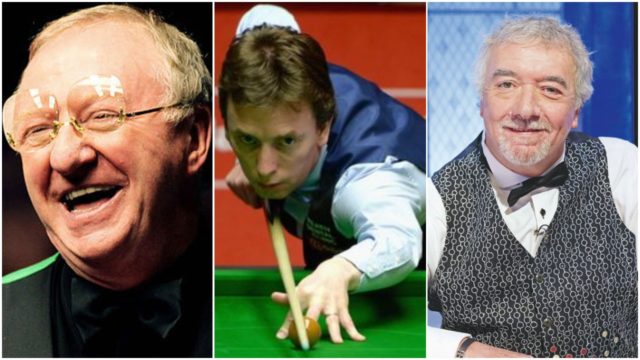 Three of the world’s most known snooker players will be coming to Portlaoise later this month.

On January 26, Dennis Taylor, Ken Doherty and John Virgo will be in the Midlands Park Hotel for a special exhibition night.

He defeated Steve Davis in a final that was watched by more than 18 million people.

Former UK champion John Virgo, who is now a pundit on the BBC will also be there.

He will provide running commentary on the night and will also showcase some of his trick shots.

Tickets for the event are €25 and they are available from reception in the Midlands Park Hotel or online at ticketstop.ie.

But they are said to be selling out fast so anyone wishing to go should book tickets now in order to avoid disappointment.