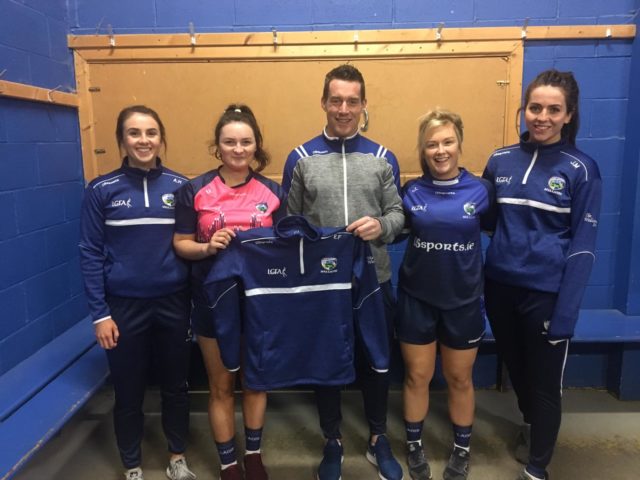 The Laois Ladies have named their panel for the upcoming season and it has a real youthful look about it.

Kildare native and manager David Gibson has announced a 34-player panel for their Division 2 campaign which begins against Armagh in less than two weeks.

St Brigid’s and Portlaoise come next with four while senior county champions from Sarsfields, Timahoe, Park-Ratheniska and junior champions St Paul’s have three each.

From the Laois team that won the Leinster intermediate title last summer, there are a number of absentees.

Five of the six backs who started that day are all no longer involved. Sisters Alison and Jenny McEvoy and their Sarsfields clubmate Ciara Hughes are all gone from the full back line while centre back Mags McEvoy has retired.

Laois player of the Year for 2018 Amy Potts, who was wing back in the win over Wicklow, is also absent as she recovers from ACL surgery.

Meanwhile, Sarsfields duo Ciara Burke (emigrated to Australia) and Clare Conlon (injured) are also not part of the panel.

David Gibson assumes charge of the team this year and he will be assisted by Stephen Duff (Ballyfin) and Teddy McCormack (Portlaoise) as selectors.

Portlaoise’s Danny O’Shea will be the trainer while Timahoe’s Linda Hooban will be the female liason officer.

The Panel is full is as follows: