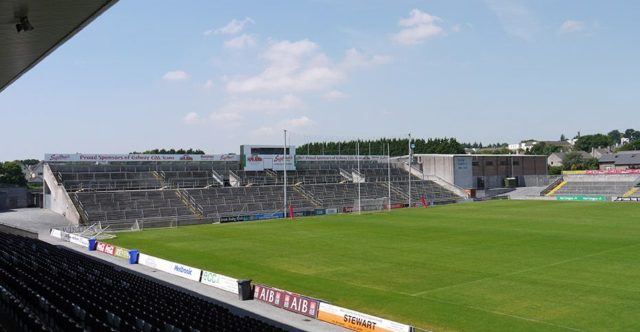 The meeting of the two sides has become regular fixture since Galway entered the Leinster Hurling championship.

Laois pressed Galway to within two points in the Leinster quarter-final in 2014, when Cheddar Plunkett was at the helm.

In 2016, Laois faced Galway in the league in Salthill but that day is one to forget the side went down by 26 points.

Last year’s league encounter was much closer, with Conor Whelan pushing the Tribesman over the line with a personal tally of 2-1. Galway won 2-18 to 0-17.

Galway will be missing a lot of the team that played in the 2018 All-Ireland final due to various reasons.

David Burke, Fintan Burke, Conor Cooney and Shane Cooney are all tied up with their club St Thomas’s while Daithí Burke is in the same position with Corofin.

John Hanbury is out due to work commitments and both Johnny Glynn and Joseph Cooney are abroad.

However, Michael Donoghue has drafted in 10 new players for 2019, including Cianan Fahy, Kevin Cooney and Fintan Burke.

There are also  four new faces on the panel since Laois bowed out of the Walsh Cup.

These include back-to-back county championship wing back Lorcan Burke from Camross has come into the fold and he is joined by Castletown’s Evan Cuddy, Borris-Kilcotton’s Stephen Dunphy and Ballyfin’s David Connolly.

On the injuries front, there is positive news. Cha Dywer, Willie Dunphy, Andrew Mortimer, John Lennon, Sean Downey and Lee Cleere are all back training.

We’ll have all the action live as Laois take on Galway in Pearse Stadium on Sunday, January 27 at 12.30pm.