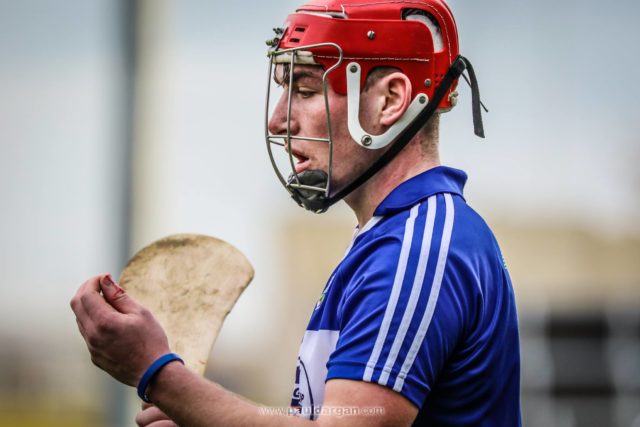 Laois take on Galway this afternoon in the opening round of their Allianz Hurling League Division 1B campaign.

Players opting out of the Laois panel have been well documented in the past few weeks. Eddie Brennan’s side are without former captain Ross King, Leigh Bergin from last year’s panel while Portlaoise’s Cahir Healy has opted to go in with the footballers.

However there are four new faces on the panel since Laois bowed out of the Walsh Cup.

These include back-to-back county championship winning wing back Lorcan Burke from Camross and he is joined by Castletown’s Evan Cuddy, Borris-Kilcotton’s Stephen Dunphy and Ballyfin’s David Connolly.

Selector Tommy Fitzgerald says the squad is in good form ahead of a very tough game.

Speaking at last week’s press conference, the Portlaoise man said: “Look to be honest we have a panel of 34 now. Thirty-four lads who are really, really training hard and who are applying themselves brilliantly and who are rowing in behind the panel and who really want to hurl with Laois.”

On the injuries front, there is positive news. Cha Dywer, Willie Dunphy, Andrew Mortimer, John Lennon, Sean Downey and Lee Cleere are all back training.

Eric Killeen remains a doubt for the Galway game due to a previous injury picked up.

The Galway Team to play Laois shows four changes from the team that defeated Wexford in the Walsh Cup Final last Saturday.

Sean Bleahene will make his NHL debut on a team that has 4 starters from the 2018 All Ireland Final – Padraig Mannion, Aidan Harte, Cathal Mannion and Joe Canning.

What’s the history between the sides?
Laois have usually put in promising performances against the Tribesmen, but the last win they recorded over the Westerners was in the early 2000s.

The meeting of the two sides has become regular fixture since Galway entered the Leinster Hurling championship.

Laois pressed Galway to within two points in the Leinster quarter-final in 2014, when Cheddar Plunkett was at the helm.

In 2016, Laois faced Galway in the league in Salthill but that day is one to forget the side went down by 26 points.

Last year’s league encounter was much closer, with Conor Whelan pushing the Tribesman over the line with a personal tally of 2-1. Galway won 2-18 to 0-17.

What Galway players should we watch out for?

Galway will be missing a lot of the team that played in the 2018 All-Ireland final due to various reasons.

David Burke, Fintan Burke, Conor Cooney and Shane Cooney are all tied up with their club St Thomas’s while Daithí Burke is in the same position with Corofin.

John Hanbury is out due to work commitments and both Johnny Glynn and Joseph Cooney are abroad.

However, Michael Donoghue has drafted in 10 new players for 2019, including Cianan Fahy, Kevin Cooney and Fintan Burke.

Of course, talisman Joe Canning and his capability of scoring sideline cuts from all angles will pose as one of the main threats to Laois’s defence.

What has Galway’s season been like so far?
Galway can look to the start of the national league with optimism following 1-23 to 0-20 win over Wexford in the Walsh Cup final.

They defeated Dublin in the semi-final by a narrow scoreline of 0-21 to 1-17.

Where, When and What Time?
The game is on in Pearse Stadium on Sunday, January 27 at 12.30pm as it is the first game of a triple header.

Where can I follow the game?
We’ll be live-blogging the proceedings on LaoisToday.ie as well as doing a full match report after the game.