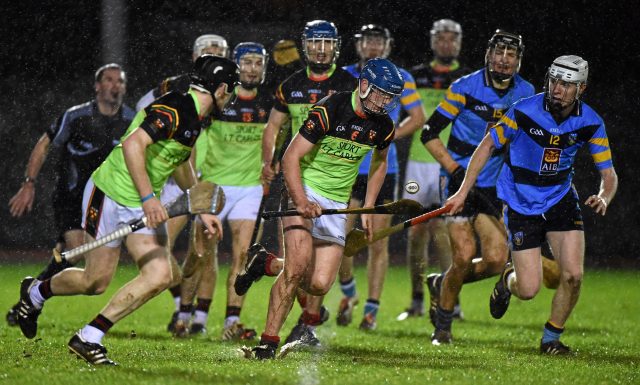 IT Carlow are the only college with Laois lads present who have made it through to the knock-out stages of the Fitzgibbon Cup.

Last year’s Ryan Cup winners, which is the second tier, Maynooth, had The Harps’ Daniel Comerford and Ballyfin’s David Connolly in their ranks and today saw them play their second game in three days.

Both Laois men started in Tuesday’s heavy defeat to Mary I and they were both in action again today in a must win game against DIT.

Connolly chipped in with two points but it wasn’t enough as they lost 4-12 to 1-9.

Chris Lynch’s Trinity College saw their campaign ended last night by LIT and that left it all down to IT Carlow this evening to keep Laois interest going.

They faced Garda College in Heywood needing a win to reach the last 8 and they achieved it in some style – running out 3-15 to 1-6 winners.

Abbeyleix’s Enda Rowland was in goals with Castletown’s Ryan Mullaney in front of him at full back. Meanwhile Ballinakill’s Sean Downey popped up with two points.

They now face an away trip to favourites UCC in the quarter finals.

The quarter final line up is as follows: