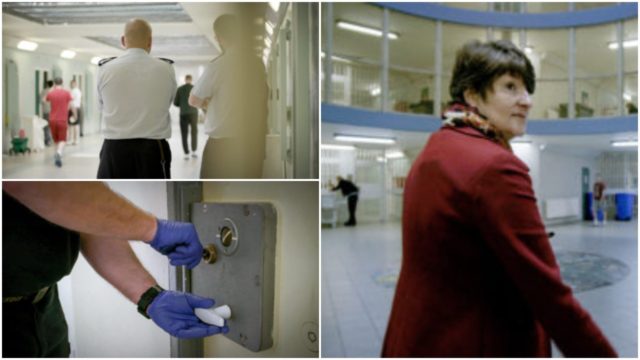 Tonight a new documentary on the Midlands Prison Portlaoise aired on TV for the very first time.

Inside Ireland’s Biggest Prison: True Lives premiered on Virgin Media One tonight and there was plenty of reaction on Twitter to the show highlighting what it is like to live and work in the Midlands Prison Portlaoise.

Different responses to the show varied across Twitter. The vast majority of users seemed to feel prison life wasn’t strict enough on prisoners, while others spoke of the boredom and lack of freedom they would feel.

Some praised the way in which the show delved behind the scenes of the Midlands Prison Portlaoise and the prison service.

While the reality of life behind bars was felt by some watching the show:

“You haven’t died, but it feels like you’re dead already, sometimes.”
That’s a pretty compelling reason to avoid a life of crime. #BiggestPrison

Fascinating viewing on @VirginMedia_One right now. #BiggestPrison #TrueLives. It’s a different planet to what 95% is know as normal life.

Many others felt as though life in the prison isn’t tough enough:

Fifteen minutes watching inside Irelands biggest prisons and am already in a rage. One prisoner caught with a weapon gets a slap on the wrist. Another has over 200 charges and describes it like a shelter for the… https://t.co/4HQGaf1qDO

“You get a cheque walking out the gate…” WHAT? What’s that about? How much? #BiggestPrison #TrueLives

Tempted to go out and break the law in some way… Prison looks delightful! I’m wasting my time/life working 9-5, struggling to pay bills etc. I could be living the life of Riley inside there…. #biggestprison

There are kids waiting years for outpatient appointments in hospitals,children who cant get access to proper education&yet it seems all you have to do is commit a crime in Ireland,get sent to prison&have private yoga lessons from a former Olympic boxing coach🤔 #BiggestPrison

Therapists. Drama classes. Yoga instructors.
Is this program trying to deter people from a life of crime or entice them in? 🤔 #BiggestPrison

Im thinking to go and Rob a Bank

Is this programme for real ?
Drama and pottery classes.
Private Yoga instructers #biggestprison

Why do Irish nurses have to endure cutbacks, yet this country can still afford to employ an ex-Olympic boxer for private yoga lessons? Where’s the logic? #biggestprison #biggestjokeofacountry

The show focused in on prisoners like Darren – who had been in and out of prisons since he was 20. He is now on good behaviour in his 40s.

Ye see, this Darren lad is coming across very well. He’s articulate and hopeful & all things reformed….. only he’s not though. I can’t help but think he’s scourged his family / society & there’s a reason he is where he is & unfortunately why he’ll be back again. #BiggestPrison

Twitter user Philip Nolan gave his two cents on the prison process being about punishment and rehabilitation.

I don't subscribe to the 'prison is too easy' view. Prison should have two facets – punishment, through deprivation of freedom, and rehabilitation, to help ensure criminals don't re-offend. You can't just cast people aside and give up on them. #BiggestPrison #MidlandsPrison

The issue of life after prison was also raised.

Three days before he leaves he's handed a housing application. Surely that work can be done with prisoners weeks before they leave. What chance do people have being released into homelessness. #BiggestPrison

All in all, it kept us all eagerly looking forward to the next episode.

Looking forward to next weeks episode of #BiggestPrison.