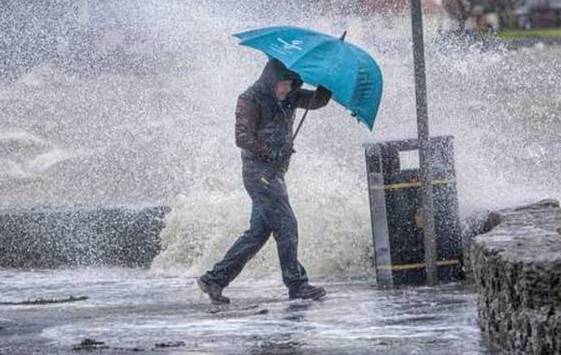 A local weather forecaster has predicted that the first storm of 2019 will hit us on Friday.

Storm Erik is set to land on our shores tomorrow morning and Cathal Nolan from the Midlands Weather Chanel is predicting that it will bring gusts of 120km/h across the midlands.

He said: “After a relatively calm period between mid December and throughout January our weather certainly looks like becoming a little more wild through the coming 36 hours or so as what will be named Storm Erik approaches Ireland from the west.

“Erik is likely to bring winds in excess of 130km/h, possibly pushing towards 140km/h in Atlantic coastal fringes, during tomorrow morning, before transferring across the country during the early morning and afternoon with gusts inland of up to 120km/h.

“Coastal flooding may also become an issue in Atlantic coastal counties as a combination of high tides, storm surges and large waves seem likely. West facing Atlantic coastal areas are most at risk of any flooding.

“This particular storm is likely to cause some disruption to flights and ferrys, with cancellations or delays highly likely in Shannon, Cork, Donegal, Kerry and possibly Dublin airport. With sea crossing on the Irish Sea possibly in doubt also.”

Met Éireann yesterday issued a Status Yellow Weather advisory for the whole of Ireland on Friday.

The advisory comes into effect from 6am on Friday, February 8th, remaining in place until 8pm that evening.

Met Éireann warn that it will be very windy throughout the day on Friday, with strong to gale/storm force winds and “severe gusts”. There is also expected to be “heavy showers” throughout the country later in the day.