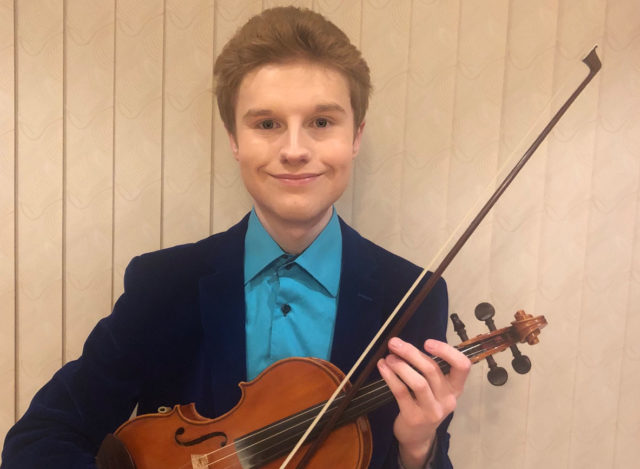 The fiddle competition was held in the Rochestown Park Hotel in Cork last week with the final broadcast live on RTÉ Raidió na Gaeltachta.

Senan is 18 and is from Dysart, Stradbally, Laois. He is currently doing his Leaving Cert in Mountrath Community School.

Senan is a multi-instrumentalist, and has achieved acclaim in both classical and Irish traditional music.  He has been playing violin since he was four years of age, and dearly loves it.

In 2017, Senan won the senior violin competition at the Sligo Feis Ceoil and later that day, he won the RTÉ Lyric FM Senior Instrumental Bursary competition of €1000.

In April 2018, he won the senior violin competition for a second year performing ‘Sibelius Violin Concerto’.

In 2018, he won the Under 18 Fiddle Airs competition at Fleadh Cheoil na hÉireann in Drogheda, a competition which he previously won in 2015 at Under 15.

In all, he has won seven All-Ireland titles at Fleadh Cheoil na hÉireann.

There was seventeen fiddlers in total competing in the final for the prestigious Seán Ó Riada Gold Medal.

While Senan did not win, he achieved he achieved high acclaim from the judges and is certainly one to keep an eye on.