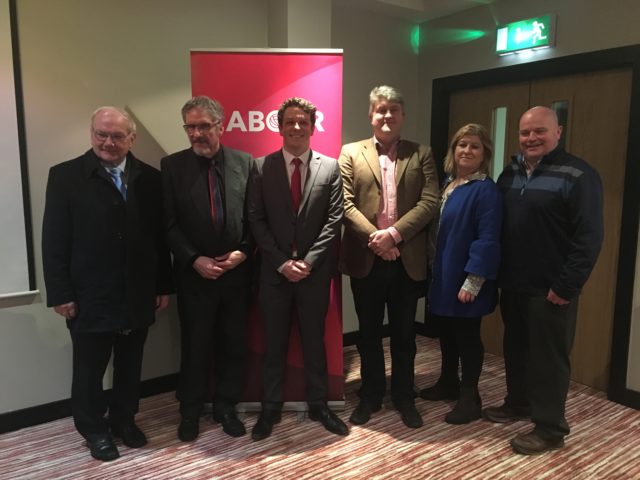 Among the issues spoken about by cllr Tuohy on the night was Midlands Regional Hospital in Portlaoise, which he has a long history of campaigning for, and ongoing work to improve the schools in Laois.

Cllr Tuohy said the most important issue to him was the devastating impact that suicide has had throughout Ireland and the importance of improving local mental health services.

Eoin Barry highlighted the importance of the Labour Party holding the event on the Laois- Carlow border. He spoke of the lack of political representation that the area has had for many years.

Mr Barry said that in his campaign he would highlight the contribution that volunteers make in their communities, the importance of local businesses and the role local government can play a key role in protecting the environment.

Both men were also highly active in campaigning for the current President Michael D Higgins in the presidential election last October.

The meeting was well attended by Labour Party members, including former TD Michael McNamara who is now seeking the Labour Nomination for the Europe South Election.