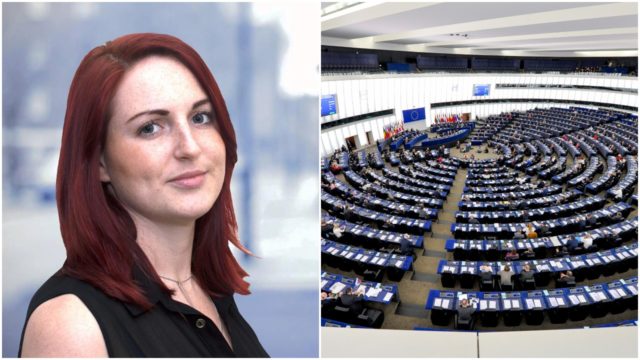 People Before Profit have selected a Carlow Candidate to run in the Ireland South constituency for the European Elections.

Adrienne Wallace is from Cork but now lives in Carlow, she worked as a bar-tender before becoming a campaign organiser across the South East.

Ms. Wallace has campaigned against the lack of 24/7 Cardiac Care in Waterford, she has been vocal against the cuts to Children’s mental health services in Wexford, she founded the South-East Coailtion for Repeal to give rural Ireland a voice for choice and is at the fore-front of campaigning for an end to the housing crisis.

Ms. Wallace said: ‘It’s an exciting time for politics in Ireland. People power has reshaped the landscape and challenged a decaying and stale system.

“I am fighting to represent the next generation who are fighting for a better future and to bring the voice of workers to the fore.’

Ms Wallace will contest the European elections on a number of key issues including ensuring that their is no hard border, on an opposition to PESCO, on fighting what she calls the ‘democratic deficit’ of the European Union and by taking a hard stance against those who are ‘trying to wrap barbed wire around European borders and allowing refugees to drown in the Mediterranean’.

On Brexit Ms. Wallace said: ‘We are totally opposed a hard border.

“Not only is it completely inconvenient for the thousands who live in border areas and regularly travel to and fro, it will also lead to the strengthening of partition and possibly a resurgence of sectarian violence.

“We are calling on the Irish government to ensure they do not allow a hard border go up, even if they are told to by the European Union.”

People Before Profit are opposed PESCO and are campaigning to ‘build homes not war’. Ms. Wallace added: PESCO was a move to dramatically increase arms spending and erode Irish military neutrality, without any public debate. It requires participating member states to increase defense budgets.

“This would quadruple expenditure to close to €4 billion annually and take billions away from solving the current housing and health emergencies.”

Ms. Wallace said: “Across the globe we are seeing the status quo crumble. This election will be about ensuring something progressive replaces the austerity agendas that have clearly failed.

“The 2019 European Parliament elections will change the EU’s Political Dynamics – I will be fighting for more democracy, for more migrant rights, greener policies and a shift away from privatization.”

The People Before Profit candidate will be looking for Laois votes following changes to the constituencies for European Election purposes. For the last five years, Laois and Offaly were part of the four-seat Midlands North West, a constituency that elected Luke ‘Ming’ Flanagan (Independent), Mairead McGuinness (Fine Gael), Matt Carthy (Sinn Fein) and Marian Harkin (Independent).

But both counties have now moved to Ireland South, a five-seat constituency which consists of the six Munster counties plus Laois, Offaly, Wexford, Wicklow, Kilkenny and Carlow.