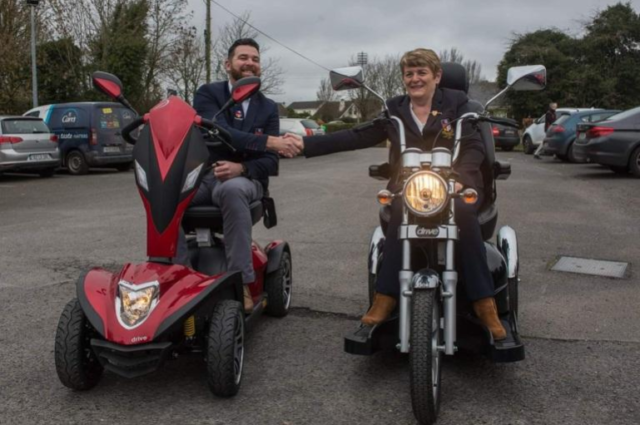 A hugely impressive crowd of 88 golfers took to Portlaoise Golf Club to welcome the new Captain and Lady Captain, Declan Dempsey and Anne Delaney, and to wish them the very best in the year ahead.

There was huge anticipation as to see their entry, with a number of golfers asking Declan’s wife Siobhan as to how they would arrive. She too was left in the dark.

At 10.15 am, both the captain and the Lady Captain entered the car park with elegance and style.

Led in by club member Arthur O’Neill on the bagpipes, Declan and Anne arrived, much to the delight and applause to the awaiting crowd of members, family and friends.

Both Captain and Vice Captains held a toast of champagne before posing for photos with everyone who was playing.

A group photo was taken and after a quick change, they were both on the first Tee box to officially start the Captain’s Drive In 2019 and to begin the golfing calendar.

Due to the large crowd, the format became a four-person scramble.

A shotgun start at 11 am began the competition and members, both new and old thoroughly enjoyed the days golf.

After the round of golf, the dinner was served and following the dinner, the presentation of prizes was held.

The teams that were presented with prizes saw a mixture of members both new and old.

The team that finished in third place, with a net sore of 49.1 was Susan Delaney, Gabriel Bowe, Paul Brannigan and Ken Farrell.

In second place, with a score of 48.3 was Ollie Bartley, Pat McEvoy, Jaime Kelly and Catherine Bergin.

The winners of the Captain’s Drive in, with an impressive net score of 47.4, was Trevor Whelan, John Seale, Coleman Dooley and Sarah Buggy.

During the Presentations of the prizes, Both Captain Declan and Lady Captain Anne thanked Ger McEvoy for having the Course in such excellent condition.

They also thanked the Ladies Committee for the decorations, thanked Bosco and his team for the food and thanked all players for the support on the day. 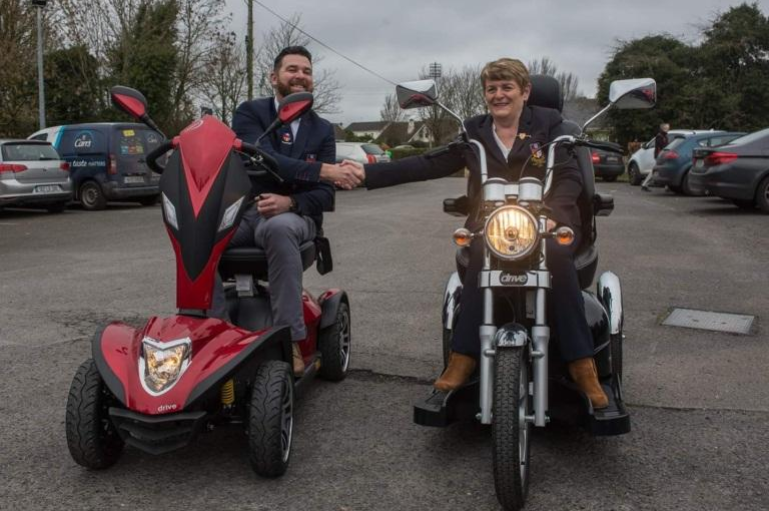 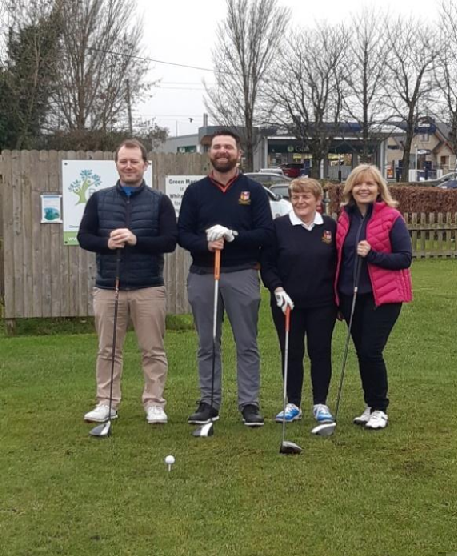 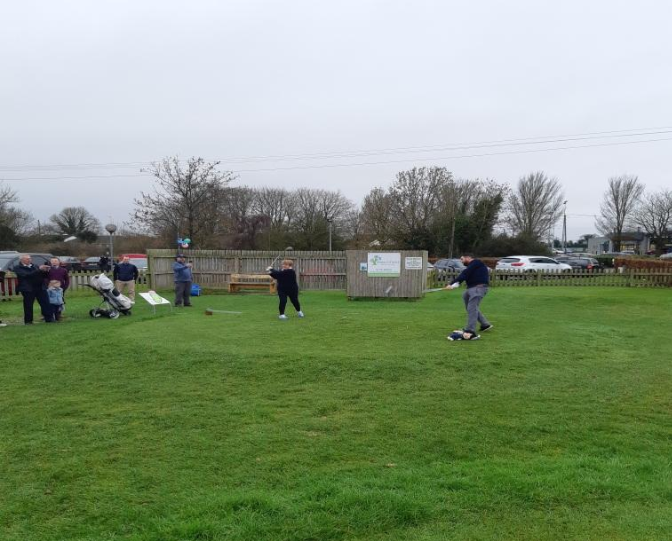 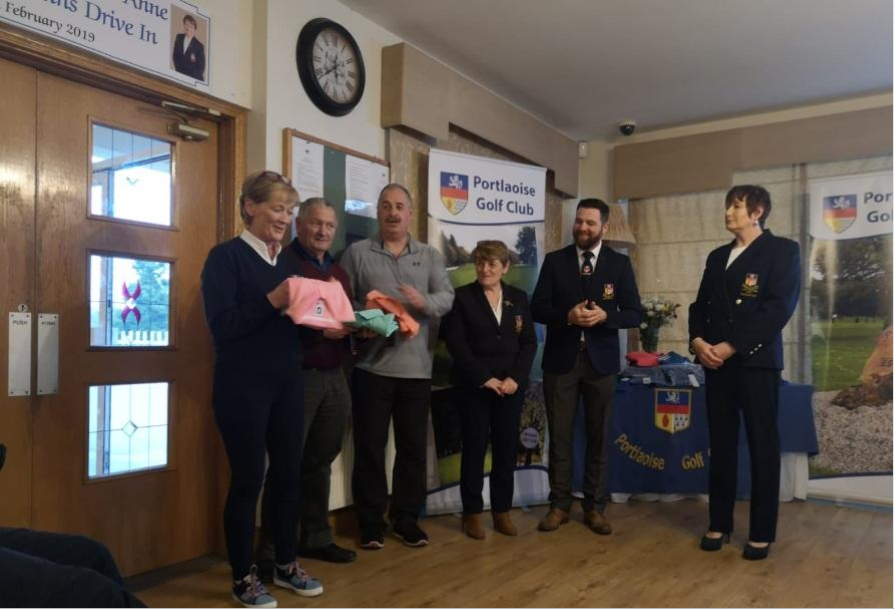 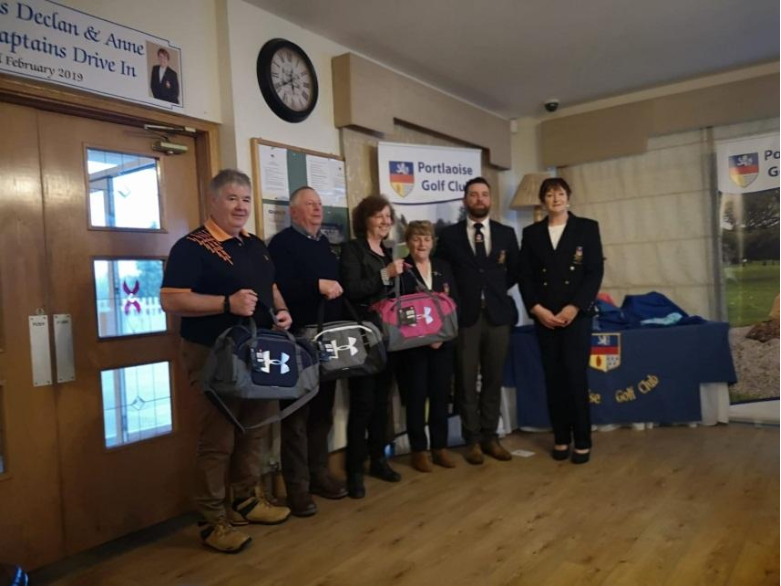 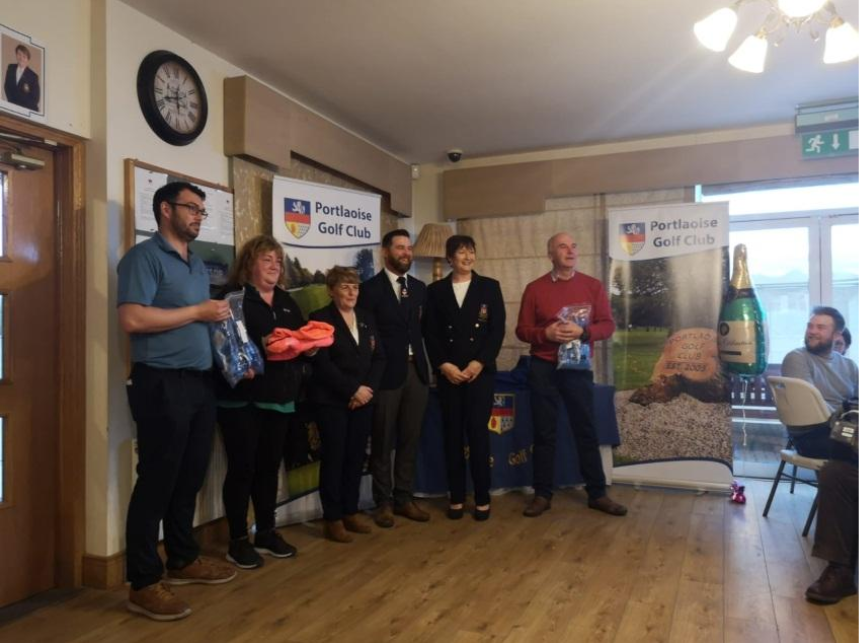