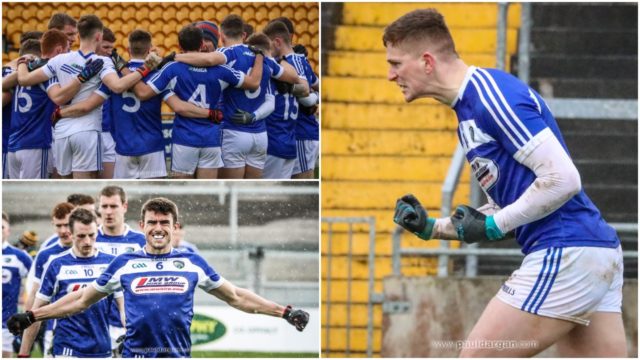 After a wonderful trial success, Laois GAA are back with their club colours day initiative as the Laois footballers host Carlow in O’Moore Park this Sunday.

Under 16s have free entry on the night.

The Laois senior footballers play their last game in Division 3 this weekend but even if they win it, they most likely will not know whether or not they will be promoted.

However, if that exact combination of results does not occur, the final will have to be pushed back as the game between Westmeath and Louth which was postponed on Saturday due to an unplayable pitch will come back into focus.

The first club colours game hosted by Laois GAA was in February, when the Laois hurlers defeated neighbours Offaly in what ended up being a saving game from relegation.

The winner of that competition was Portarlington GAA club.

So grab your club hoodies, hats, scarves and headbands and head to O’Moore Park on Sunday and be in with a chance to win this prize for your club.