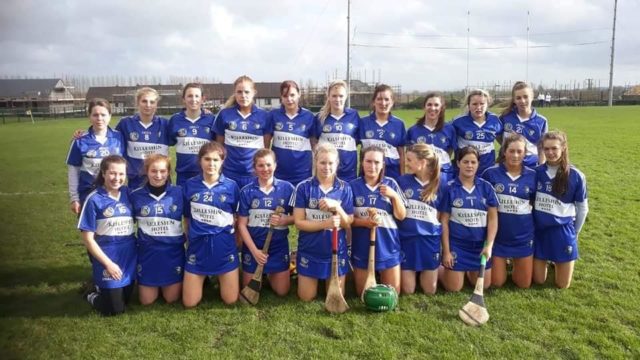 Laois are out in their final group game of division 2 against Antrim this weekend.

Here’s the guide of what you need to know before the game:

Laois take on Antrim at home in Durrow on Sunday, March 24 at 2pm.

There is mixed news on the injury front for Laois. Captain Alison McEvoy has returned from a hip injury and will be back for this game after missing the Dublin game three weeks ago.

Full-forward Kirsten Keenan was out for a minor game against Roscommon but returned for their meeting with Meath last weekend.

Meanwhile, Niamh Dollard is still out while Olga Parkinson could be set to miss the game with her shoulder injury.

What have Antrim been like so far this season?

So far in this league season, Antrim have played three matches – winning one and losing two. Aidan McKeown’s side have the exact same track record as Laois – defeating Dublin and losing to Kilkenny and Derry.

As a result, Antrim are currently on the same points as Laois – three. Laois lead Antrim on points difference.

The man in the middle for this game is Gavin Donegan from Dublin.

There is one other division 2 game on this weekend. Bottom side Dublin play Derry in Parnell’s GAA in Coolock at 3pm.

A win for Derry would see them go top of the table over Kilkenny, while a high-scoring win for the Dubs could save them from relegation, as they would go level on points with the losers of Laois v Antrim.

There is no curtain raiser for this game. Laois camogie minors played Limerick yesterday, Saturday March 23.

SEE ALSO – EXPLAINED: How the Laois senior footballers can reach the Division 3 final