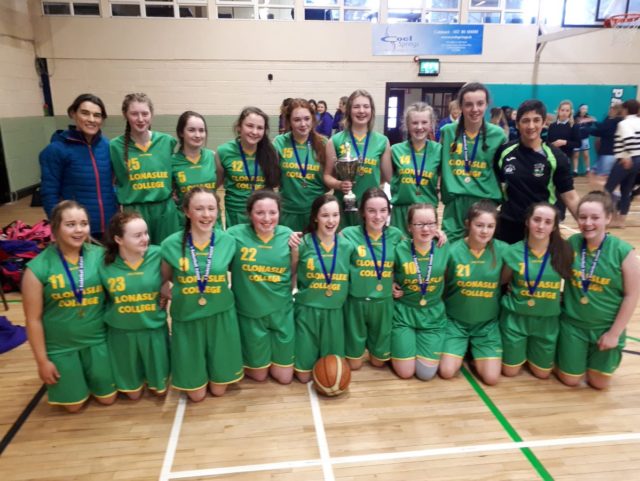 Scoil Chríost Rí and Clonaslee College battled it out for the Division A Regional Final trophy last Friday in St Mary’s Hall, Portlaoise, with Clonaslee emerging as one point winners. The two schools are known for their amazing basketball teams.

It was a tight game from start to finish. Both sides matching each other with a basket. Neither side backed down without a fight.

No one knew which team would win, it was a perfectly matched game. Both sides knew the game would come down to a few points.

In the last few seconds of the game Clonaslee got six free thrown-ins. This gave them a chance to push ahead of Scoil Chríost Rí and take home the trophy.

Clonaslee saw this opportunity and took advantage of it. Ruth O’ Brien was in the perfect position and took her shot.

Her shot won the match for her side. The shot was took in the last few seconds of the game. A single point separated the two teams.

Scoil Chríost Rí put up a brilliant fight throughout the whole game. Well done to both teams for getting so far.

Good luck to Clonaslee who will continue on to try and win the Basketball All-Ireland.