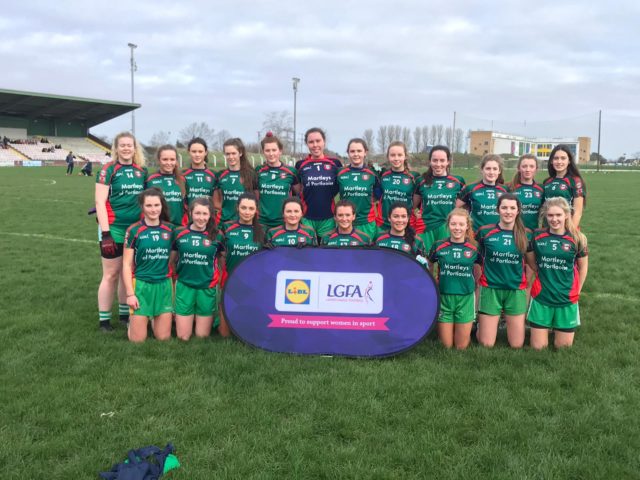 It’s all systems go for Scoil Chríost Rí as they are in an All-Ireland Post Primary Senior ‘A’ final against Loreto Clonmel of Tipperary today.

This school’s team is a setup that has been hungry for greatness from the off.

Scoil Chríost Rí began their path to the final by defeated Loreto Wexford in round one of the competition.

They then defeated Colaiste Iosagain Dublin on a scoreline of 13-11 to 0-8. In round three they came up against Loreto Navan in Meath – this time winning 5-16 to 1-9 to set them up for the Leinster semi-final.

Here they faced Eureka Kells Meath – again winning on a triumphant scoreline of 8-10 to 4-8.

The Leinster final was set up for a showdown with Moate CS from Westmeath.

A first half hat-trick from corner forward Orla Hennessy did the trick for Scoil Chriost Ri as they claimed back-to-back Leinster titles in McCann Park on that cold January day.

A spectacular seven-goal display against Presentation College Tuam of Galway saw Scoil Chríost Rí cruise to this weekend’s All-Ireland finale – where they face the team that knocked them out of last year’s semi-finals.

Also vying for All-Ireland glory today are the Knockbeg 16 team in the ‘A’ championship.

You can view all the updates of the game on the live blog here.