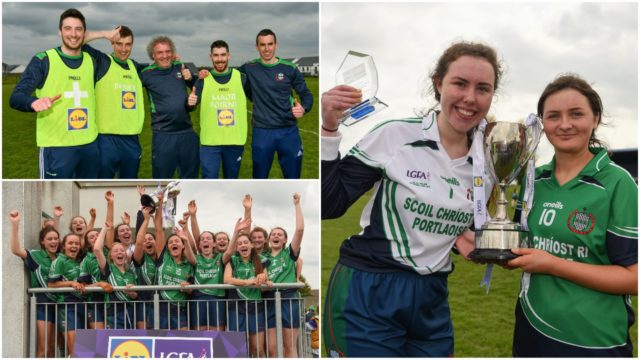 What a remarkable group these Scoil Chriost Ri girls are.

Their competitors, Loreto of Clonmel, were first out of the starting blocks and threatened around the Scoil Chríost Rí goal for much of the 60 minutes.

Aoife Hyland-Conlon gave the performance of her life in goals and stopped five almost assured balls from hitting the back of her net.

Rebecca Reddin and Niamh Crowley held much of the Loreto attack at bay while Alice Dunne was immense at coming out with crucial ball during the second half.

Erone Fitzpatrick put in serious mileage down the wing throughout the game while herself, Sarah Larkin and Orla Hennessy were the source of the three goals.

This win marks a superb achievement and years of work put in by both players and management to be crowned the best school football team in Ireland.

Speaking to Ladies GAA, player of the match Hyland-Conlon, captain Fitzpatrick and manager John Scully reflected on what was a historic day.

Check out each of their interviews below:

🏆 ‘This has been the goal all the way along’