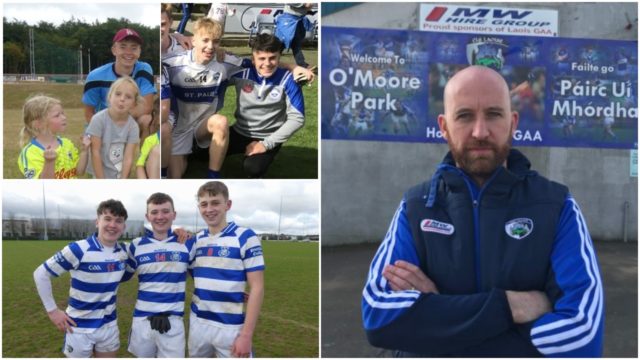 Donncha and his managerial team have spent the last number of months finalising their panel.

A total of 14 clubs are represented in total with Portlaoise leading the way with five players.

Stradbally and Ballyroan-Abbey both provide four each while Graiguecullen come next with three.

The boss has also named his captain for the year ahead with Emo’s Sean Greene being bestowed the honour.

He was on the team last year and the experience he gained from those games will undoubtedly prove vital.

Greene will be assisted by Arles-Killeen’s Oisin Byrne who will act as vice-captain.

He is set to miss the remainder of the year however after suffering a serious knee injury in a recent challenge game against Wexford.

A high contingent of the panel were on the Knockbeg College team that reached the U-16 All-Ireland final as Lee Byrne, Jamie Kelly, Orrie Doran, Ciaran Burke, Oisin Hooney and Oisin Byrne all featured.

The panel also includes a number of players who were on the panel last season.

Kilkenny are taking part in the championship this year so three groups of four have been drawn with Laois placed in Group 1 alongside Carlow, Longford and Westmeath.

The top two teams in each group will advance to the quarter final while the best two third placed teams will also join them.

Laois begin away to Carlow on Tuesday April 23 before hosting Westmeath and then concluding the group away to Longford.