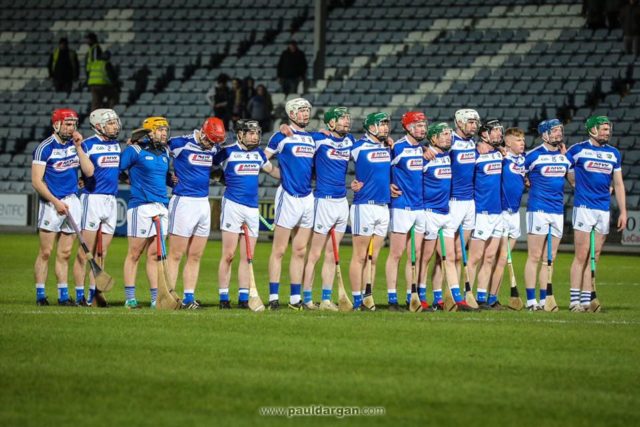 Although the fixture details and round meetings were announced by the GAA last October, they have only just officially announced the confirmed times and venues for each clash.

The Laois hurlers will begin their 2019 Joe McDonagh Cup campaign with a trip to neighbours Offaly on Saturday May 11 at 7pm.

Unlike 2018, when there were six teams, this time there are only five – Laois, Offaly, Westmeath, Antrim and Kerry.

Laois are away to Offaly in Round 1, at home to Antrim in Round 2, have a bye in Round 3 before travelling to Kerry in Round 4 and finishing up at home to Westmeath in the final round.

This will be the first time that Offaly have competed in the Joe McDonagh competition, while last year’s winners, Carlow, have been promoted to the Leinster championship for this year.

The hurlers received a massive boost this week as it was revealed that Ross King has returned to the side for the Joe McDonagh campaign.

The top two teams from the five-team group will contest the Joe McDonagh Cup final which will again will be played as a curtain raiser to the 2019 Leinster final in Croke Park.

The winner will be promoted to the Leinster championship in 2020 and the two finalists will also play in an All Ireland qualifier game against the 3rd placed team in Munster or Leinster.