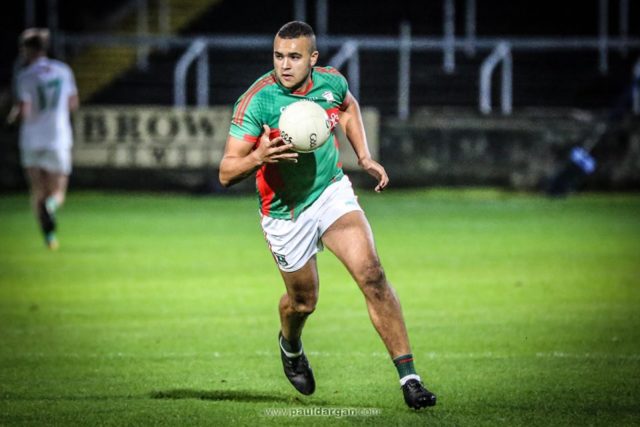 Tonight marked a busy evening on the Laois GAA club scene with four games in the ACFL division 1A as while as two occupying division 1B.

Arles-Kilcruise and Portarlington proved somewhat of a suprising result in a draw tonight, while Graiguecullen took home the spoils from The Heath

There was only a point between these two sides at the interval, but a number of missed chances and breakdowns in possession for The Heath saw Graiguecullen emerge with the points tonight.

James Bolton, Michael Hand and Jamie Sheeran were particularly impressive for the visitors, overturning possession well in the second half to keep The Heath to a handful of scores on resumption of the break.

Graiguecullen started the stronger of the teams, with Jamie Parr converting the first of their frees under the one minute mark.

The Heath midfielder James Nerney played his part in setting up two scoring chances from overturned balls but the home side were unlucky to see both efforts fall short and into the hands of Graigue goalkeeper Danny Bolger.

Andrew Booth registered the first point for The Heath after being set up nicely by wing-back James Phelan.

Parr secured the second Graigue point after some stellar work down the line by Luke Alsbury. Corner forwards Robbie Dowling and Booth raised the white flags for The Heath while Danny Alsbury’s effort at the opposite end left the sides all square after 10 minutes.

Parr pressure on The Heath half-back line paid off in a point off the booth of Ross Hennessy to leave Graiguecullen go one clear. Conor Booth equalised for the home side while a foul on Aaron Forbes left Parr converting a free on the 21 yard line with ease to bring Graiguecullen back into the lead on five points.

A 45′ taken by Conor Booth would be the last score for The Heath in the opening half as Graiguecullen goalkeeper Bolger made two tremendous saves – one after a mistake from the kickout – to keep The Heath goal-less tonight.

Parr concluded the scoring in the opening half as Graiguecullen went in one ahead – six points to five – at half-time.

The Heath began the second half with four chances to get on the scoreboard but missed each time. Graiguecullen pulled back control of the game as James Doogue’s effort hit the upright and over the bar to put two between the sides.

As goalkeeper Daniel Bolger stepped forward for a free, followed by a free and point from play for Aaron Forbes, Graiguecullen increased their lead to five points.

The Heath substitute Evin Keane showed his accuracy in front of the posts from a placed ball while Jamie Sheehan crossed the bar in the path of Ross Hennessy who raised the white flag for Graigue.

Danny Alsbury and Michael Hand both contributed for Graigue while Forbes, Sheehan and James Bolton tackled tremendously to overturn The Heath in possession.

Hennessy used his pace to cut open The Heath defence and slam the ball into the net to raise the green flag with Hand followed with two points to make it 1-15 to the visitors.

Frees from Keane, Phelan and a Brian Ging point lessened the deficit but Graiguecullen’s second half caused them to finish worthy victors in The Heath tonight.

A good result for Arles-Kilcruise and a game they almost won if it weren’t for a calm and collected Jake Foster who levelled the game with a free in the final minute of play.

David Conway was the main scoring force for the Kilcruise men – scoring 1-4 in total and setting his side up nicely with that goal in the opening half. Points chimed in from Fran Miller and Dermot Nolan to leave it level at half-time; Arles-Kilcruise 1-4 to seven points.

Liam Whelan was the talking point in the opening minutes of the second half, as he slotted away a goal on the rebound after a great shot by midfielder Fran Egan. That crucial Jake Foster free levelled the game as the sides come away with a point a piece.