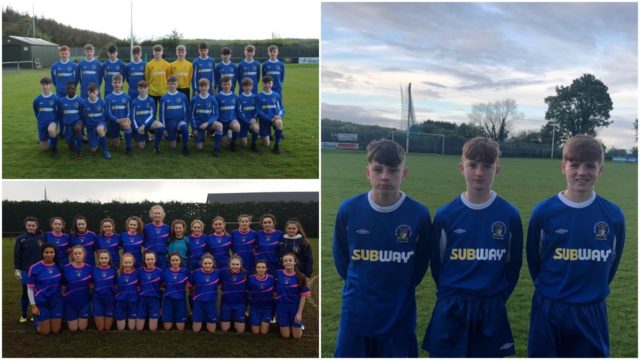 The Midlands Schoolboys and Schoolgirls soccer league has announced its three squads that will compete at the national competitions this summer.

Two Midlands squads will compete in the Gaynor Cup, the girls competition, at U-13 and U-15 level in Limerick.

While the boys will also be in action in the Kennedy Cup which is an U-14 competition.

Emo Celtic, T&S United and Portlaoise AFC are the three Laois clubs that have players on the respective squads.

The Midlands have been drawn in Group 4 as top seeds alongside Dundalk, Mayo and North Eastern Counties Schoolboys League.

Meanwhile, Portlaoise AFC have one player on the U-13 Gaynor Cup squad whille T&S United have one on the U-15 team.

This is a piece of history for Timahoe based T&S United as Eimear Devoy will become the first ever player from the club to play at the Gaynor Cup.

Eimear’s achievement is made even more remarkable given the fact that she will be eligible to play at U-15 level again next year.

The U-13s are in Group 1 as second seeds alongside MGL South, Limerick County and Waterford.

Meanwhile, the U-15s will take part in the Trophy alongside Mid Western, Kildare, Limerick County, Clare and Kerry.

The SFAI New Balance Kennedy Cup 2019 will take place in University of Limerick from Tuesday June 11 to Saturday June 15.

Both Gaynor Cup competitions will also take place in University of Limerick. The U-13 team will take to the pitches on the weekend of June 1, 2 and 3, while the U-15s will play from June 27 to June 30.

Check out the three squads below: