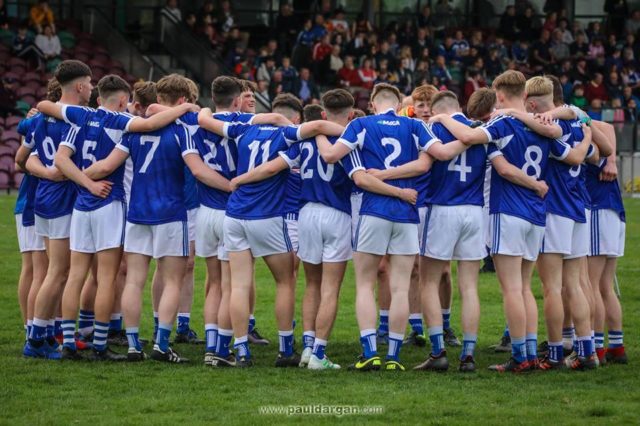 Goals from Oisin Hooney, PJ Ward and Brian Whelan help Laois turn a seven point half time deficit into a one point win.

The game was so incredible that Talking Points are going to be required to accurately report it all.

Westmeath flew out of the traps and were two points up with less than a minute played.

Dan Leech got both of those and then added a third before Ben McGauran took Westmeath’s tally to four with only three minutes on the clock.

Laois really struggled to win primary possession in the opening ten minutes and although Colin Dunne raised a white flag with Laois’s first attack, disaster was soon to strike for the O’Moore men.

Ronan Hurley kicked a 45 for Westmeath who then had the ball in the net after seven minutes.

Laois keeper Michael O’Connell misplaced a handpass straight to Ben McGauran who popped the ball in to Devin Hill who tapped it into an empty net.

McGauran added another point and Westmeath led 1-6 to 0-1 after 12 minutes.

In fairness to Laois, they did steady the ship somewhat from there to half time and outscored Westmeath with Brian Whelan landing two frees and substitute Paul O’Flynn kicking another.

But McGauren and Hill added further points to leave Westmeath 1-8 to 0-4 ahead at the break.

Laois needed to start the second half well but instead Westmeath extended their lead through Ben McGauran.

Luke Buckley got another and Laois badly needed a spark which PJ Ward provided when he won a Westmeath kick-out and charged past five defenders before rattling the net.

Rioghan Murphy then kicked a point from the wing to put five between them with 20 minutes to play.

Westmeath were then denied a certain goal when keeper Michael O’Connell atoned for his earlier error by pulling off a stunning save at point blank range.

And Laois went straight down the other end where Rioghan Murphy picked out Oisin Hooney and he scored a truly unbelievable goal from 20 yards to cut the gap to two with 15 minutes to go.

Ben McGauran replied with a free but Dunne wiped that out as we entered the final ten minutes.

And then Laois were awarded a penalty when Eddie Critchley was fouled and Brian Whelan, the hero of last week, sent the keeper the wrong way to give Laois the lead for the first time.

Incredibly neither team would score again and a number of dramatic blocks and saves saw Laois prevail.