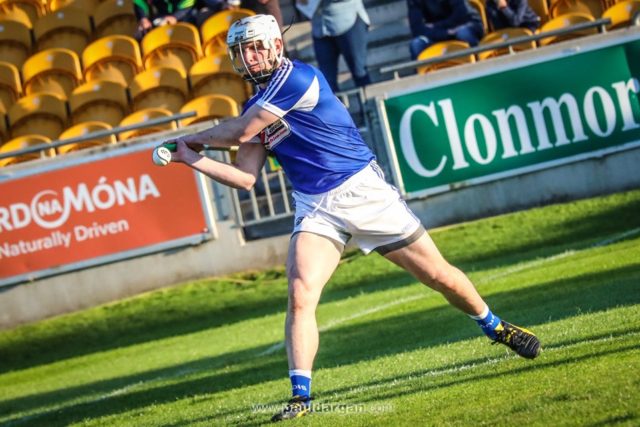 Laois take on Antrim in Round 2 of the Joe McDonagh Cup in O’Moore Park at 3pm today, Saturday May 18.

Both sides come into the game with a win behind them, with Laois defeating Offaly and Antrim seeing off Kerry in their opening games last weekend.

Here we guide you through what you need to know ahead of the game:

Laois manager Eddie Brennan has announced no changes to the starting 15 following the victory over Offaly last weekend.

Donnacha Hartnett, Matthew Whelan and Joe Phelan all make up the full-back line, with Hartnett and Phelan switching numbers 2 and 4, respectively.

The same switch occurs on the half-back line, with Padraig Delaney and Lee Cleere swapping numbers 5 and 7.

John Lennon and Jack Kelly are down to start in midfield while the forwards line out as before.

What have Antrim been like in the last couple of seasons?

Antrim powered to a suprisingly high-victory over Kerry last weekend. Defeating the visitors by 3-19 to 14 points, Ciaran Clarke, Nicky McKeague and Nigel Elliott all raised the green flag for the Saffrons.

They recorded wins over Meath and Carlow in the round robin stage while losing to Laois, Westmeath and Kerry.

Despite finishing second-last, midfielder and freetaker Neil McManus was the competition’s top scorer with 3-67. McManus was also the top scorer in a single Joe McDonagh Cup game in 2018, registering 17 points against Kerry.

The bottom team after the round robin games, Meath, were relegated to the 2019 Christy Ring Cup.

Laois managed to ground out a one point win over Antrim to give their Joe McDonagh Cup hopes a lifeline in May last year.

Laois were reduced to 14 men – and despite leading by five points as they entered second half injury time, they just held on to win by one in the end.

Enda Rowland made brilliant saves in the goals while captain Ross King ended the game with 11 points.

Laois started the day bottom of the table with Antrim top but that win, and one over Meath, did enough to keep the senior hurlers from avoiding a relegation battle.

In last year’s league, Laois hurlers saw off Antrim to maintain Division 1B status for 2019.

The man in the middle for this game is Patrick Murphy from Carlow. Murphy acted as sideline official in last year’s All-Ireland senior hurling final.

What other Joe McDonagh Cup game is on this weekend?

The other Joe McDonagh Cup taking place this weekend is between Westmeath and Offaly in TEG Cusack Park, Mullingar, at 3pm.

We’ll be live-blogging the game on LaoisToday.ie so you won’t miss a puck of the ball.