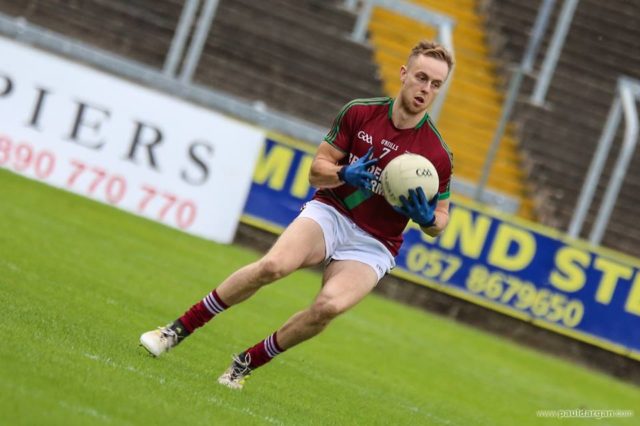 It was an evening full of league matches across division 1A, 1B and division 2.

The upset of the night came from bottom side Arles-Kilcruise defeating top of the table mainstays Portlaoise 2-7 to 11 points in Rathleague.

Meanwhile there was also a high scoring win for O’Dempseys against Graiguecullen, a victory for St Joseph’s over The Heath and a truimph for Portarlington over Ballyroan-Abbey.

Arles-Killeen edged a one-point victory over Mountmellick in division 1B while Rosenallis saw off neighbours Clonaslee by five points in division 2.

A late resurgence in the form of a Padraig McMahon goal was not enough to deny Portarlington this victory on home turf tonight.

After winning the throw-in, Portarlington set the stall early doors.

Jake Foster opened the scoring after 58 seconds by raising the white flag before Colin Slevin made the most of the tremendous playmaking abilities of Ronan Coffey to split the post for the home side again after four minutes.

Ballyroan-Abbey replied in the form of a Diarmuid Whelan free on the left-wing not once but twice, to level the game after seven minutes.

Conor McCarthy was in flying form for the maroon and green tonight – dispelling three Ballyroan-Abbey attacks out of the full-back line in the opening half to ease the threat on goal.

Alex Mohan accounted for Port’s third point as his effort hit off the upright and over while Slevin kicked his second, set up again by Coffey.

Coffey added his own name to the scoresheet to make it five points to Port while Ballyroan-Abbey eventually struck their third through MJ Tierney’s free off the ground in the 14th minute.

Scott Conroy and Coffey traded points while Slevin sailed his third over off the left boot after Adam Ryan found his centre-forward inside.

The second half started the same as the first – with Foster point early doors.

Ballyroan-Abbey kicked the next two over. MJ Tierney and Enda McWey combining efforts for McWey to finish while Tierney added another free to his tally.

Foster replied in the form of a free at the opposing end while Stephen Lyons made the best of a tight angle to leave Portarlington with 12 points to Ballyroan-Abbey’s seven.

Tierney sailed over his third free from an impressive 45 yards out but Port eased through the defence on the following kickout – Adam Ryan the man to put the final boot Portarlington’s 13th point of the game.

Laois U20 captain Whelan and Slevin traded points one immediately after the other.

Ballyroan-Abbey subsitute Cathal Doyle displayed his dominance in the air by winning the opposing kickout and sending it off to McWey for the visitors 10th point of the evening.

Cathal Bennett and Slevin raised the white flags while Ciaran Carroll’s mammoth effort made it 11 points to the visitors while Portarlington reached 17.

A 60th minute goal blasted in to the bottom right corner by former intercounty star Padraig McMahon wasn’t effort to reduce the home side’s lead and a final Jake Foster free saw them finish with four points to spare – 0-18 to 1-11.

What started as a fast pace game turned into a game of goals for the visitors tonight.

A youthful O’Dempseys has the upper hand on a more experienced Graiguecullen side, some exceptional scores from both teams.

It finished 3-4 to 0-8 at the interval before the visitors pushed on in the second half.

Eoin Finlay, Matthew Finlay, Barry Kelly, Dan McCormack and Pat Maher were the men behind the goals for the blue and yellow while Conor Meredith, Barry Howlin and Johnny Kelly supplied the points.