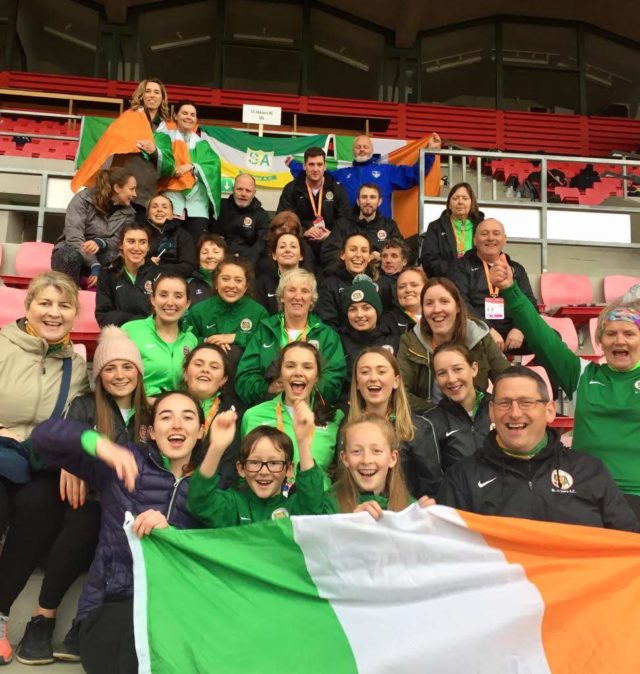 On Saturday the 25th of May 2019, St. Abban’s AC in Monavea, Co. Laois took on the might of Europe in the European Club Championships in Tampere, Finland.

As the contingent had arrived on the Thursday, everyone had their bearings. It was relaxing morning with an 11:30 start, albeit with a little apprehension for what the day would hold.

To start the day a group of supporters tried out the Tampere Parkrun, while our athletes, coaches and managers prepared for the day ahead.

St. Abban’s AC had a competitor for 18 of the 19 events, just missing out on the Pole Vault. 8 degrees temperature and constant rain were forecast and unfortunately it was accurate.

Club raincoats, hoodies and beanie hats were essential gear. Supporters were spotted sneaking to the local H&M between events to buy extra layers and even blankets.

It was nice to have some Irish company this year with Clonliffe Harries representing Ireland in the men’s competition.

Once the first event kicked off at 12:00 it was an exciting, fully packed programme until 7pm that evening with event after event running exactly as timetabled.

It was a great experience for the athletes, some of whom are not used to competing at this level, adhering to official protocols.

Athletes had to get accustomed to call rooms, passport checks, random drug tests and lining up to be introduced to the stadium before every event.

It was as official as an Olympics, just without the crowd! It was the best start possible with maximum points gained in the first event.

Nessa Millet won the 400m Hurdle with a superb PB of 58.40 seconds. A great run by Nessa beating her 6 year old PB and National Junior record time after numerous years of injuries.

Emma Daly was next up for the Hammer Throw and it was a huge result for Emma getting 3rd place with a throw of 39.83m.

St Abban’s AC’s National Triple Jump Champion Saragh Buggy had four chances in her event. She broke with first jump but with a competitor as experienced as Saragh, it didn’t faze her.

Her second jump placed her in 3rd position with 12.77m and her third jump was the winner with 13:02m and enough for Saragh to win the whole event and again win top points for the team.

Maisy O’ Sullivan was our 800m competitor. It was a tough battle with very little between the places but a season best for Maisy with 2:10.35 and a welcomed 6th place position.

200m was the event for our first guest Catherine McManus from Dublin City Harriers. Catherine had a great run finishing in 5th position in 24.73 seconds.

The discus throw was the first event for Nicole Kehoe Dowling. Although the throwing ring was a good distance from the stadium, the supporters made sure our throwers could hear their cheers.

Clíodhna with a relaxed sprinting stride looked like she just coming full speed coming into the last 100m when everyone else was slowing down(from the lactic snipper).

Sinead Kelly was next up for the 3000m Steeplechase. It was a tough event in the cold conditions, the whole stadium were wincing each time she submerged into the ice bath with each lap.

Sinead battled on through each of the 7.5 laps to a 7th place finish.

The 100m was the second event of the day taken on by Catherine McManus. She ran all out to come 3rd in her heat in 12:15 and 6th position overall.

Maisy O’ Sullivan was competing again in the 1500m and had a super race with the 800m still in her legs. Maisy battled well to a 5th place position in 4:39.41 seconds.

The Shot Putt was Nicole Kehoe Dowling’s second event. Nicole finished in 6th position with a putt of 11.40 metres.

Ruby was back again for the 100mh and she blitzed her heat, in a super 14.71 seconds, coming 4th overall in the event.

Next up was Caitlin McDonald in the 5000m, it was a fast pace race from the start with the eventual winner finishing in 16.11 mins.

Caitlin battled on for the 12.5 laps finishing in 9th position. Emma Daly was back up for the Javelin, throwing 27.35m for an 8th place finish.

Next up was the 100m x 4 relays. Our triple jumper Saragh Buggy was our first 100m runner, she passed to our Kilkenny sprinter Clíodhna Manning.

Next was our hurdler Nessa Millet and she passed to her sister Ruby who gave everything in the last 100m sprint to finish 4th in their heat and eventual 6th place finish.

It was a super race by all four and every supporter was on their feet to cheer and congratulate the girls. Unfortunately the second relay wasn’t to be.

One of the team picked up an injury from a previous event and it was too late in the day to substitute another team member.

A disappointing end to the events but it wasn’t enough to dampen spirts. Hugs, smiles and cheers were still circulating at 7pm that evening for the closing ceremony as the wet, cold and tired contingent were truly proud of our 6th place in Europe finish.

St. Abban’s AC finished on 82.5 points after 19 events. Every athlete fought for every position, some super performances and although there was no medal each and every one are taking home experiences and memories to last a lifetime!

St. Abban’s AC would like to thank everyone that made Tampere 2019 possible, the athletes, coaches, managers, sponsors, supporters, parents and everyone else. 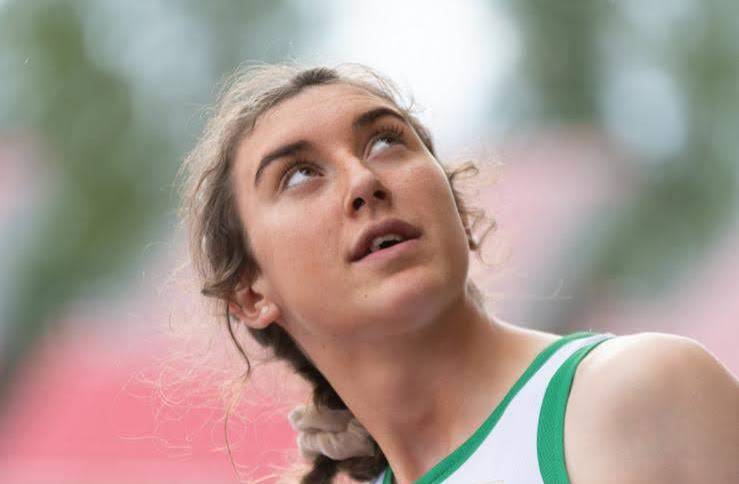 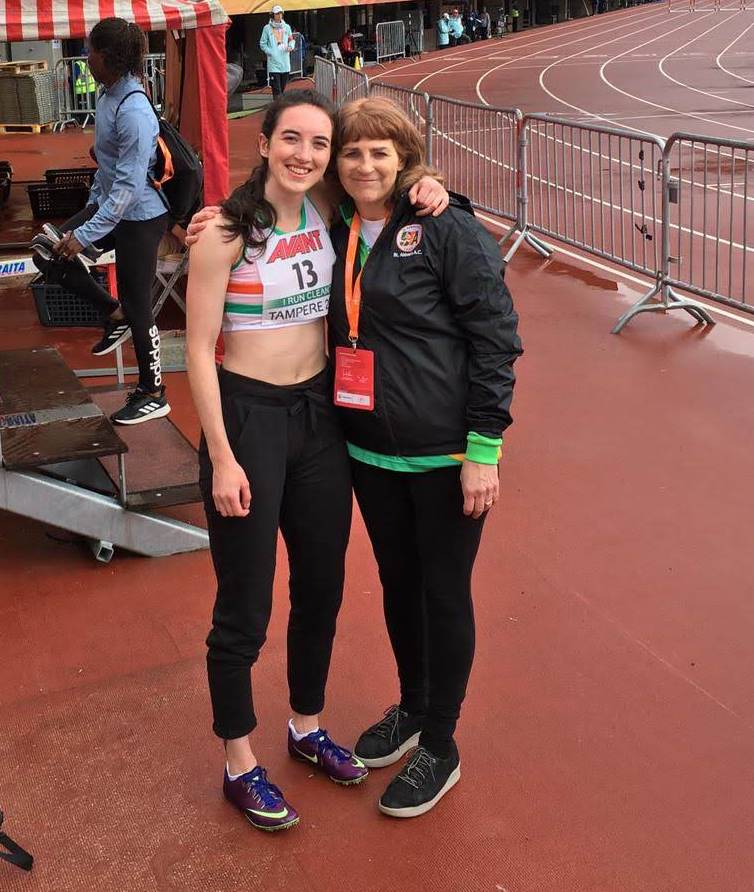 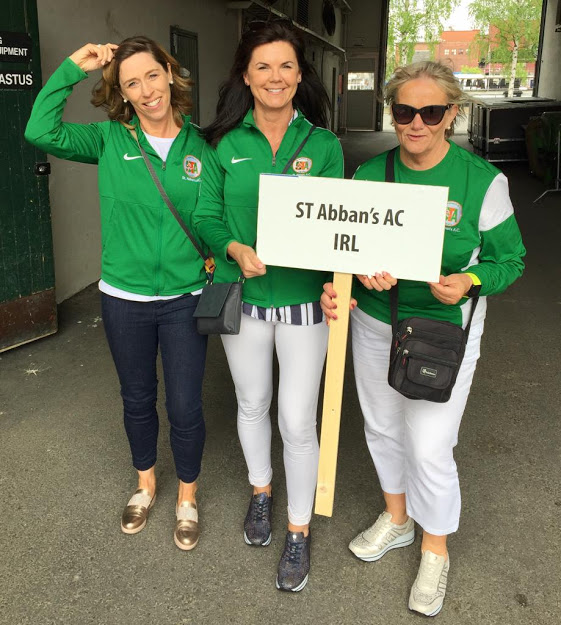 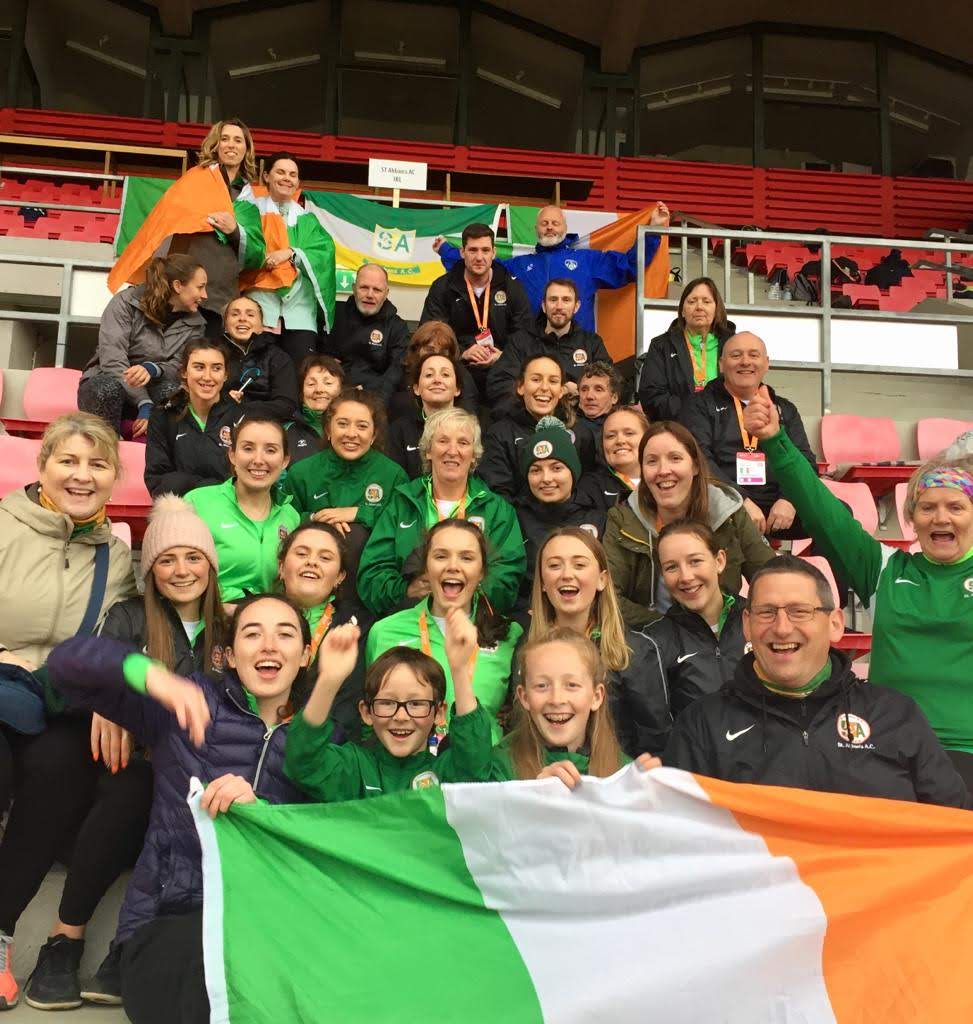 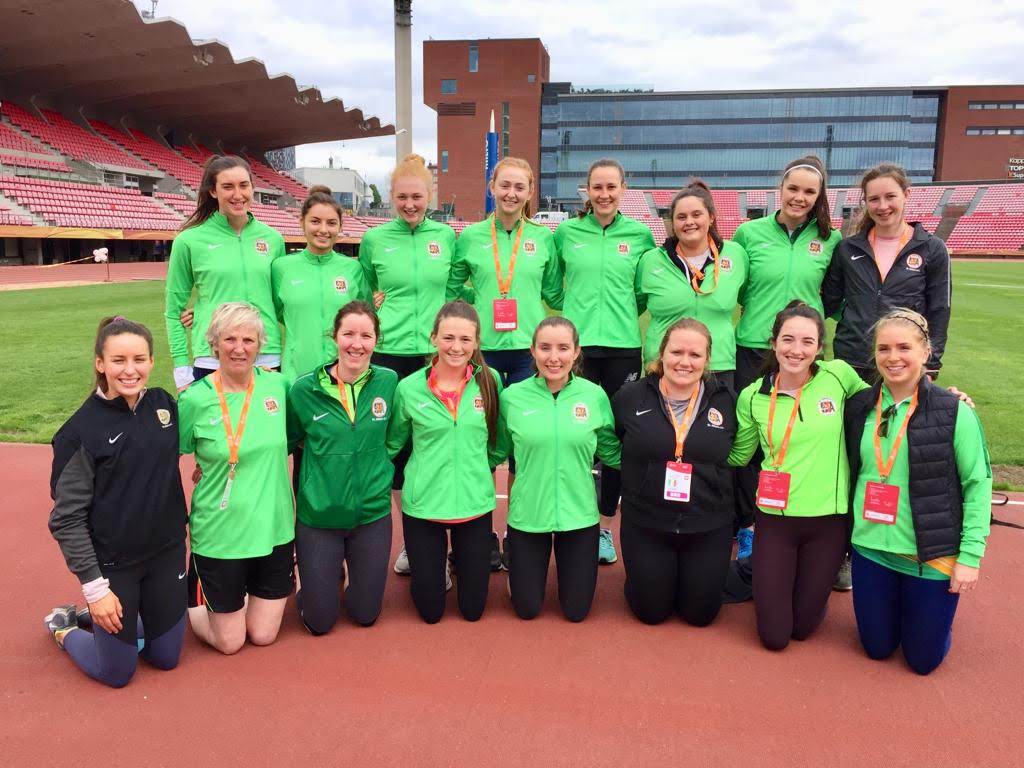 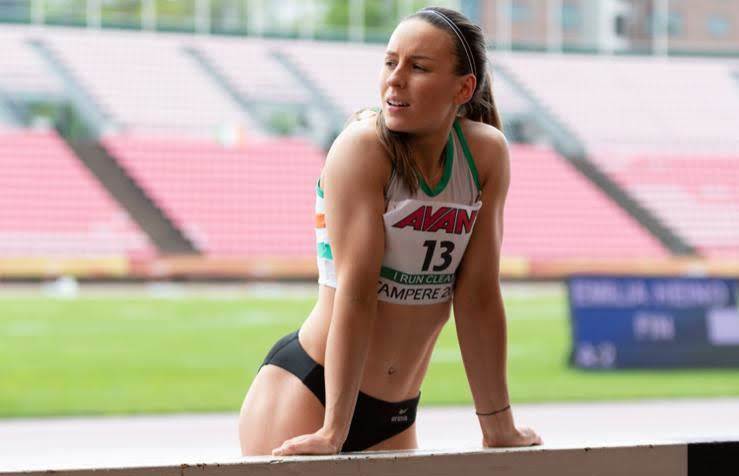